These Are The African Countries that Have Achieved Universal Health Coverage

What is Universal Healthcare (UHC)?

The World Health Organisation (WHO) defines Universal Health Coverage as access to key promotive, preventive, curative and rehabilitative health interventions for all at an affordable cost, thereby achieving equity in access. Universal Health Coverage is a set of objectives rather than a scheme, a direction rather than an endpoint, and an epicenter of the overall health goal. 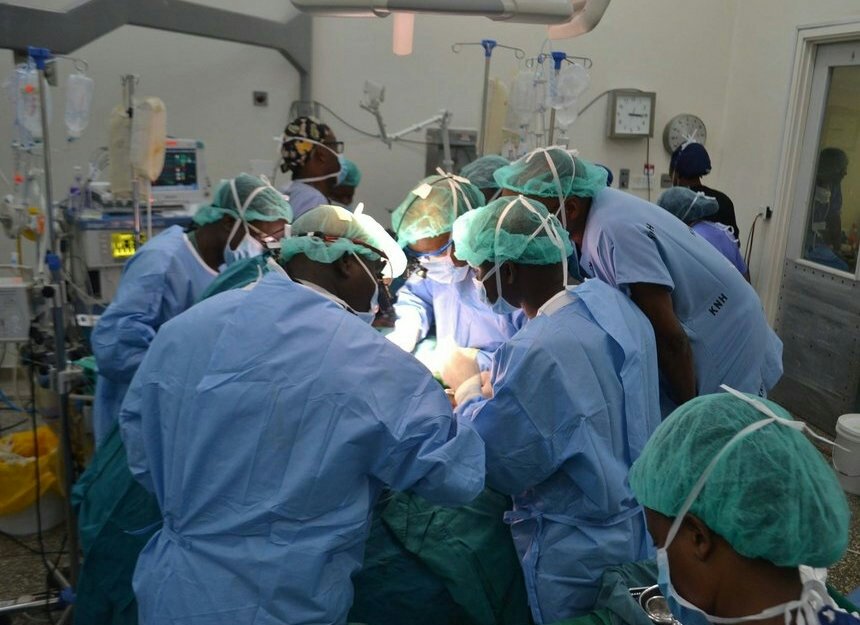 Simply put, Universal Health Coverage (UHC) is a path laid with golden promises of good health and equity for all including the poor.

The common denominator for UHC is some form of government action aimed at extending access to health care as widely as possible and setting minimum standards. Most implement universal health care through legislation, regulation and taxation. Legislation and regulation direct what care must be provided, to whom, and on what basis.

Usually some costs are borne by the patient at the time of consumption but the bulk of costs come from a combination of compulsory insurance and tax revenues.

Although Most African countries have integrated Universal Health Coverage as a goal in their national health strategies. Listwand reports that Very few are working towards achieving it. With that in mind and considering the fact that the SDGs are now two years old, Listwand has decided to compile the list of those African countries that have achieved Universal Health Coverage. And they are listed below

The below listed countries are among the few developing countries in the world that have successfully achieved universal healthcare.

Egypt operates a system of public hospitals and clinics through the Ministry of Health. Egyptian citizens can receive treatment at these facilities free of charge. However, those Egyptians who can afford it prefer to pay out of pocket for private healthcare.

South Africa has a public healthcare system that provides services to the vast majority of the population, though it is chronically underfunded and understaffed, and a private system that is far better equipped, which covers the wealthier sectors of society.

Ghana operates the National Health Insurance Scheme to provide citizens with health insurance. The level of premiums citizens must pay varies according to their level of income. Most medical facilities are run directly by the Ministry of Health or Ghana Health Service.

The Government of Mauritius operates a system of medical facilities that provide treatment to citizens free of charge.

Algeria operates a public healthcare system. It is a universal healthcare system as well. A network of hospitals, clinics, and dispensaries provide treatment to the population, with the Social Security system funding health services, although many people must still cover part of their costs due to the rates paid by the Social Security system unchanged since 1987. The poor are generally entitled to health services free of charge, while the wealthy pay for treatment according to a sliding scale.

Botswana operates a system of public medical centers, with 98% of health facilities in the country run by the government. All citizens are entitled to be treated in public facilities free of charge, though a nominal fee of ~70 BWP (~$6.60 USD) is typically charged for public health services except for sexual reproductive health services and antiretroviral therapy services, which are free.

Burkina Faso provides universal healthcare to citizens through a system called Universal Health Insurance (AMU)—administered by two bodies, one for civilians and the other for the armed forces.

Morocco operates a public health sector run by the government that operates 85% of the country’s hospital beds. It deals mainly with the poor and rural populations, who cannot afford private healthcare. In addition, a non-profit health sector operated by the National Social Security Fund covers 16% of the population. Private medical care is available for those who can afford it. 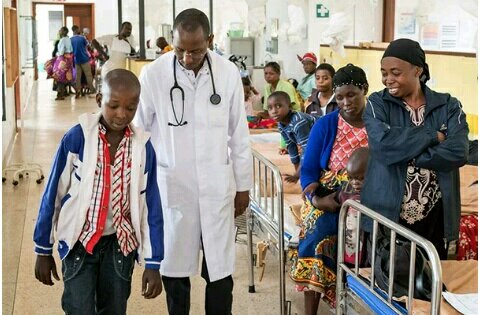 Rwanda operates a system of universal health insurance through the Ministry of Health called Mutuelle de Santé (Mutual Health), a system of community-based insurance where people pay premiums based on their income level into local health insurance funds, with the wealthiest paying the highest premiums and required to cover a small percentage of their medical expenses, while those at the lowest income levels are exempt from paying premiums and can still utilize the services of their local health fund.
Currently more than 90 per cent of Rwandans are covered under the community-based health insurance scheme.

The Government of Seychelles operates a system of medical facilities that provide treatment to citizens free of charge.