Capoeira is a Brazilian martial art form that was invented by enslaved Africans in the 16th century who used it to disguise the fact that they were practising fight moves. The martial art combines acrobatics, dance and music with self defense.

Capoeira is ‘played’ in a circle called a roda, accompanied by music and singing. While two players engage each other with only their hands and feet.

Capoeira players form a circle at the centre of which two players engage with one another. The movements require great bodily agility. The other players around the circle sing, chant, clap and play percussion instruments and also learn by observation and imitation.

All participants of Capoeira are expected to know how to play the instrument, sing a shared repertoire of chants, improvise songs, know and respect the codes of ethics and conduct, and also perform the movements, steps and strikes. 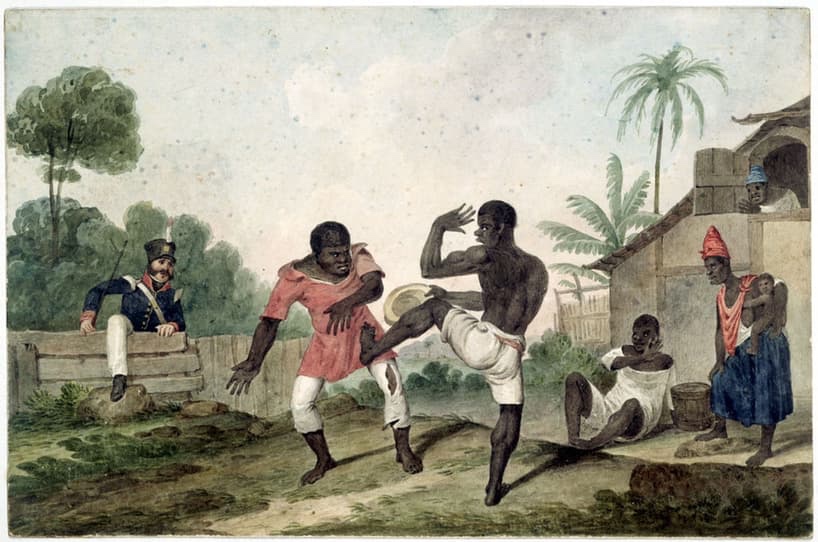 Capoeira was created during the 16th century by enslaved Africans who were shipped from West Africa to Brazil by Portuguese colonists to work on sugarcane plantations. Prohibited from celebrating their cultural customs and forbidden from practicing fight moves of any sort, capoeira emerged as a way to bypass these two imposing laws.

Capoeira originated from the Angolan tradition of “Engolo” but became applied as a method of survival that was known only to slaves.

Capoeira was so effective as a martial art technique that it became a tool with which an escaped slave, completely unequipped, could survive the hunt of the armed colonial agents who were charged with finding and capturing escapees.

Using capoeira, many enslaved people escaped their oppressors and formed their own community groups known as quilombos outside Portuguese control. These communities stood as strongholds against the Portuguese and many are famous for the courageous defences they put up.

Everyday life in a quilombo offered freedom and the opportunity to revive traditional cultures away from colonial oppression. In this kind of multi-ethnic community, constantly threatened by Portuguese colonial troops, capoeira evolved from a survival tool to a martial art focused on war.

The biggest quilombo, the Quilombo dos Palmares, which was home to over 30,000 people, is the most famous of these settlements and capoeira was a vital part of their defence against repeated attacks by Portuguese colonists.

Portuguese soldiers sometimes stated it took more than one dragoon to capture a quilombo warrior since they would defend themselves with a strangely moving fighting technique. The governor from that province declared that “it is harder to defeat a quilombo than the Dutch invaders”. 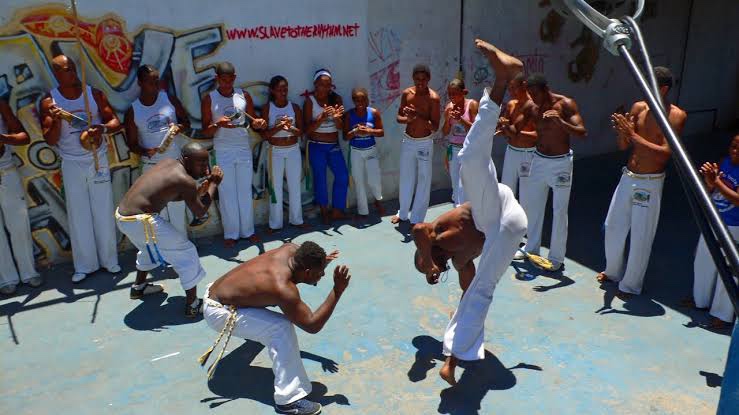 The government of Brazil would later try to suppress the Capoeira due to it often been used against the colonial guards, laws were established and those caught practicing capoeira were imprisoned.

Data from police records from the 1800s shows that many slaves and free colored people were detained for practicing capoeira.

By the end of the 19th century, the empire of Brazil would recognize the end of slavery on 13 May 1888, with a law called Lei Áurea (Golden Law), sanctioned by imperial parliament and signed by Princess Isabel.

With the abolishment of slavery in 1888, many newly freed slaves found themselves without homes or income, creating widespread poverty which in turn led to an explosion of crime within the urban centers.

Soon Practitioners of Capoeira started to use their skills in unconventional ways to make ends meet. Criminals and war lords used capoeiristas as body guards and assassins. Things became so chaotic that twos years after slavery was abolished, the government in 1890, decreed the prohibition of capoeira in the whole country.

After the prohibition, the police went after all known practitioners of Capoeira. Those caught practicing the martial art were also arrested and sometimes killed.

Fortunately, capoeira survived this dark era, and by the early 20th century, capoeira repression declined, and some physical educators and martial artists began resuscitating capoeira as either a fighting style, a form of dance with less martial application or a gymnastic method. 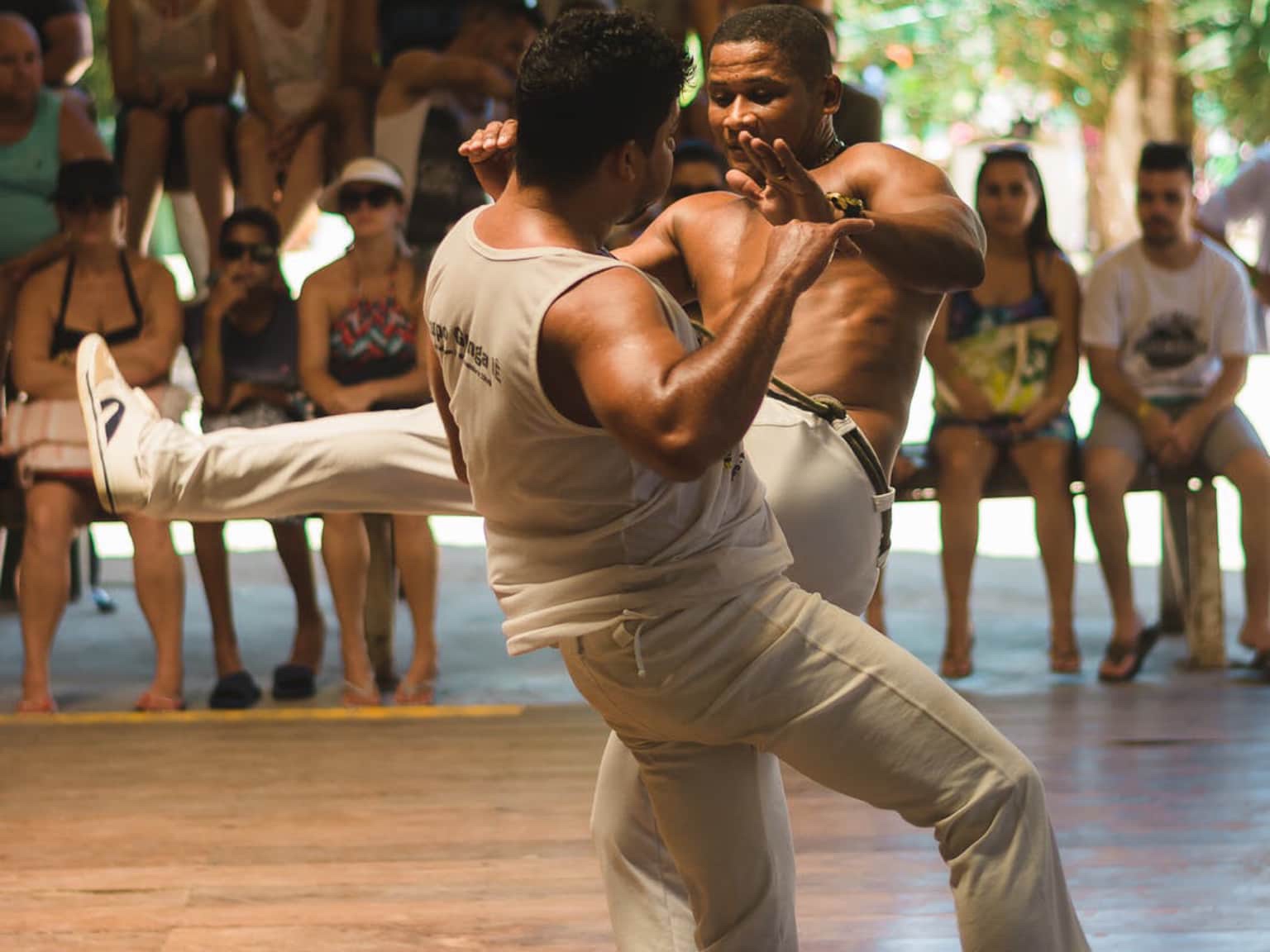 In time Capoeira became so popular that in 2014 the Capoeira Circle was added to UNESCO’s Representative List of the Intangible Cultural Heritage of Humanity.

Today, the art of Capoeira has become an active exporter of Brazilian culture all over the world and attracts thousands of foreign students and tourists to Brazil every year.

Previous article
Top 20 Richest Men in Africa 2023: Their Age, Business and Net Worth
Next article
Francophone Countries in West Africa