Richard Ihetu aka Dick Tiger was a Nigerian-born professional boxer who held the World Middleweight and World Light Heavyweight Championships in the 1950’s and also the first African to be Inducted into the international boxing hall of fame. 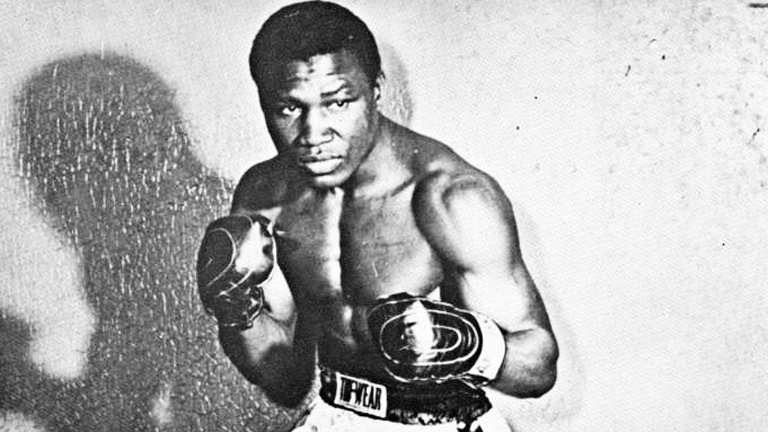 Born on 14 August 1929 in Amaigbo, a village in present day Imo State, Nigeria, Dick Tiger started boxing professionally at the age of 23 amassing a near perfect record of 15 wins in 16 contests in his home country before migrating to England to pursue his boxing career.

On getting to England, despite his obvious talents, he found it difficult to adjust to the new environment. He lost his first four fights in the country, before settling in and piling some victories and also clinching the British Middleweight title. 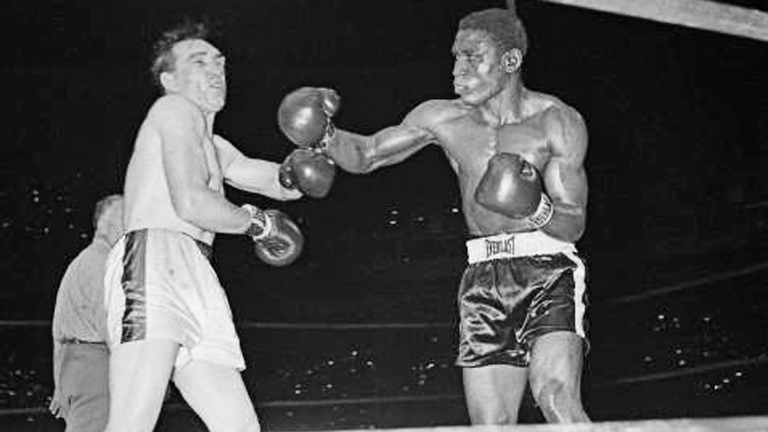 In 1959, handled by an independent agent, Tiger moved to America, to further his boxing career. There he became a two-time undisputed world middleweight champion.

He won the world middleweight title when he beat Gene Fullmer in 1962 and the light heavyweight title in 1966 when he dethroned José Torres of Puerto Rico.

His career record was 60 victories, 19 losses and three draws, with 26 knockouts.

Numerous accounts of Tiger as both man and fighting man, describe a solid, un-nuanced person.

“… a chest like an old-fashioned black office safe, dropping away to a slender waist, big thighs, and slender legs; he boxed classically, his arms tight against his sides at the beginning of a punch, his savagely methodical blows moving in short arcs and straight lines.”

Above is a description of the Dick Tiger’s appearance by American journalist A. J. Liebling

Gene Fullmer, a fellow boxer and one of Tigers contemporaries also had this to say about him:

“Tiger was a rough guy….I went to Nigeria to fight him, and, of course, I don’t know what happened over there….He beat me. He beat me bad. My mother and father could have been judge and referee, and I couldn’t have won a round…”

Dick tiger fought his last fight on July 15, 1970, where he lost to Emile Griffith in an unanimous points decision after a 10-round encounter at Madison Square Garden, New York.

After losing to Griffith, he no longer was in demand for major matches.

His boxing income ceasing prompted him to get a job as a guard at the Metropolitan Museum of Art in New York. Less than a year after he got the job, he fell ill and was diagnosed with liver cancer.

He had been banned by the Nigerian government from entering the country because of his involvement in the Biafran movement; however, the ban was lifted immediately the news about his condition arrived in Nigeria which allowed him to come back to his family. He died of liver cancer on 14 December 1971, aged 42 and was buried in his hometown of Amaigbo.

Tiger’s earnings for his 15‐year career were estimated by his manager, at $500,000 but Tiger died virtually penniless. His riches, invested in seven apartment houses in Nigeria, were lost in the civil war.

In his hometown, a secondary school, (Dick Tiger Memorial Secondary School) was named after him by his people, also the them Governor of his state Okorocha gave him an award as the Grand Commander of the Order of Imo (GCOI).

Swaziland King Sobhuza II, KBE is the longest-reigning monarch, having served as monarch for 82 years and 254 days.
Read more