Foreign Aid: The Disease That Has Killed Africa 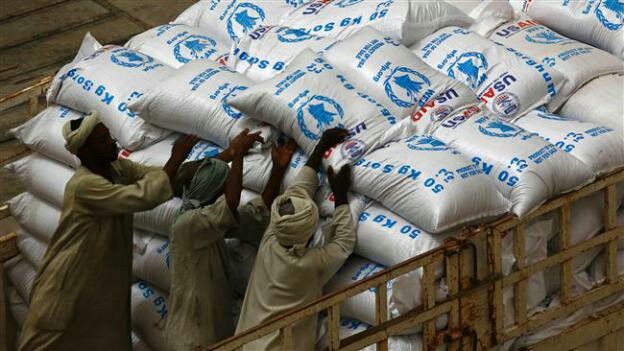 Africa’s former colonialists continue to wield a lot of unrivalled power over the continent through the phenomenon of foreign aid. Foreign aid, presented with the good intentions of extricating Africa out of her poverty, has not alleviated any problem but has actually aggravated our misery.

Almost every African who has a good questioning sensibility gets baffled by the fact that as more foreign aid pours in, our problems never disappear. In some instances, they even become far much worse. The good intentions of foreign aid are hardly felt by the ordinary African as foreign aid only ends up in the hands of the rich, ruling elite. Foreign aid will never eradicate poverty from Africa.

What continues to bedevil Africa is the lack of strong, proper and robust services to support financial and economic growth from which the ordinary African can benefit. Global poverty today is no longer a result of lack of resources or opportunity, but of poor institutions, poor government and toxic politics. Former British PM David Cameron spoke compellingly about foreign aid, saying that real change in Africa requires certain key institutional changes such as rights for women and minorities, a free media and integrity in government.

Foreign aid works to achieve short-term interventions but never long-term interventions. William Easterly, a developmental economist and author of the book The White Man’s Burden estimated that in the last four decades, the West has poured in excess of us$2,3 trillion of aid into Africa but, to this day, poverty and underdevelopment remain a common feature in many recipient African states.

A sensational report released and authored by 13 United Kingdom and Africa-based non-governmental organisations, which include Health Poverty Action, Jubilee Debt Campaign and World Development Movement, reported that although sub-Saharan Africa receives US$134 billion each year in loans, foreign investment and development aid, their research suggested that US$192 billion leaves the region, leaving a US$58 billion shortfall. Money is lost through tax evasion, climate change mitigation, and the flight of profits earned by foreign multi-national companies.

African countries need to be assertive over how they govern their economies, doing so in a responsoible manner. African countries must rely less on aid if poverty is to be eradicated. There needs to be room for innovative minds to be able to work to their maximum potential, while institutions which foster savings, leadership accountability, rule of law and the proper management and allocation of resources are created and are not let to die due to negligence and misplaced priorities. Foreign aid will never break the vicious cycle of abject poverty that torments Africa. Arab and Asian countries’ success is not owed to foreign aid but to their own innovation.

If Africa is to develop, the reliance on foreign aid must be abandoned. Foreign aid stifles the people’s zeal to develop their own countries. Foreign aid has not achieved its intended use and it is time for Africa to be their own developers.

This post first appeared in Africanexponent. Under the same title.