Mauritius has the most competitive economy in Africa, they are closely followed by South Africa and Seychelles. 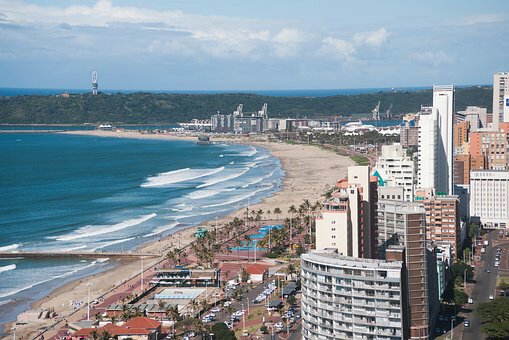 The World Economic Forum’s Global Competitiveness Index 4.0 is a composite indicator that assesses the set of factors that determine an economy’s level of productivity – widely considered as the most important determinant of long-term growth.

Key Points from the Report
The economic prospects of Sub-Saharan Africa are at crossing point. The average GDP growth of the region has fallen below 5% since 2015 and is expected to grow at 3.4% in 2018.. To date, Sub-Saharan Africa, with an average score of 46.2, has the lowest GCI score among all regions and demonstrates the weakest average regional performance on 10 out of the 12 pillars.

Within Sub-Saharan Africa, Southern African countries have achieved a relatively higher competitiveness performance (48.0) compared to East Africa (46.8) and West Africa (44.5). These differences are even more prominent at country level. The score attained by the regional leaders (Mauritius, 63.7, and South Africa, 60.8) are almost twice as large as those of the two least competitive economies.

Some economies have emerged as regional leaders on specific domains. Kenya, the most competitive economy in East Africa, is developing into one of the region’s strongest innovation hubs (36.5 on the Innovation capability pillar), comparable to South Africa and Mauritius. Rwanda, with a score of 64.4, leads Africa in terms of institutional quality, followed by Mauritius (62.8), Namibia (57.2) and Ghana (55.7), the most competitive economy in West Africa.

Mauritius ranks 49th globally. With a score of 63.7 out of 100 it achieves the best performance in Africa, in line with 2017. Mauritius’s leading position in the region is reflected in a GDP growth consistently above 3% since 2006, and above 4% over the past three years.

Nigeria may have the biggest economy in Africa, but when it comes to competitiveness, the country has been relegated to the bottom.
Nigeria was ranked 115th in the world and 16th most competitive economy in Africa.
According to the report, Nigeria’s greatest competitive advantages include its market size, Labour market and business dynamism.

While the areas that the country needs to improve include, innovation capability, ICT adoption, enabling environment component, human capital component and infrastructure.

South Africa ranks 67th globally—with a score of 60.8—and attains the second spot in Sub-Saharan Africa. Among its strengths, South Africa is home to a large market size (68.4), good infrastructure (68.6) and a well-developed financial system (82.1, 18th). More specifically,

Below are the Top 20 Most Competitive Countries in Africa, 2018

Previous article
Nigeria Ranked 115th Most Competitive Economy in the World, 16th in Africa
Next article
Study: Teens are Less Violent in Countries Where Spanking is Banned