From Slave to Adopted Godson of the Russian Emperor: The Remarkable Life of Abram Petrovich Gannibal

Abram Petrovich Gannibal was a Russian nobleman and military engineer of African descent who lived in the 18th century. He is best known for being kidnapped and enslaved as a child by the Ottomans, and later being presented as a gift to the Russian Emperor Peter the Great, who freed him and adopted him as his godson. 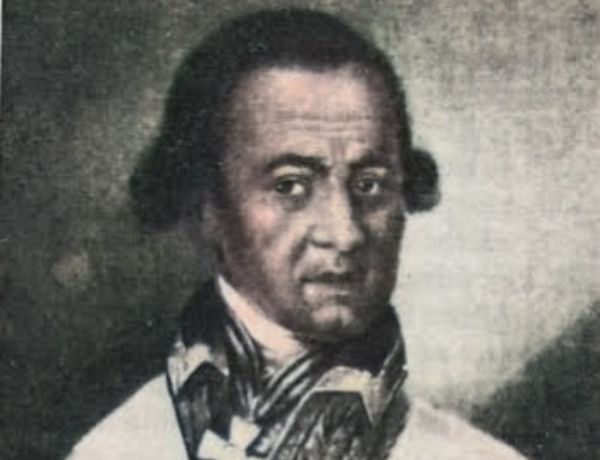 Gannibal was born in the Central Africa, in an area bordering Lake Chad in present-day Cameroon. He was the son of a tribal prince and was well-educated in mathematics, engineering, and languages. At the age of nine, he was abducted by Ottoman slave traders and sold into slavery.

Gannibal was eventually traded to Russia, where he was presented as a gift to Peter the Great, the Russian Emperor. Peter was impressed by Gannibal’s intelligence and education, and decided to free him and adopt him as his godson. Gannibal was given the name Abram Petrovich Gannibal, after the biblical character Abraham, and was raised in the court household of the Emperor.

Gannibal’s education continued in Russia, and he became a talented military engineer and inventor.

In 1725, Peter the Great died, leaving Abram without his most powerful benefactor. Abram’s success at court meant that he was bitterly resented by some of the Russian nobility.

After the death of Peter the Great in 1725, Abram Petrovich Gannibal faced a difficult time in Russia. Peter’s temporary successor, Alexander Menshikov, did not have the same fondness for Gannibal as his predecessor did, and he banished Abram to a remote posting in Selenginsk Siberia, close to the Chinese border far from the seat of Russian power in 1727.

Abram was eventually pardoned in 1730 due to his technical skills, and completed his service in Siberia in 1733. During this time he worked on a number of important projects for the Russian military, including the development of new fortifications and the design of artillery. Gannibal was also a skilled linguist, and he translated a number of important military texts from French and German into Russian.

Gannibal’s most famous child was his son, Ivan Ivanovich Gannibal, who was also a military engineer and inventor. Ivan inherited his father’s talents and became a highly accomplished naval officer who helped found the city of Kherson in southern Ukraine in 1779 and also attained the rank of general-in-chief, the second-highest military rank in imperial Russia.

Abram Petrovich Gannibal was also the great-grandfather of Alexander Pushkin, one of Russia’s most famous and revered poets and writers.

Despite his many accomplishments, Gannibal faced discrimination and prejudice due to his African heritage. However, he was able to overcome these obstacles and make a lasting impact on Russian society. Today, he is celebrated as a pioneering figure in Russian history and is revered as a symbol of resilience and determination.

Previous article
The Stono Rebellion: How Enslaved Africans Led the Largest Slave Rebellion in South Carolina in 1739
Next article
List of African Presidents Who Have Died in Office, 2023