Rwanda’s President Paul Kagame has brought the numbers of women appointed in his new cabinet up to 52 percent, which is a first for Africa. 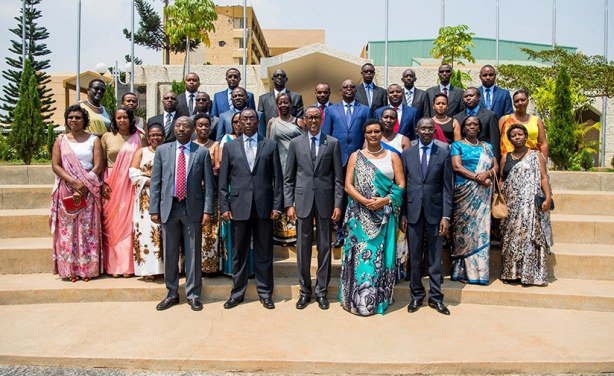 President Paul Kagame on Monday reshuffle his cabinet, making changes in which women comprise 52 per cent, an increase from the 50 percent women representation in the previous cabinet.

The new cabinet line up has in total 14 women out of 27. The constitution requires that women representation at any decision-making organ should be at least 30 per cent.

Other African countries that have formed gender-balanced cabinets include:

The first country to boast of a gender-balanced cabinet was Sweden. In 2014, the country’s prime minister, Stefan Löfven, announced the world’s first self-proclaimed feminist government.

The following year, Canada followed suit when prime minister Justin Trudeau compiled its first gender-balanced cabinet. French President Emmanuel Macron joined in by appointing 17 women to his cabinet of 35 ministers in 2017. Then, last year, a Spanish cabinet was sworn in that was comprised of 17 women and just five men.

Stronger equity in governments has been recognized as essential for any thriving democracy. “Gender diversity in public institutions is particularly crucial , given that these decision-making bodies create the rules that affect people’s rights, behaviours and life choices,” according to the Organization for Economic Cooperation and Development.

Previous articleOscar 2020: Lionheart Disqualified for Having Too Much English Dialogue
Next articleTop 20 Most Visited Websites in Kenya 2019