While those in Nigeria, West Africa, and much of Africa celebrate the birth of Christ in December 25th, there are roughly 37 million Orthodox Christians in Ethiopia for whom January 7 is the traditional day of celebration. 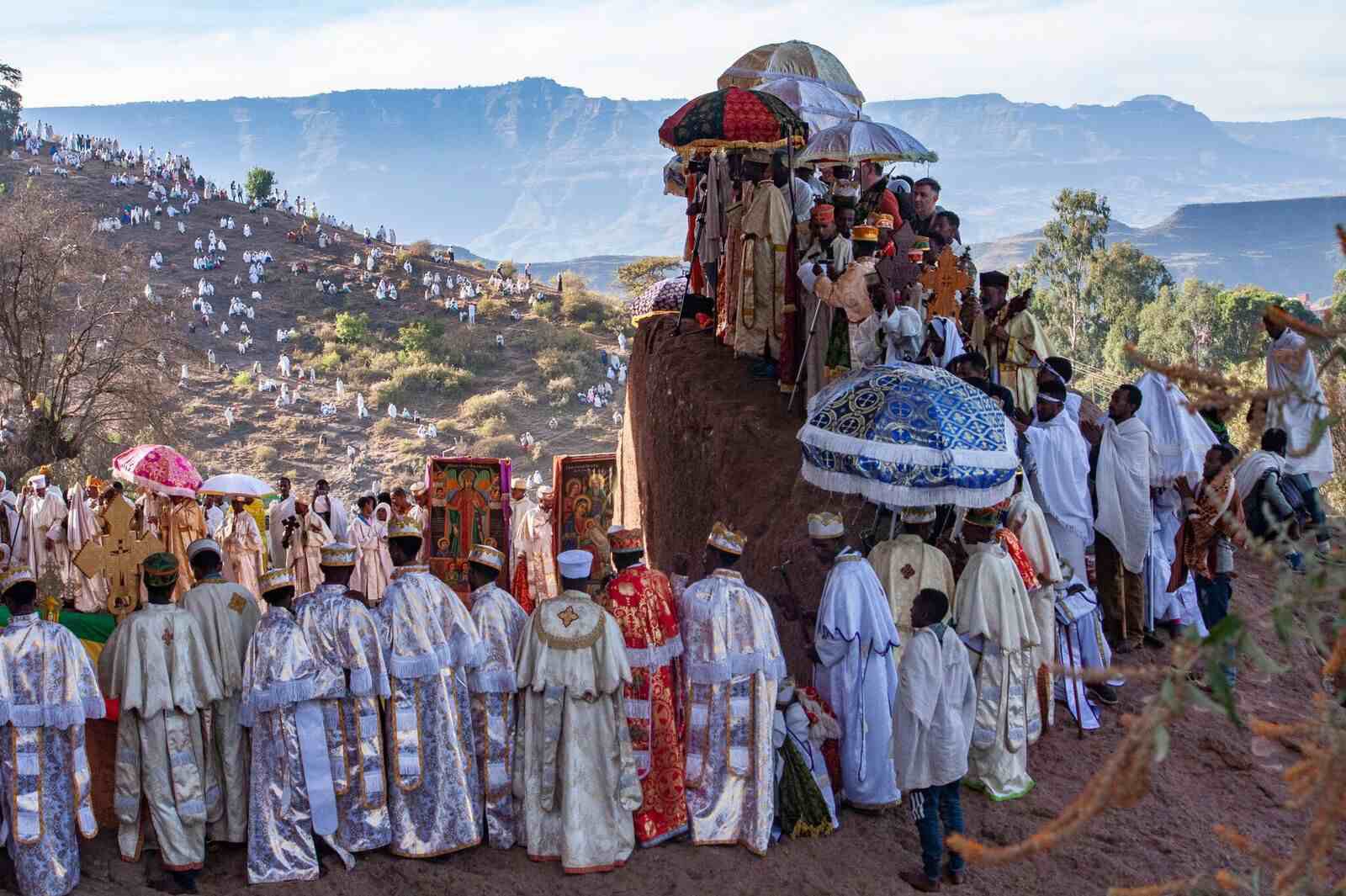 Ethiopia which is located in the Horn of Africa has roughly 37 million Orthodox Christians, the world’s second-largest Orthodox population after Russia and unlike Christians in other parts of the world, they celebrate their own Christmas on January 7th.

That’s because they still observe the Julian Calendar, which is currently 13 days behind the Gregorian calendar used by most of the modern world.

The Christmas celebration in the Ethiopian Orthodox Church is called Ganna or Genna.

Several other countries including Egypt, Eritrea, Sudan and across the world celebrate the Orthodox Christmas, commemorating the birth of Jesus Christ. 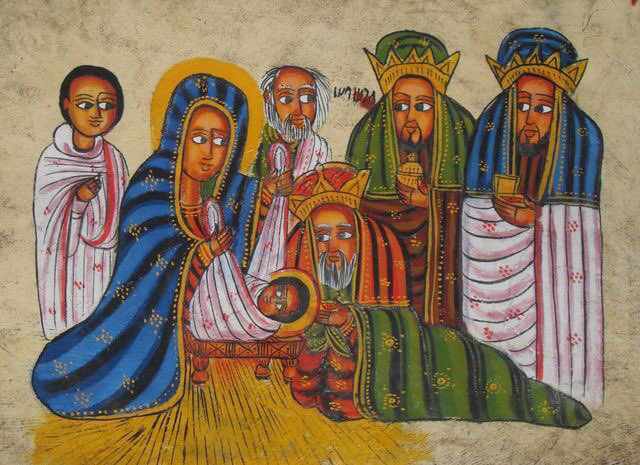 Ethiopian Christmas known as Genna is one of the most popular holidays in Ethiopia.

Around the time of Genna, the boys play a game that is called ganna. It’s played with a curved stick and a round wooden ball, a bit like hockey while the men play a sport called yeferas guks. It’s played on horseback and the men throw ceremonial lances at each other. 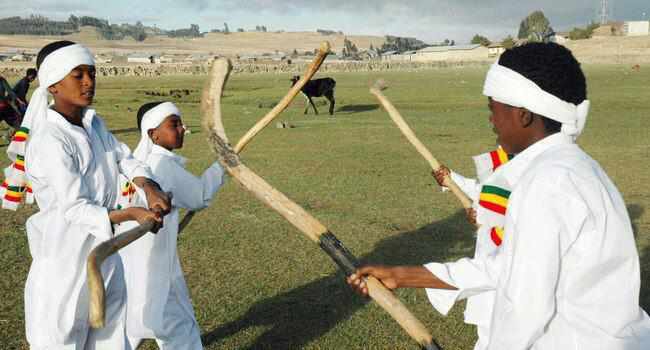 For Ganna, people get dressed in white. Most people wear a traditional garment called a Netela. It’s a thin white cotton piece of cloth with brightly colored stripes across the ends. It’s worn like a shawl. If you live in a big town or city you might wear ‘western’ clothes. People go to church mass on Christmas Eve locally referred to as the gahad of Christmas at 6.00pm and the service finishes about 3.00am on Christmas Day

Traditional Christmas foods in Ethiopia include ‘wat’ which is a thick and spicy stew that contains meat, vegetables and sometimes eggs. Wat is eaten on a plate of ‘injera’ – a flat bread. Pieces of the injera are used as an edible spoon to scoop up the wat.

Genna is a more reflective celebration, it’s more a time for going to church, eating and playing games.

Twelve days after Genna, on 19th January, Ethiopians start the three day celebration of Timkat. It celebrates the baptism of Jesus.