The History-Making Career of Jack Arthur Johnson, the First Black Heavyweight Champion of the World

Jack Arthur Johnson, also known as the “Galveston Giant,” was the first black heavyweight boxing champion in the world. He made history on December 26, 1908, when he defeated Tommy Burns in Sydney, Australia, to win the world heavyweight title. 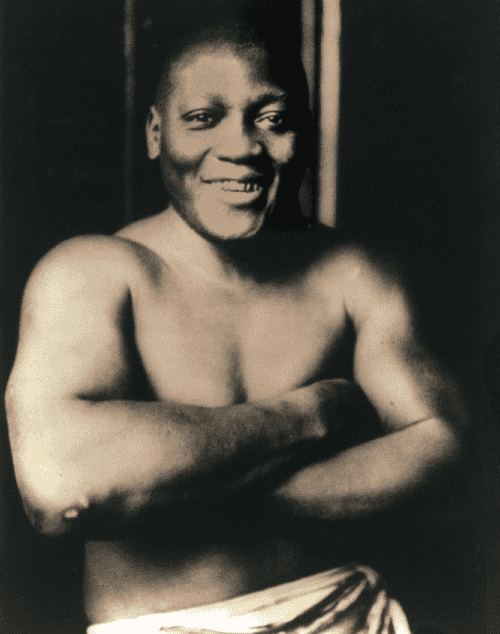 Jack Arthur Johnson, also known as the “Galveston Giant,” was born in March 31, 1878, in Galveston, Texas, the third child of nine, and the first son, of Henry and Tina Johnson, two former slaves who worked as a janitor and a dishwasher.

Despite facing significant racial discrimination and violence throughout his life, Johnson became a successful and respected athlete and entertainer.

Johnson began boxing professionally in 1898,and quickly made a name for himself as a formidable fighter. He won his first world heavyweight title on December 26, 1908, defeating Tommy Burns in Sydney, Australia. The victory made him the first black heavyweight champion in history, and he was greeted with widespread celebration among the black community. 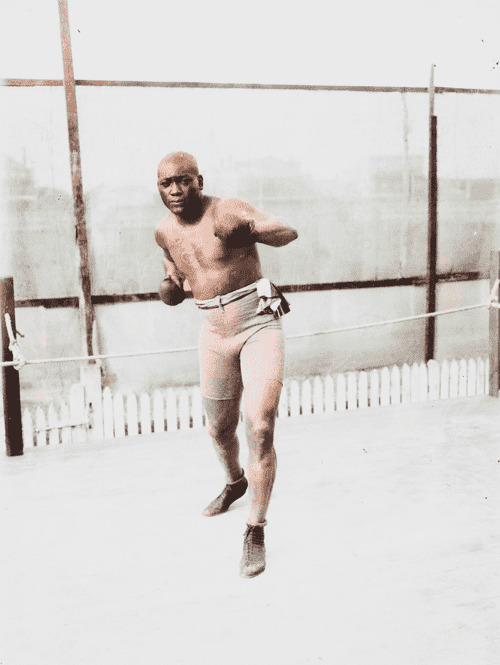 However, Johnson’s victory also sparked outrage among many white Americans, who saw his success as a threat to their own racial superiority. Many white fighters refused to fight Johnson, and those who did were often soundly defeated. In response, a group of wealthy white boxing promoters and fans set out to find a “Great White Hope” who could defeat Johnson and restore the racial hierarchy.

Even the New York Times wrote of the event, “If the black man wins, thousands and thousands of his ignorant brothers will misinterpret his victory as justifying claims to much more than mere physical equality with their white neighbors.”

This search eventually led to a bout between Johnson and James J. Jeffries, a retired white heavyweight champion, on July 4, 1910 who challenged jack saying “I am going into this fight for the sole purpose of proving that a white man is better than a Negro”.

Despite being past his prime, Jeffries was seen as the best hope to defeat Johnson, and the fight was heavily hyped as a battle for racial supremacy.

The fight took place on July 4, 1910, in front of 20,000 people, at a ring which was built just for the occasion in downtown Reno, Nevada. However, Johnson easily defeated Jeffries, further angering white Americans.

Johnson’s victory over Jeffries had dashed white dreams of finding a “great white hope” to defeat him. Many whites felt humiliated by the defeat of Jeffries.

Blacks, on the other hand, were jubilant, and celebrated Johnson’s great victory as a victory for racial advancement. Black poet William Waring Cuney later highlighted the black reaction to the fight in his poem “My Lord, What a Morning”.

The outcome of the fight triggered race riots that evening—the Fourth of July—all across the United States, from Texas and Colorado to New York and Washington, D.C. In all, riots occurred in more than 25 states and 50 cities. At least twenty people were killed across the US from the riots, and hundreds more were injured.

Johnson’s successful career and flamboyant personality also made him a target of racism and discrimination outside the ring. One aspect of Johnson’s life that drew particular criticism and controversy was his relationships with white women. 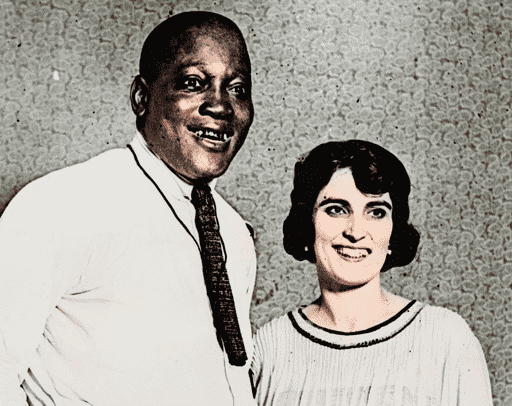 Johnson was known for openly flaunting his relationships with white women, which was seen as a taboo and a threat to the racial hierarchy in the United States at the time. In fact, all of his wives were white, and he faced significant backlash and criticism for these relationships.

In 1913, Johnson was arrested and charged with violating the Mann Act, a federal law that prohibited the transportation of women across state lines for “immoral” purposes. Although Johnson’s arrest was widely seen as a thinly veiled attempt to punish him for his relationships with white women, he was eventually found guilty and sentenced to a year and a day in prison.

After serving his sentence, Johnson returned to boxing and continued to fight until the late 1920s. He died at the age of 68 in a car crash on June 10, 1946, after driving angrily away from a segregated diner that had refused to serve him.

In 2018, Johnson was posthumously granted a full pardon by President Donald Trump, 105 years after his controversial conviction under the Mann Act. The pardon was seen as a long-overdue recognition of Johnson’s significant contributions to the sport of boxing and the struggle for civil rights. 

Previous article
The Land God Made in Anger: The Harsh Beauty of Namibia’s Skeleton Coast
Next article
Drapetomania: the Scientific Justification of Slavery and Abuse of Enslaved Africans in America