The customs agency of Mexico’s Tax Administration Service, in coordination with the Ministries of Foreign Affairs and Culture, has returned a bronze Ife sculpture of the Yoruba people to Nigeria. 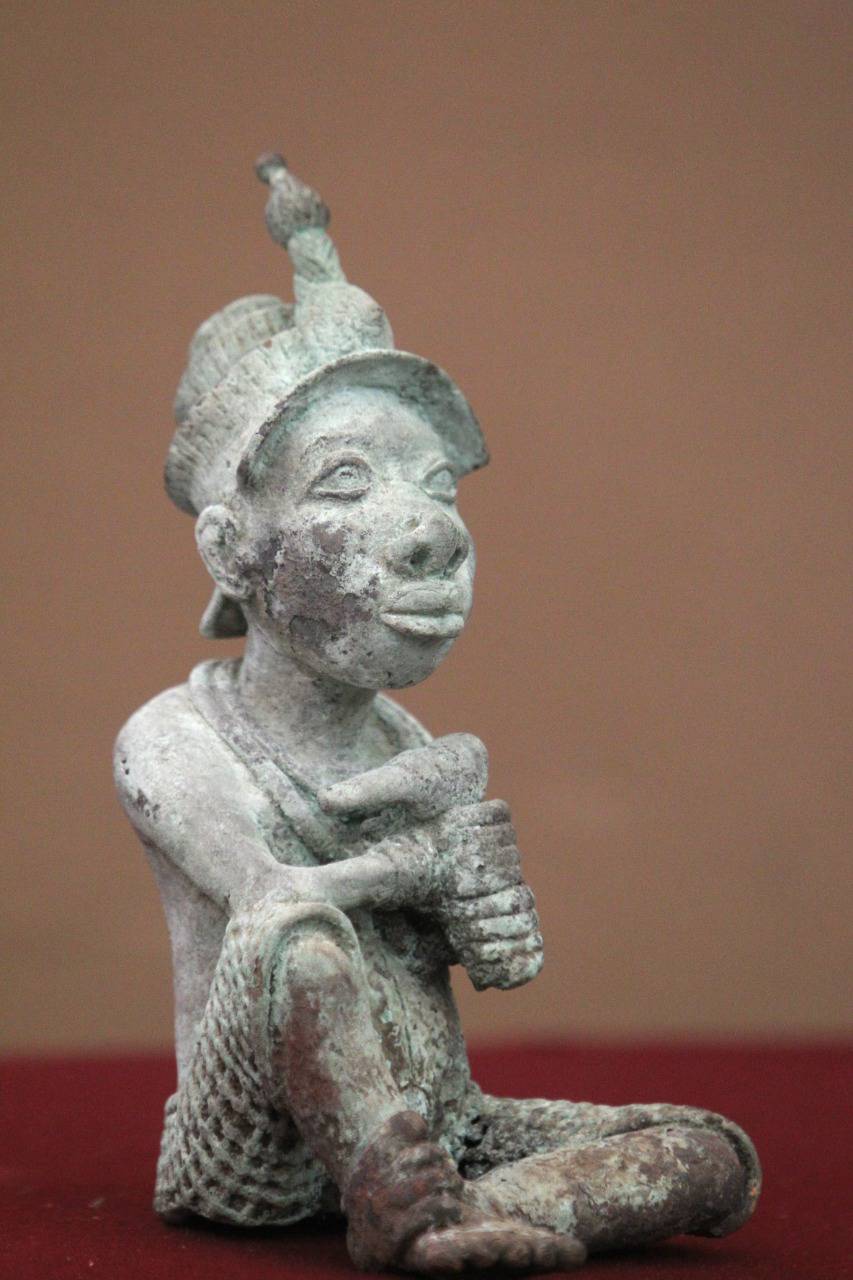 The ancient bronze sculpture was seized by customs agents at Mexico City airport as its buyer tried to bring it into Mexico.

The sculpture was authenticated by experts and agencies of both countries, with the participation of specialists from the National Institute of Anthropology and History.

The sculpture is believed to date back to the 6th Century from the south-western city of Ife. It is of Yoruba origin and shows a man wearing woven pants and a hat, sitting with his legs crossed and holding an instrument.

An official from Mexico’s foreign ministry has said that the sculpture had been illegally exported, but did not offer more details about the sculpture’s exact origins or the circumstances of its confiscation, reports AFP.

According to a press statement obtained on Mexico government’s website, “Mexico strongly opposes illicit trafficking in cultural property. By returning it to Nigeria, the government shows its commitment to protecting cultural heritage. International monitoring and cooperation are essential for complying with current laws, including the 1970 UNESCO Convention”.

Mexico and Nigeria have strong bilateral ties and channels of dialogue that made it possible for this sculpture to be returned. On behalf of the Nigerian government, Ambassador Aminu Iyawa thanked Mexico for its asisstance”, the statement added.