According to the latest Ibrahim Index of African Governance (IIAG), Nigeria is the 33rd most governed Country in Africa 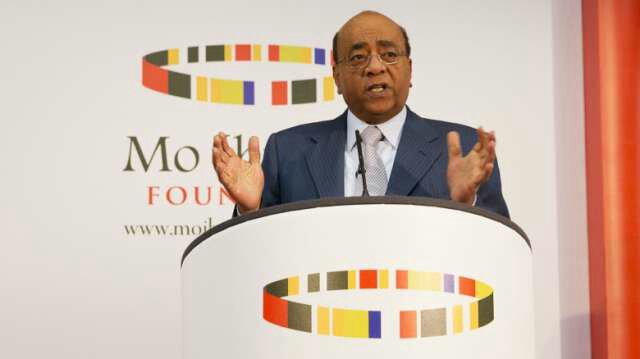 The 2018 Ibrahim Index of African Governance (IIAG) is the 12 iteration of this Index, and is the most comprehensive annual statistical assessment of the quality of governance in 54 African countries.

The report supports good governance and leadership in Africa.

The four categories of governance as assessed by the Index are: Safety & Rule of Law, Participation & Human Rights, Sustainable Economic Opportunity and Human Development.

According to the study, African government have failed to translate economic growth into improved sustainable economic opportunity for their citizens.

“Since 2008 the African average score for Sustainable Economic Opportunity has increased by 0.1 point, an equivalent of only 0.2%, despite a continental increase in GDP of nearly 40% over the same period. There has been virtually no progress in creating Sustainable Economic Opportunity, meaning it remains the Index’s worst performing and slowest improving category.” Mo Ibrahim Foundation

From a total of 54 African countries in this years’ index, Nigeria was ranked among the lowest in Africa, scoring a total of 47.9 out of 100 score. Somalia was at the bottom of the table as usual, while Mauritius had the highest regional average, Ghana was ranked 6th (second highest in West Africa), South Africa 7th and Kenya 11th .

The index of African Governance, which is released annually, gave Nigeria a score of 47 out of 100, which equates to the 33rd best score on the continent.

Below are the Top 20 most governed Countries in Africa according to Ibrahim Index of African Governance (IIAG), 2018

Struggling nations
Somalia (13.6), which has been plagued by clan warfare for most of the past 30 years, ranked last.

“A majority of the improved countries over the decade have lost momentum,” the report said.

About the Ibrahim index

The ranking is issued by a London foundation established in 2006 by Mo Ibrahim, a businessman from Sudan who sold his mobile phone company Celtel in 2006.

With a mission to promote good governance in Africa, it also periodically awards a $5 million (4.4 million euro) prize to an African head of state who has left office and demonstrated good governance.

Governance is defined by the Mo Ibrahim Foundation as the provision of the political, social and economic public goods and services that every citizen has the right to expect from his or her state, and that a state has the responsibility to deliver to its citizens. This definition is focused on outputs and outcomes of policy.

These categories are made up of 14 sub-categories, consisting of 102 indicators. The 2018 IIAG is calculated using data from 35 independent African and global data sources.

Previous article
Nigeria has Highest Number of Out-of-school Children in the World
Next article
The World Most Polluted Area is in South Africa, Study Reveals