Most Dangerous Lake In the World is in Africa

Lake Victoria is the second biggest freshwater lake in the world, the biggest in Africa and the chief reservoir for River Nile. 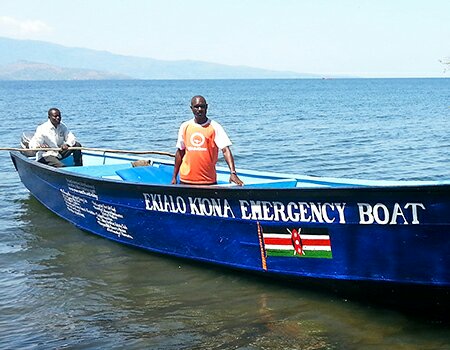 The massive lake, which stretches some 70,000 square kilometers, is the world’s second-biggest freshwater body and the biggest of its kind in Africa, as well as the chief reservoir of the Nile. Home to a stunning archipelago of more than 80 islands, Lake Victoria provides a livelihood for the fishermen navigating its waters and the businesses dotting its shores.

But it’s not always rosy in the lake.

According to local officials, about 5,000 people are killed every year on the lake, victims of erratic weather conditions and a mix of poor communications and lack of resources.

Lake Victoria is considered the most dangerous water body of its kind in the world due to the number of deaths recorded every year. Recently, Over 220 people were also reported dead in the lake abode Tanzanian MV Nyerere which overturned on September 20 this year.

According to a CNN report, a mixture of lethal weather, poor communication and lack of resources are the three biggest cause of the high fatalities per square kilometre at the freshwater lake.

The lake is so dangerous that at any given point, the people sitting in a boat on the water do not know the depth below.

In case of an accident, boat riders including those with expertise in swimming, are likely to drown not knowing how far or which direction the shore is.

This is often influenced by the extreme weather conditions that change in a very short amount of time disrupting communication and aided by the numerous black spots in the revered lake.

According to a report in 2014, the black spots either have rocks on the sea above the surface or slightly beneath the water.

Despite the fishermen knowing the spots and avoiding them, the report shows that strong winds and storms, especially in the months of June, July and August create stronger waves that push the boats towards the rocks.

This damages and can even capsize the boats abruptly leaving the people stranded in the rough waters.
When this happens, the fishermen advise the riders to avoid the shore because the waves are stronger and fatal.

According to the Standard, the lake has claimed more than lives than people could count including those of 8-member Kenyan band called Boyieta Wuod Awasi-Ohangla, who were headed to Ndenda Island, Siaya County. In past instances, more than 500 people were killed in a 1996 tragedy in which an overloaded ferry sunk 600 people at the port of Mwanza

But in the near future things are sure to change for the better.

The three governments of East Africa (Kenya, Uganda and Tanzania) are currently working in a plan to reduce – if not stop- the mortality rate in lake Chad. They have already set aside Ksh 2.7billion to build 16 search and rescue centers across the shores to help secure the 70,000 km square lake.

Hopefully all will be well. Let’s all just keep our Fingers crossed.