Most Inspiring and Influential Women in Africa 2018 – BBC

The BBC has released its BBC 100 Women list for 2018, which celebrates 100 inspiring and influential women from around the world.
The list includes leaders, trailblazers and everyday heroes from over 60 countries, ranging from age 15 to 94.

Below are the African Women who made the list.

Most Inspiring and Influential women in Africa, 2018 – BBC

Abisoye Ajayi-Akinfolarin is a Nigerian women’s rights activist. She is the founder of Pearls Africa Youth Foundation, a Non-Governmental Organization that assists girls in developing technology skills through various programs including; GirlsCoding, G.C Mentors, GirlsInSTEM and Empowered Hands. Since 2012, the organization has trained over 400 young women to code
Abisoye is also one of the 10 finalist for the CNN Hero Award for 2018. 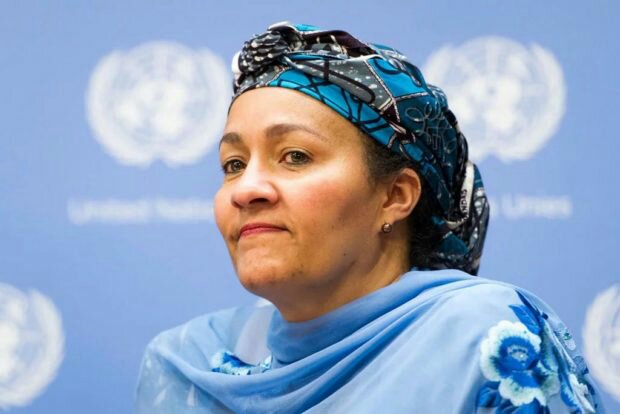 Amina is a former minister of environment in Nigeria and has previously been a special adviser to UN Secretary General Ban Ki-moon.
Amina Mohammed was born in Gombe State, north-eastern Nigeria, in 1961 to a Nigerian veterinarian – herdsman and a British nurse. She is the eldest of five daughters.
Mohamed attended a primary school by Lake Chad and Buchan School in the UK. She further attended Henley Management College in 1989.

Bola is a corporate lawyer who established the first free children’s helpline in Nigeria – Cece Yara Foundation
The Cece Yara Foundation is a child-centred non-profit organisation established in 2016 to prevent child sexual abuse and to provide access to care, information, protection and emergency intervention for children who have experienced sexual abuse or who are at risk. Chidera Eggerue, popularly known as the Slumflower, is a Nigerian-British award-winning blogger, speaker, creative director and a presenter of the The MOBO Awards.
She’s also the activist behind the social media movement #saggyboobsmatter, driving new conversations about perceptions of women’s bodies.

Fatma is the first woman and the first African to hold the position of secretary general of Fifa.

Noma is the first woman to play the adult version of Hermione Granger in Harry Potter and The Cursed Child, playing in London’s West End and Broadway, New York.

Shrouk is a refugee and full-time engineer, who uses belly dancing to raise awareness and campaign for the rights of the LGBT+ community in Egypt.

Raghda is a record-breaking free-diver, who descends to extreme depths without breathing apparatus.

Mamitu is now an internationally certified fistula surgeon, after being treated for fistula (an injury which can occur in childbirth) herself.

Thando is a diversity and inclusion advocate. Cast in the Pirelli calendar 2018, she is the first person of colour in South Africa to have featured in the publication.

Hindou is an indigenous woman of Chad, advocating for the protection of the environment and for the rights of indigenous peoples on an international scale.

Helena has performed sight-restoring surgeries upon 35,000 Namibians, free of charge – many of her patients now call her “Namibia’s miracle doctor”.

Olivette is a historian and memory scholar who works on European colonial history and post-colonial legacies.

Brigitte is an award-winning documentary producer, who told her story of being a Trokosi – a practice that sends girls to serve priests in shrines as payment for the “sins” of their family – and being trafficked from Togo to Ghana.

Juliet is a doctor-turned-garden designer working to make “places that feel as good as they look”.

Ruth is a female welder who lives in an urban slum community and aspires to be a role model for young women in the construction industry.

What is 100 Women?
BBC 100 Women names 100 influential and inspirational women around the world every year and shares their stories.
It’s been a momentous year for women’s rights around the globe, so in 2018 BBC 100 Women will reflect the trailblazing women who are using passion, indignation and anger to spark real change in the world around them.

Previous article
People Who Work for Themselves are Happier, Study Reveals
Next article
South Africa Ranked Most Dangerous Country to Live in Africa, Nigeria 4th (2018)