A delegation of more than 200 health professionals including doctors, nurses, epidemiologists and technical experts from Cuba has arrived in South Africa to bolster support in the fight against COVID-19 in South Africa. 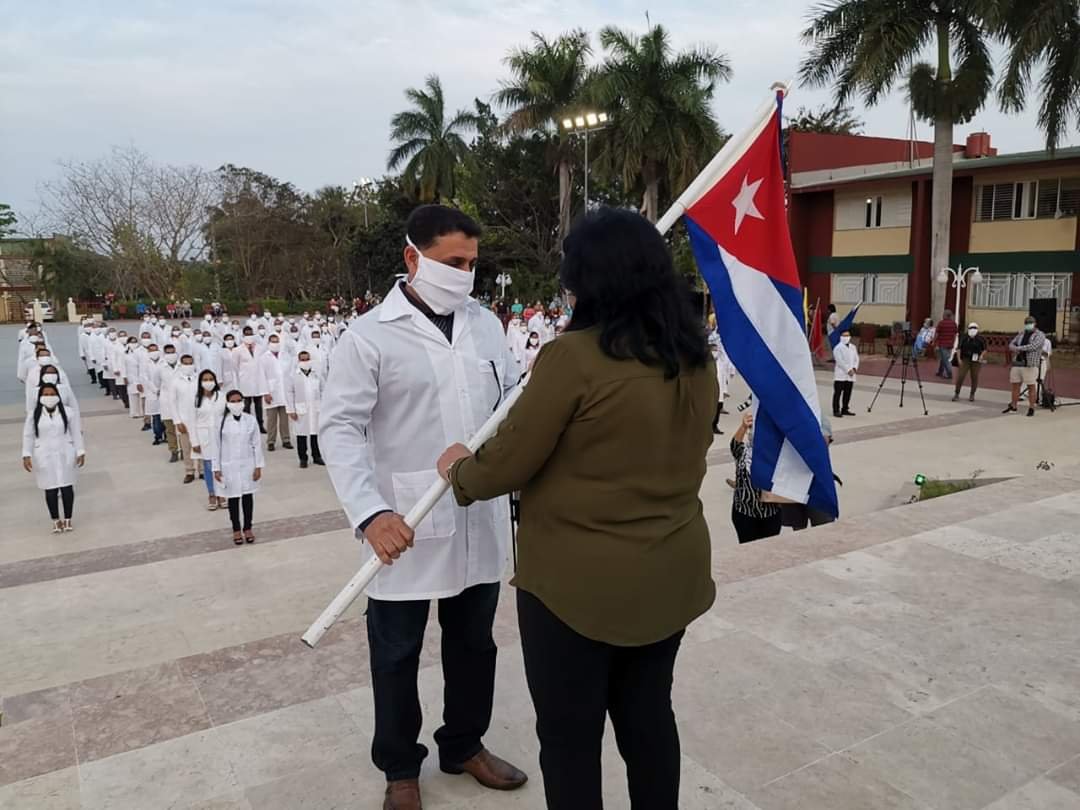 The South African government has thanked the Cuban doctors with Defense Minister Nosiviwe Mapisa-Ngakula saying the relationship between Cuba and South Africa would continue.

“You’re not the first brigade and you will not be the last one. Thank you, thank you.”

The Cuban doctors arrived in Johannesburg late on Sunday night are to be deployed to different provinces by South Africa’s Department of Health, Cuba’s ambassador Rodolfo Benítez Verson has said.

The largest contingent has been deployed to Johannesburg and Cape Town.

Cuban officials say the large team sent to South Africa will bring much needed support and expertise to a health system struggling to contain and treat an increasing number of COVID-19 patients. 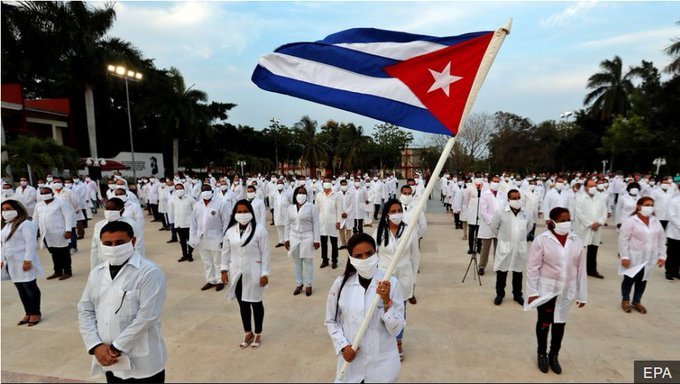 “It’s really something great, the feeling for what is being done to help other countries with fewer resources deal with this pandemic is hard to describe, to leave your family and everything else to confront this for those who don’t have the means”, Teresa de la Cruz, a nurse said.

The two countries have close ties as Cuba was instrumental in the fight against white-minority rule in South Africa, which did not end until 1994 when anti-apartheid leader Nelson Mandela was elected president.

Cuba, with 1,337 recorded cases of Covid-19 and 51 deaths, has the world’s highest ratio of doctors to population and began preparing for the virus early.

According to the Reuters news agency, it is renowned for its focus on prevention and community-orientated primary health care to fight epidemics.

Over 4,546 COVID-19 cases have been registered in South Africa with 87 fatalities. 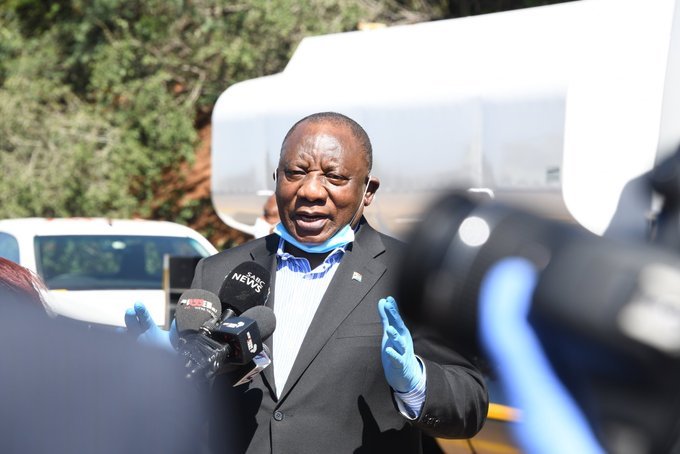 “We will implement what we call a risk-adjusted strategy through which we take a deliberate and cautious approach to the easing of current lockdown restrictions,” South African President Cyril Ramaphosa said.

From 1 May, some businesses will be allowed to reopen, and a third of their employees can return to work.

Some schools will also reopen – but with strict limits likely on class sizes.

But President Cyril Ramaphosa warned that most people should remain at home, public gatherings remain banned, and the country’s borders will stay closed.

Most people are still being urged, or told, to stay at home.

President Ramaphosa said a month-long lockdown has been working, and has slowed the pandemic’s progress. But people need to eat, and to earn a living, he said.

It is a precarious balancing act for South Africa, as for so many countries.