When a young girl comes of age in the Kreung tribe of Cambodia, it’s tradition for her parents to build a small hut for her away from the main home, sort of like setting up a small apartment in the room over your parents’ garage. Except the Kreung tribe’s so-called “love huts” serve a bit of a different purpose — so teenage girls can have all the sex they want without their parents having to listen to it. 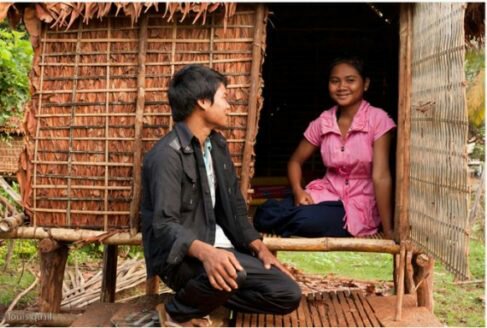 In the deep region of Ratanakiri in northeastern Cambodia lie the Kreung people. A people invested in agriculture, electricity is a strange occurrence. Food, shelter and love are the principal needs of these people.

Unlike cultures where smoking and drinking is not allowed, teenage boys and girls have free will to. Also, in the areas of love, there is the belief that finding the right man requires a deep search through sex in the “love huts”.

Once a girl clocks 13, her father builds a hut where a girl can sexually experiment with any boy she likes.

If the girl fell in love with any boy, she and the boy would sleep together.

Boys in Kreung are taught to be respectful towards girls. Because their respect for girls will determine if they will continue to maintain the number of livestock they have, they are at the liberty of responding politely to sleeping with her or just talking when they get invited to the hut.

Owing to this cultural uniqueness, the Kreung people forbid divorce. The community encourages girls to have as many boyfriends as she wants and can invite them at the same time into the hut. Jealousy and rape are unheard of. 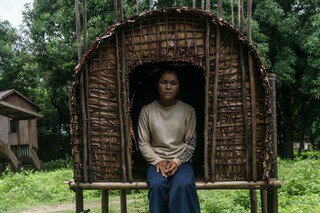 Once she no longer finds him attractive, she can leave him for another. Despite these relations, they cannot be seen in the public with their lover unless they are engaged or married.

When they get married, the woman would abandon her maiden hut. She and her husband would move into her father’s house. The two would sleep together there until they had children and enough money to build a home of their own. When they had daughters? The young boys of the village would tempt them, building them maiden huts when they consented; the cycle would start again.

On the cases of pregnancy, the girl chooses who she opines will be best to raise the unborn child.

Despite the existence of this culture, HIV/AIDS was not detected in the country until 1991. From then until 2003, Cambodia had one of the highest HIV/AIDS occurrences in Asia.

However, because of modernisation and the rigorous attempt by the Royal Government of Cambodia, this culture is no longer as rampant as before.