See What a Harvard Study Said about Teens Raised in Church

A new Harvard study investigated the health and mental health of children and teenagers who were raised with religious or spiritual practices. What they found was fascinating. 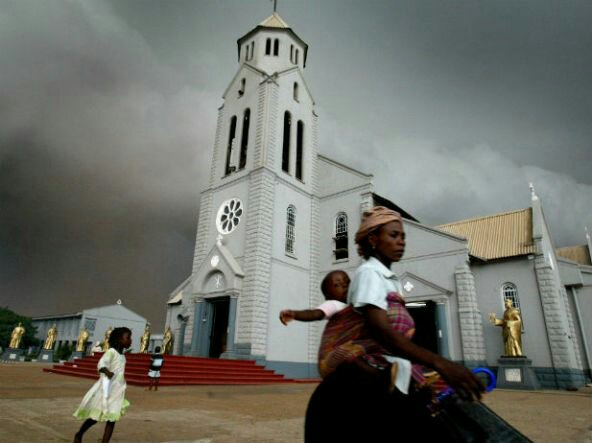 The research, published in the American Journal of Epidemiology, finds that Those who attended religious services at least once a week as children or teens were about 18 percent more likely to report being happier in their twenties than those who never attended services. They were almost 30 percent more likely to do volunteer work and 33 percent less likely to use drugs in their twenties.

The team looked at data from 5,000 people taking part in the long-term Nurses’ Health Study II and its next generation Growing Up Today Study (GUTS). They were interested in whether the frequency with which a child/teen attended religious services with their parents or prayed/meditated on their own was correlated with their health and mental health as they grew into their 20s. The young people were followed for anywhere from eight to 14 years.

But what was interesting was that it wasn’t just about how much a person went to services, but it was at least as much about how much they prayed or meditated in their own time. Those who prayed or meditated every day also had more life satisfaction, were better able to process emotions, and were more forgiving compared to those who never prayed/meditated. They were also less likely to have sex at an earlier age and to have a sexually transmitted infection.

“These findings are important for both our understanding of health and our understanding of parenting practices,” said study author Ying Chen. “Many children are raised religiously, and our study shows that this can powerfully affect their health behaviors, mental health, and overall happiness and well-being.”

Previous studies have suggested similar connections—for instance, that people who are more religious are often happier, and that people who believe in something greater than themselves are more resilient to stress. Other work has shown that in meditation and in prayer, the “me” centers of the brain—those that are active when you’re thinking self-referential worry-based thoughts—quiet down, and areas involved in perceiving the external world as “other” also deactivate. This might suggest that at least one way in which religion/spirituality benefits mental health is to reduce our tendency to think about ourselves and at the same time dissolve our sense of separateness.

And as most people know, there’s also a huge body of research showing what meditation itself does for the brain and for mental health, from reducing symptoms of depression to increasing attention and creativity. Additionally, other research has shown that experiencing awe, spending time in nature, and spending time in silence are all linked to greater happiness and well-being, through mechanisms that are very likely related to those in the current study.

One drawback of the new study was that although it tried to control for socioeconomic status and other confounding variables, most people in the study were white, female, and of higher socioeconomic status. The study would need to be repeated in a more diverse population to see whether the phenomenon holds for other demographics.

In the meantime, the research definitely hints that we might want to take a little time to meditate or pray, whatever that might look like for you. Even if you’re not religious in the classic sense, just observing something bigger than you, might tap into the same mechanism. Like many other studies, the new one also suggests that some of the fundamental habits that humans have been doing for eons (praying, meditating) might actually have a lot more value than we tend to think.