The SRI 2020 has identified Nigeria as highly vulnerable to civil unrest in the next 18 months. The country is placed 102nd out of 102 in the assessment. 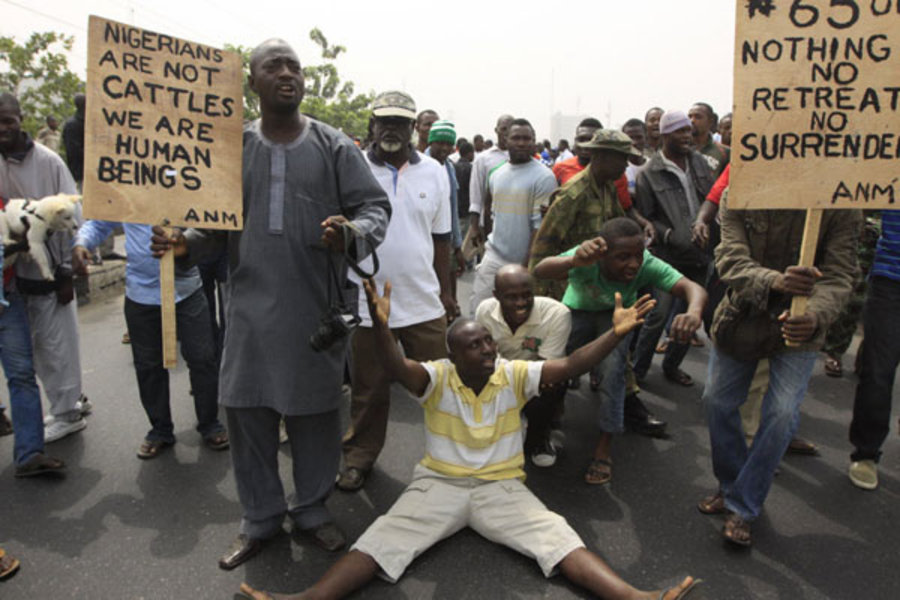 The SRI 2020 has identified Nigeria as the most vulnerable to social unrest in the next 18 months.

With Covid-19 engulfing the world, it was likely to intensify the high of systemic social risk, not only in Nigeria, but also the rest of the continent in the near future.

The index assessed countries that were particularly vulnerable to systemic social risks such as social discontent, demonstrations and protests. These will have an impact on the political orientation and policy making of a country, its companies and its ability to generate and attract investment.

Nigeria came out with the worst score, ranking 102nd of the 102 countries that were assessed, reflecting weaknesses across all sub-indicators of the index.

A generally poor health situation, increasing unemployment and poverty, rising prices (especially for food) as well as a weak government response to the crisis due to mismanagement or lack of fiscal resources may add to already existing social risks in Nigeria.

What this means is that a period of unrest is a highly plausible outcome.

In Africa, almost all of the selected 17 countries scored badly in the SRI index, with Mauritius (rank 52) being the only country with a SRI just above 50.

Moreover, Covid-19 is likely to intensify the already high of systemic social risk in Africa in the near future, owing to very weak health care combined with currently low commodity prices, which reduce the capability of governments to respond with fiscal stimulus to the sanitary crisis. All in all, it cannot be ruled out that a number of public protests will occur across the continent from the second half of 2020 to 2021.

The study, conducted by insurance company Euler Holmes, is designed to “identify which countries are particularly vulnerable to systemic social risk, including events such as anti-government protests and other incidents that could become game-changers for politics and policymaking, as well as business and investment decisions”.

The SRI comprises structural determinants that measure underlying strengths, weaknesses and the perceptions of political, institutional and social frameworks for 102 countries, ranking them with a score between 0 (highest risk) and 100 (lowest risk).

Their study does not claim to predict actions, but rather seeks to evaluate the vulnerability of a country to sudden spates of protest and volatility so as to better inform investors about how safe their money is.

“The SRI neither measures the probability of a social crisis nor predicts the next social unrest event. It is rather a vulnerability indicator that focuses on the longer term structural determinants of social risk,” they said.

The vulnerability of each country on the Social Risk Index (SRI) is determined using the following factors:

1. Real GDP per capita growth trend: We compare the average annual growth in the last three years to the average growth prior to that since 2000. This approach reflects that the potential for social risk can also rise in high-income EMs (such as Chile or in the GCC) and AEs if the (relatively high) level of economic welfare is deteriorating or being perceived to deteriorate.

2. Labor force participation: The higher the share of the labor force in the working-age population, the lower the potential for discontent. This indicator is better than the unemployment rate, which is measured very inconsistently across countries.

4. Public social spending on education, health and social protection, which reflects the importance of social policies and networks in a given country.

5. Political stability and absence/presence of violence, reflects together with

7. Corruption perception how effective a government is perceived at doing its job.

8. Trust in government indicates the share of people that trust their national government.

9. Vulnerable employment is made up of own-account workers and contributing family workers who are less likely to have social security coverage and to benefit from other forms of social protection.

10. Imports of goods as % of GDP reflects together with

11. Currency depreciation the scope for imported inflation, notably for foodstuffs, which is a typical trigger for social discontent.

12. Fiscal revenue as % of GDP captures a government’s capability to respond with fiscal stimulus to crises.

To make the data comparable across indicators, each of them was rescaled from 0 to 100 with 0 denoting the highest risk and 100 the lowest. Then the SRI was calculated as the average of the sub-indicators, thus also ranging between 0 and 100.