Although French and African historians have unearthed volumes of evidence of colonial crimes, French leaders have consistently denied and attempted to conceal this black chapter of history.

These African countries are still pursuing restitution of the French army’s crimes and the return of the wealth looted from their lands.

Time has failed to heal the colonial-era crimes perpetuated by France in Africa. As many as 29 countries that were under French occupation in the continent are still pursuing reparations for the crimes and are awaiting the return of the wealth looted from their lands.

While visiting Algiers during his 2017 election campaign, French President Emmanuel Macron did admit that the French colonization of Algeria was a “crime against humanity”. From the occupation of Algeria in 1830, historical records suggest that colonial forces banned Islamic practices.

On May 8, 1945, they killed people, who were celebrating the end of World War II and were demanding independence. Records suggest that French soldiers engaged in genocide, threw people from helicopters. The skulls of the decapitated Algerian leaders demanding freedom were exhibited at the Human Museum of Paris in 1880-81. To this day, Algeria is still waiting for repatriation of the skulls to return, some of whom have been identified.

Throughout France’s ruthless colonial rule, millions of Algerians were killed.

1.5 million of these lives were taken in just 8 years, as the struggle for Algerian independence finally came to and end in 1962, more than 100 years after the French invasion.

Nicknamed the “country of one and a half million martyrs” Algeria’s Maghreb region has witnessed mass killings. In 1960, the French detonated their first nuclear device in the Algerian desert 1960, which was three to four times more powerful than the one dropped on the Japanese city of Hiroshima in 1945.

According to French newspaper Le Monde’, “no less than 16 atmospheric and underground explosions” followed without “any obligation to monitor the health of local populations and environmental contamination”. In all, 57 nuclear experiments and tests were between 1960-66, according to Andolu agency. 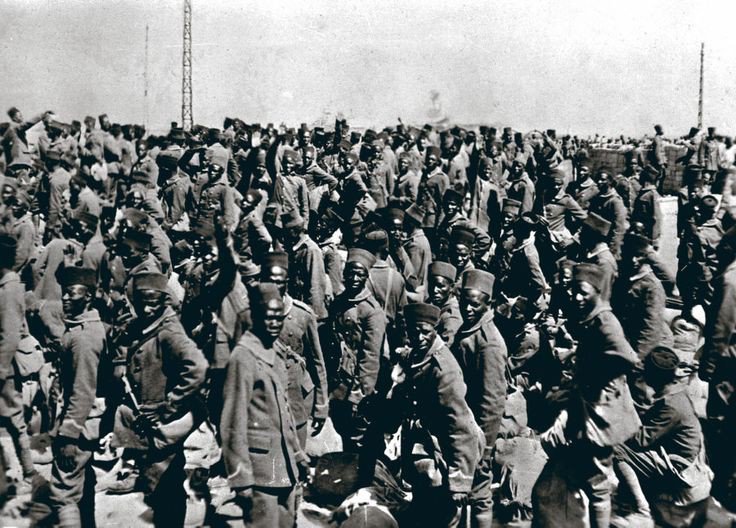 The West African country Senegal witnessed the “Thiaroye massacre”, in which they were killed for demanding allowances and pensions. Historians record that instead of being compensated, they were rounded up in front of self-propelled guns and murdered on Dec. 1, 1944. Although former French President François Hollande claimed in 2014 that 70 riflemen were killed, the numbers remain disputed.

In an open letter, Birham Senghor, son of a deceased, testified that his father was never buried in the grave and that the location of his burial site remained unknown. He disputed the former French president‘s claim that the victims were not in anonymous graves. Families of other riflemen have said that the French government is aware of other mass graves. They have asked for the closure of the massacre, by identifying the graves.

The French government has been trying to conceal the facts. In a circular issued three days after the massacre, the French government claimed that the riflemen had received their remunerations. The trial that followed in March 1945, further obfuscated facts as it led to the conviction and military degradation of 34 innocent people. 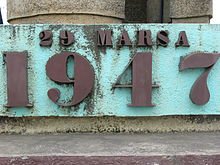 French army imposed severe repression and massacred tens of thousands of Malagasy people through torture, forced regroupings, summary executions, and the burning of their homes, some were thrown from planes after Democratic Movement for Malagasy Renewal (MDRM) — the main indigenous political party — launched independence movement in 1946 by scrambling 300,000-member resistance force.

While the MDRM was dissolved after several months of defiance, its members were tried before French military courts, some were handed over death sentences. Historians report around 40,000 deaths. The people who had taken refuge in the forests came out of their hiding places in a state of misery.

The French authorities condemned Ranavalona III, the last queen of the country, to exile and decided to maintain slavery, close schools, imposed the French language, and made the natives pay taxes. 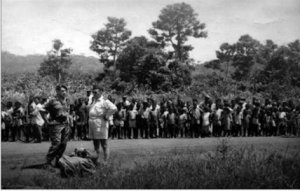 In Cameroon, the Union des populations du Cameroun (UPC), a pro-independence party supported by the people, faced the wrath of the French administration. The country witnessed Bamilekes genocide.

Recounting this tragedy, historians such as Thomas Deltombe, Manuel Domergue, and Jacob Tatsitsa in the book entitled Kamerun: A hidden war at the origins of French Africa, 1948-1971 recorded that French soldiers exterminated 400,000 Cameroonians in the Bamileke.

According to Max Bardet, a former soldier who served from 1962-64 as a pilot in Cameroon, the army targeted the Bamileke people who supported the UPC.

“It was a ruthless war. They were bombing killing women or children,” said Thadee Yemelong, a survivor of this war and companion of Ernest Ouandie, UPC’s vice-president.

According to Thomas Deltombe, the French bombed villages rounded up hundreds of thousands of villagers in assembly areas behind barbed wire, and carried out “systematic torture”.

Testifying to France’s discretion, Max Bardet said that the officer accompanying him wanted to be reassured that there were no witnesses to the story on the ground so as not to implicate France.

Roland Pre and Pierre Messmer, two High Commissioners – heads of the French colonial administration in Cameroon – were charged with implementing a policy of violence.

The English-speaking area also did not escape the French wreath, who blamed the British for hiding the nationalists. With this justification, they penetrated “illegally into British Cameroon to carry out targeted assassinations” while blaming London for fomenting unrest in French colonies. Under French pressure, the British expelled main leaders who had taken refuge in their territory, in 1957. 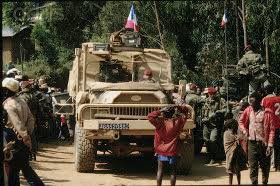 One of the worst genocides in world history, claiming 800,000 lives of ethnic Tutsis in Rwanda, rests on the shoulders of France. Historians, human rights organizations, and other observers have reported that the French supplied arms to the Hutus after the “turquoise operation” launched on June 23, 1994.

French journalist Patrick-Exupery, claims that his country had launched this operation to reinforce the armament of Hutu groups and did not ensure creating a secure zone as announced earlier. He claims that the decision was endorsed by Hubert Vedrine, former secretary-general of the Elysee Palace under the Francois Mitterand regime. This accusation was denied by Vedrine in an interview published by Le Figaro in 2019. Speaking in other local media, he also denied France’s involvement in the genocide, explaining that in 2008 Kigali had a report of accusations against his country fabricated. For him, France is “a failed firefighter” after “trying” to “stop the spiral of civil war” between 1990 and 1994 in Rwanda.

But after an observation mission in Rwanda by the International Federation for Human Rights, Jean Carbonare, then president of Survie, a French association created in 1984 to denounce French colonial intervention in Africa, sounded the alarm. In particular, he warned about the “organized policy” of “ethnic extermination and human crimes” in which France was involved through military and financial support to the Rwandan government at that time.

Speaking to Anadolu Agency, author of Colonial violence and resistance in Chad (1900-1960), Debos Marielle said the French were repressive after they took over Acyl after defeating Sultan Doudmourrah from 1909-11. They torched several dozen villages and officially killed more than 1320 people.

“But the figures are probably 1500 or 2000. The uprising ended on Aug. 12, 1911. Sultan Doudmourrah surrendered on Oct. 27. They occupied Ouaddai is effective in 1911,” she said. The lack of archives also prevents tracing in detail many events of this kind.

In Morocco, in 1907 was a French attack caused 1,500-3,000 deaths (depending on the source) in two days. It followed the rebellion of Chaouia tribes, who opposed French colonization, recalls Mohamed Badine el Yattioui.

“It began in 1921 against the Spanish, by the troops of Mohamed Ben Abdelkrim El Khattabi. France intervened and its army bombed and hit civilians with asphyxiating bombs imported from France and Spain,” he said.

In several African countries, historians and editorial writers recognize the difficulties of tracing history because of the lack of documentation. The French government has repeatedly denied access to its archives to document history. According to Thomas Deltombe, in several cases such as the massacre of the Bamilekes in Cameroon, the French government is apprehensive about the conclusions that can be drawn once the facts are revealed.