This is How The World sees Ghana

Ghana has been ranked among the least trustworthy countries in the world in the recently released US News Report 2020. 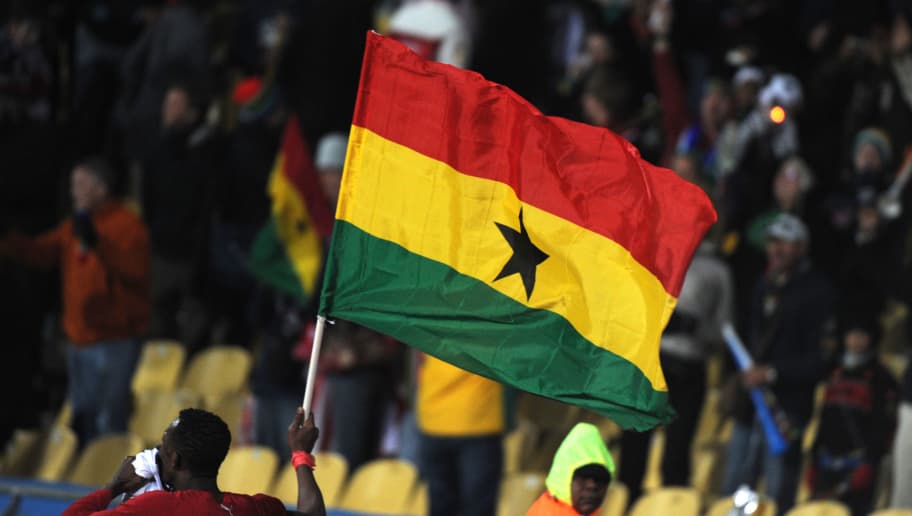 Switzerland, Canada and Japan are seen as the best countries in the world in the 2020 Best Countries Report – a ranking and analysis project by US News & World Report, BAV Group and the Wharton School of the University of Pennsylvania.

The report evaluates the perceptions of 73 nations across a range of categories, from economic influence and military might to education and quality of life, to determine which countries wield the most influence on a global scale.

“By collaborating with leaders in data and academia, we’re able to help thought leaders, business decision makers, policy makers and citizens understand how perceptions impact their country’s standing in the world,” said Kim Castro, editor and chief content officer at US News.

Rounding out the top five are Germany and Australia, while the UK comes in at sixth, and the US climbed one spot to seventh, followed by Sweden, Netherlands and Norway.

The 2020 Best Countries rankings methodology uses data gathered from a proprietary survey of more than 20,000 business leaders; college educated individuals that are middle class or higher; and general citizens who are nationally representative of their country. 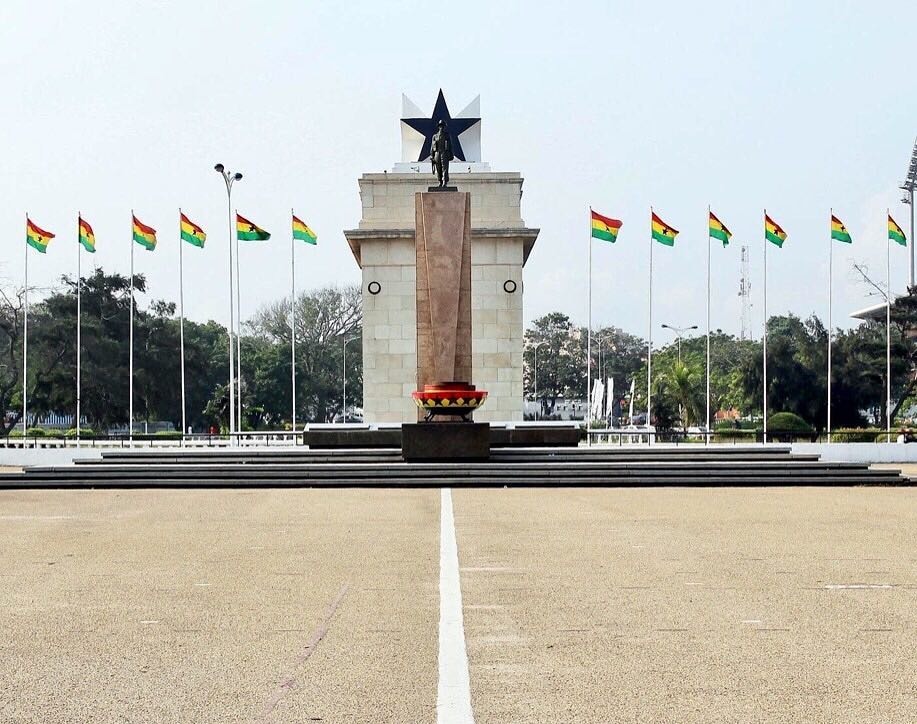 Ghana’s best ranking is in the Open for business subranking, which relates to how open for business a country is: bureaucratic, cheap manufacturing costs, corrupt, favorable tax environment and transparent government practices.

“In deciding where to bring their business, companies must define their priorities by weighing multiple operating and human costs. National governments face a similar cost-benefit analysis in setting corporate tax rates and policy. The countries considered the most business friendly are those that are perceived to best balance stability and expense,” the authors said.

“Developing nations – those that are not considered high-income – are poised to grow at a rate that’s almost double the global average. But a world in transition carries risks and unpredictability. The nations that differentiate themselves are those that have the resiliency and momentum to overcome the challenges,” the authors said.

Ghana ranks dismally in the ‘Heritage’ sub ranking. The countries that perform well in heritage category are those most readily associated with a unique identity. 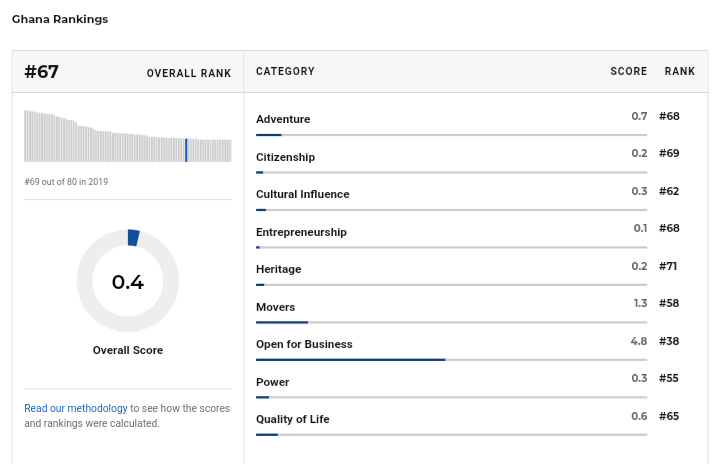 “When it comes to assessing a country’s global contribution, it’s often the nation’s distinctive traditions that come to mind, as opposed to its economic prowess or technological advances. Remnants of a nation’s historical struggles and accomplishments can become almost synonymous with the country’s name, defining the nation’s values and appeal to others around the world. In this way, a country’s past continues to define its present and future.” the authors said.

Ghana also ranked poorly in the transparency subranking. The country is ranked among the least trustworthy countries in the world (71 out of 73). See more rankings below 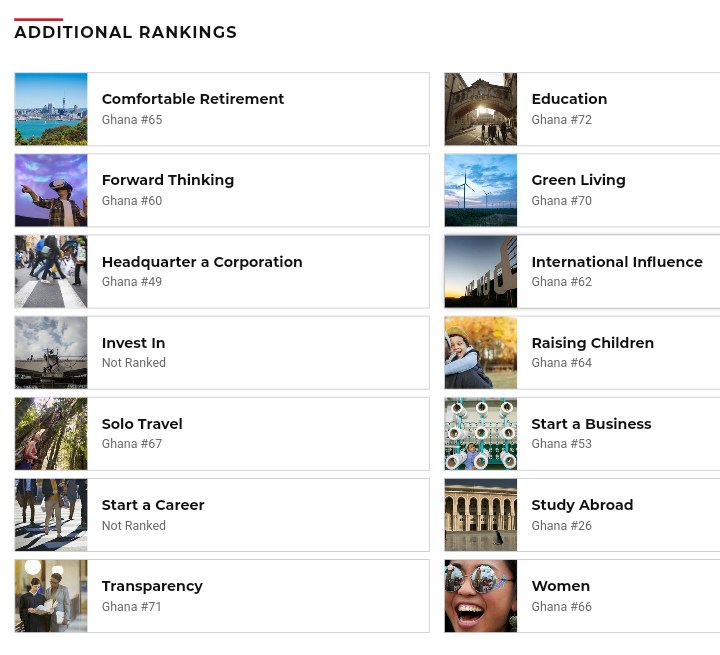 Previous article
Nigeria, 5 Other W. African Countries Condemn the Renaming of CFA franc’s name to ‘eco’
Next article
This Firm Keeps Frozen Human Brains, With the Hope of Reviving Them ‘One Day’