Africa South of the Sahara is the world region with the second-highest GHI score, the region also has the highest prevalence of undernourishment and rate of child mortality in the world. 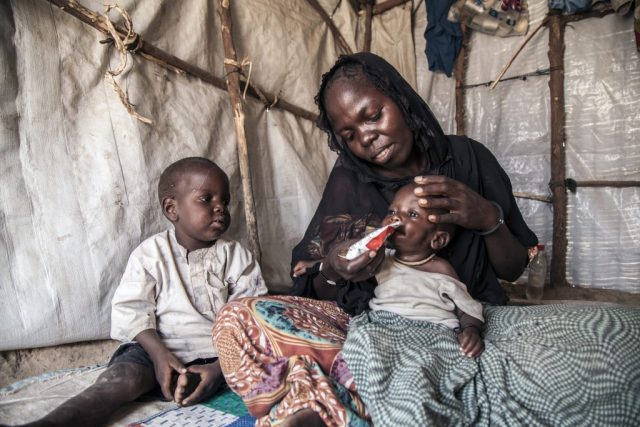 According to the global hunger index, Nearly 193 million people in 53 countries suffered acute food insecurity in 2021 due to a “toxic triple combination” of conflict, weather extremes and the economic effects of the coronavirus pandemic.

South Sudan, Burundi, Somalia and Central Africa Republic (CAR) are at the top of this list as the “hungriest country(s) in the world.” CAR has suffered from instability, ethnic violence and conflict since 2012, disrupting food production and displacing over one million people.

The report further posited that Conflict is a key contributor to food insecurity for many of the region’s countries, including Burkina Faso, Cameroon, Central African Republic, Chad, Democratic Republic of the Congo, Ethiopia, Mali, Niger, Nigeria, Rwanda, Somalia, South Sudan, and Uganda.

According to the report, hunger is at alarming levels in 5 countries—Central African Republic, Chad, Democratic Republic of the Congo, Madagascar, and Yemen— and is provisionally considered alarming in 4 additional countries— Burundi, Somalia, South Sudan, and Syria.

Here are the top 20 hungriest countries in Africa according to the 2022 Global Hunger Index. 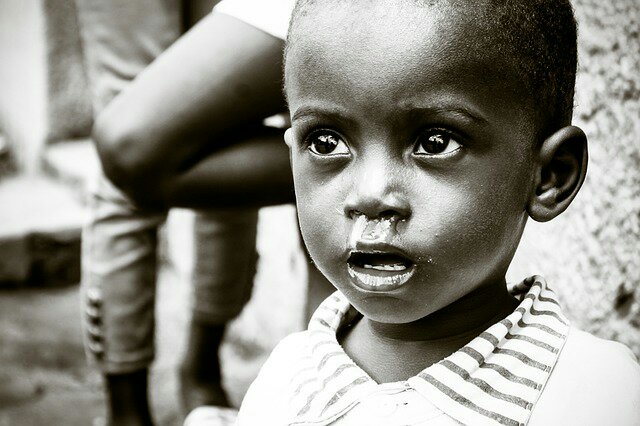 According to WFP, Ethiopia has made important development gains over the past two decades, reducing poverty and expanding investments in basic social services. However, food insecurity and malnutrition are still a major concern across the country; an estimated 20.4 million people currently require food support. This includes internally displaced persons (IDPs), who have had to leave their homes due to the conflict in the country’s north and the severe drought in south and southeast.

19. Republic of the Congo

According to the GHI report, the number of people facing hunger in Democratic Republic of the Congo jumped by 20 percent between 2020 and 2021.

Sudan is one of the most vulnerable countries in the world to climate variability and change, with increasing droughts and unpredictable flooding over the past few decades putting severe stress on the country’s agriculture systems. Conflicts throughout several states within Sudan also continue to impact the capacity of farmers and business owners to produce and stock food.

Despite enjoying a long period of peace and stability, climate change has severely impacted this landlocked country where most farmers rely on rains to grow their crops. 60% of the population lives in poverty, and stunting impacts 40% of Zambia’s children.

Guinea-Bissau has been plagued by political instability since it became independent in 1974, resulting in a lack of development and high levels of poverty.

Chronic food insecurity is further compounded by irregular rainfall and volatility of prices for both imported rice and local cashew nut production.

With a GHI score of 31.5, Sierra Leone is the fifteenth hungriest country in Africa.

Despite relative political stability and peace after a decade-long civil war, rampant poverty continues to leave Sierra Leone towards the bottom of the Global Hunger Index.

Around 5.1 million Sierra Leoneans are estimated to lack sufficient nutritious food to live a healthy life.

Lesotho is experiencing a major food security crisis as a result of the El-Niño induced drought. The situation has been made worse by successive years of crop failures, low incomes and high food prices that mean that 41 percent of rural families are spending over half their income on food.

Lesotho has a Global Hunger Index (GHI) score of 32.4, and is the fourteenth hungriest country in Africa.

Poverty and food insecurity are high in Liberia, particularly in rural areas— where more than half of the population lives.

Niger is currently being affected by the worst food security crisis of this decade, with 4.4 million people in need of immediate humanitarian assistance. This crisis is in the context of continued deteriorating security in the Sahel region, which further aggravates the socio-economic vulnerabilities of the population.

In Niger, over four million households are facing the devastating effects of food insecurity caused by consecutive failed rainy seasons and decades of increasing desertification of the Sahel. Men, women and children have no adequate access to food, and are exposed to several threats harming their well-being. These threats are natural hazards (climate, droughts, wildfires), epidemics (measles, malaria, meningitis and cholera) and insecurity, leading to population movements and competition over resources.

Despite their sustained economic and agriculture sector growth, Uganda still suffers from the hardships of widespread poverty, hunger and malnutrition.

The key drivers of acute food insecurity in this country include insecurity, the impact of the COVID-19 pandemic and high food prices.

Rated as one of the world’s top global food crises in a 2020 United Nations report, Zimbabwe remains in the grip of severe food insecurity, with millions of people already requiring humanitarian assistance due to prolonged drought, climate-related shocks and economic deterioration.

Located in southeastern Africa, Mozambique is a low-income, food-deficit country with a largely rural population of 28 million. It scored 20–34.9 in the 2022 Global Hunger Index.

In 2015, the country reached its Millennium Development Goal of halving the number of hungry people. However, despite these impressive achievement, significant challenges to food and nutrition security remain.

The current level of food insecurity was caused by multiple shocks. In 2019-2020, Mozambique suffered from a lack of rainfall, extreme rains, cyclones, floods, pests and insecurity in the northern areas, which resulted in major agricultural losses, destruction of infrastructure, assets and livelihoods, internal displacement and other damages.

Although rich in natural resources, Guinea faces major socio-economic challenges. The poverty rate is alarming, and 21.8 percent of households are food-insecure. Malnutrition remains high: 6.1 percent of children under 5 are affected by global acute malnutrition, 24.4 percent are stunted, and over 10 percent are underweight.

Chad which neighbors Central Africa Republic to the north, is the seventh hungriest African country in 2022 with a GHI score 37.2.

According to FAO, the primary factors behind Chad’s worsening food security situation are the following: “
”conflict and instability in neighboring countries and related population movements, poor terms of trade for pastoralists, the ongoing agricultural lean season, exacerbated by chronic poverty, low economic development and climate variability.

With a GHI score of 37.9, DRC is one of the largest hunger crisis in the world and the 6th hungriest country in Africa.

According to the world food program, the number of acutely food-insecure people stands at 27 million, making access to food a daily struggle for a significant part of the Congolese population. An estimated 3.4 million children are acutely malnourished.

Madagascar, with an alarming 2022 GHI score of 38.7, is the fifth hungriest country in Africa.

Every year, Madagascar is hit by an average of 1.5 cyclones: the highest number in Africa. The combination of extreme storms, long periods of drought — and even locust attacks — has led to failed harvests and widespread hunger. Almost 50% of children under five are stunted and over half suffer from chronic hunger.

With a GHI score of 44, Central African Republic is the fourth hungriest country in Africa. The country is currently facing unprecedented levels of food insecurity due to conflict, population displacement, widespread poverty, and underemployment.

A land-locked and densely populated country in East Africa, Burundi is one of the poorest countries in the world with more than 70 percent of the population living in poverty. Food insecurity levels are alarming with 52 percent of children under 5 stunted and even higher levels of malnutrition among rural communities.

Some of the drivers of food insecurity in Burundi include poverty, rapid population growth, vulnerability to climate-related shocks, poor access to clean water, and worsening access to basic services such as health and education.

The key drivers of food insecurity and extreme hunger in South Sudan include climate shocks. The country has experienced three consecutive years of heavy flooding, interspersed with periods of drought. This has badly impacted peoples’ ability to cultivate their land and prevent loss of livestock.

According to the GHI, Somalia is the hungriest country in Africa, a position it shares with Burundi and South Sudan. As reported by WFP, in Somalia, 5.6 million people are currently food insecure and 2.8 million people cannot meet their daily food requirements due to the compounding impacts of extended drought, flooding, desert locust infestations, the economic impacts of COVID-19 and conflict.

Previous articleGaspar Yanga, the Runaway Slave Who Led a Successful Resistance Against the Spanish Colonial Government in Mexico in 1609
Next articleKing Almamy Suluku of Sierra Leone, the Political Maestro of the 19th Century