It has been a pile of decades since the abolition of slavery. However, in another context, one can argue that what happened to slavery wasn’t abolition but evolution. This article will not dwell on this debate as it is beyond its scope. 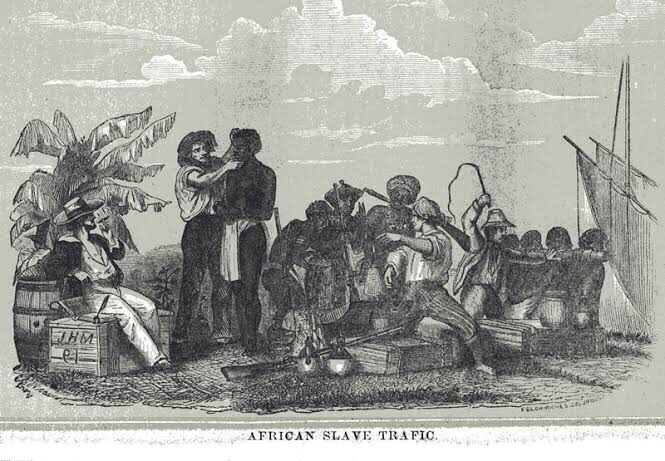 So, it might be correct to assume that the human race has moved on from the ugly past of slavery, considering that both laws and morals have learned to frown at the idea or the reality that it ever existed. Unfortunately, humanity did not follow this righteous frown long enough to harvest the healing that lay within it. Instead, we detoured, lingering on the topic of whose door to dump the hefty blame of the unfortunate era. Who is to blame for slavery: the Europeans who couldn’t sit at home or the Africans who sold their kins?

Now, I have spent a significant part of my life not taking responsibility, and the inevitable skill that comes with it is the exonerating art of excuses and blaming. I know the fine details on how to curate excuses and lay blames just like the sun knows every corner of a cowboy’s hat. I mastered excuses so well, it took me two months before i finally wrote the article you’re reading now. 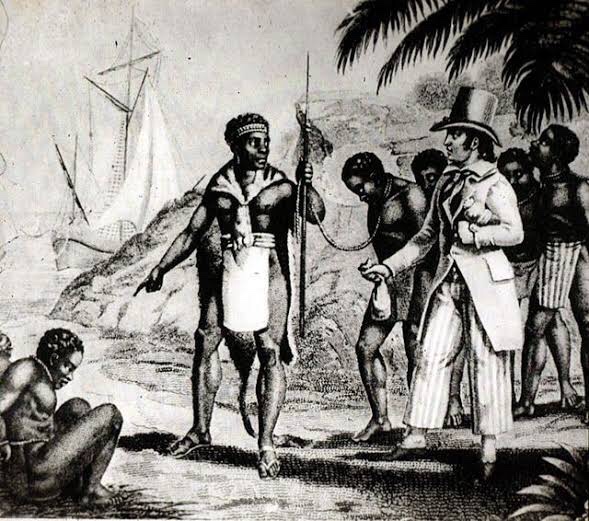 Recently, I read an article and realized that perhaps, I am only one of many who perfected the art of blaming. The report blames the success of slavery in Africa on… guns. 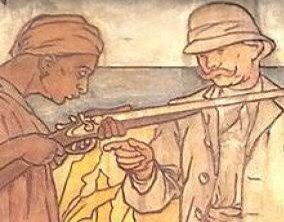 Yes, guns. But far from the image you may have in your mind right now, the report didn’t say the guns were held to the heads of Africans while they matched in defeat into a slave ship. No, it wasn’t that dignifying. According to the report, the Europeans gave Africans guns to capture citizens of other African tribes for them as payment for the guns. 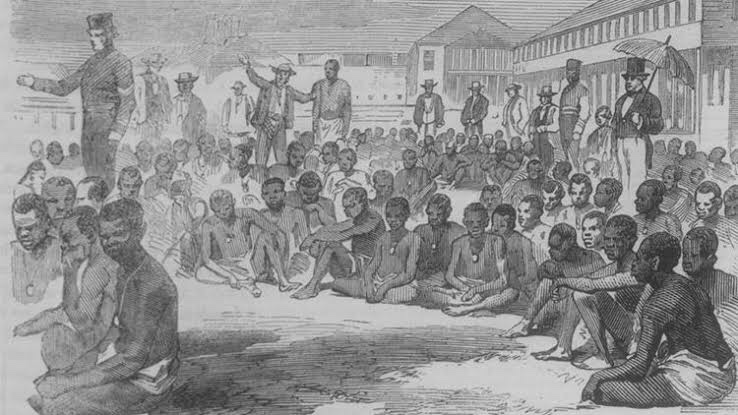 That doesn’t make much sense. Who asks for humans as a form of payment? And what level of gullibility would make Africans help the Europeans capture fellow Africans as payment for guns sold by the Europeans? But the report went ahead to narrate that the Europeans offered a deal Africans couldn’t refuse with a tale laced with manipulative genius… or evil. I guess how you see the story depends on your race, or to be fair, your personal beliefs.

*************
So, the story goes that the Europeans would approach the leaders of African tribes with a made-up story. “The leaders of your neighboring tribes came to us asking to buy guns.” Then the Europeans would reveal, as a trusted friend would saying, “we know if we sold them our guns, their first target would be your tribe. For that reason, we refused to sell because you are a tribe in whom we are well-pleased.”

Then the community leaders, in their wisdom, would ask, “what if our enemies go to the Portuguese or the French to buy these guns?”
“We will not leave you defenseless. We will sell our guns to you,” the Europeans would respond.

Then the leaders would say, “but silver or gold, we have none. How shall we pay you for your guns?”

“Say no more,” the Europeans would interject. “Use the guns we will give you to capture your enemies. Send them to our ships and consider your debt of guns paid in full. Souls for guns, that’s cheaper than silver or gold.”

The Europeans would watch Africans match off to hunt their enemies while they laughed like a devil hanging from a trident. They grinned as they watched their ships brim with victims of a scheme which, unknown to Africans, they had executed on all the tribes. A plan of A Tale and Guns.

*************
Ok, my account of the story is a bit more dramatic. But you shouldn’t blame me. I think a ridiculous story deserves a ridiculous telling. But you would be surprised that this is one of the many stories about slavery that many Africans hang on to prize their endless victim gameplay.

I am not suggesting that the story lacks merit; to be honest, it is the kind of narrative that could only have succeeded in Africa. But it seems Africans are unwilling to leave stories like this to rest in history’s bosom because, with it, they can always blame their grossly dysfunctional societies on European exploitation. These stories constitute a valid excuse that waters the entitlement mentality that the West owes Africa.

The problem with feeling entitled is that whatever you feel you deserve is still in another man’s hands and prerogative to release or withhold from you. And this brings us back to the issue of whether slavery ended with the abolition of the Transatlantic shopping and Europe’s subsequent colonization of the entire continent.

Is it possible that while Africans cry over the kins they sold for guns, the Europeans, in addition, had enslaved the minds of the remaining Africans who were lucky to not have seen the sea when it ran warm with the traffic of unwilling passengers? The relationship between Africa and Europe almost seems like a naive girl who couldn’t stop thinking about an alpha ex and what he did to her hymen.

Yes, slavery was wrong. It still feels terrible that Africans have relatives in Europe and America that they cannot recognize beyond the color of their skin. 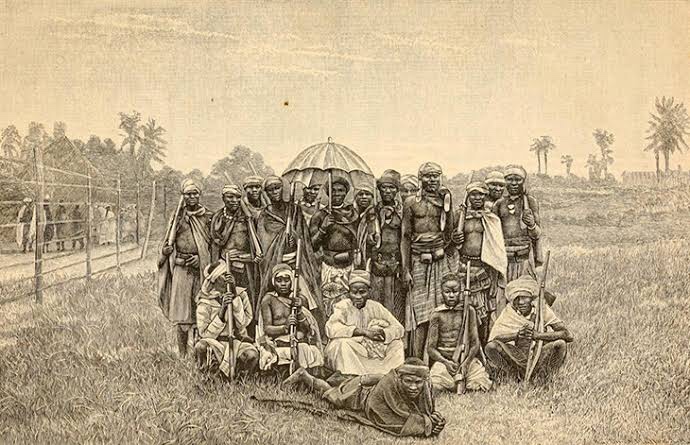 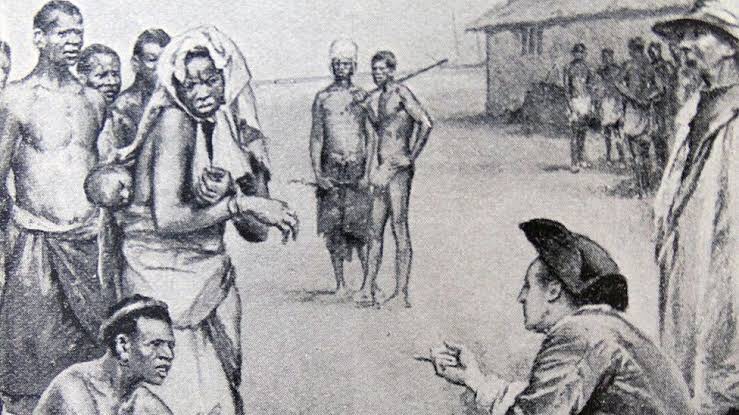 So, blames may be in order. But on this path laid with blames, Africa has also forgotten it has a responsibility to build itself. It blames its underdevelopment, lousy governance, and everything on Europe. And maybe Europe deserves to be blamed, but Africa will soon realize that there is an expiry date for everything. It will recognize that it has failed the offspring of those who survived the A Tale and Guns scheme by not taking responsibility for its growth. Africa will realize it has made yet another mistake. And painfully, it can’t blame anyone this time.

Previous article
Askari: The Indigenous Soldiers of European Colonial Armies in Africa
Next article
Anti-amalgamation Law of 1664, the Law That Prohibited Interracial Marriages in US