One hundred and sixty-five police personnel of the Ghana Formed Police Unit (GHANFPU) have been honored by the United Nations (UN) in Juba, South Sudan. 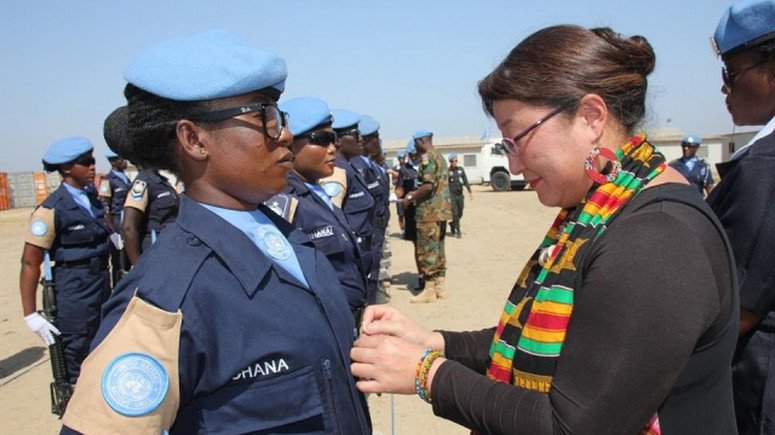 The awards ceremony is an annual event intended to to recognize the hard work of peace keepers who have ended their tenure and ready to return to their home countries.

Speaking at the event, the the Deputy Inspector- General of Police, Mr James Oppong- Buonuh commended the award winners for their dedicated services to the mission in South Sudan.

The Head of Field office for UNMISS (United Nations Mission in South Sudan), Her Excellency Hiroko Hirahara called on the Government of Ghana and the Ghana Police Administration to increase the number of female police peace keepers at Bentiu- South Sudan because of the critical role they play by giving special protection to vulnerable people mainly women and children affected by the political instability in the country.

The Commanding Officer for Ghana Formed Police Unit (GHANFPU), Chief Superintendent Mr. Christopher Klomegah was given a special medal accompanied with a citation for his visionary and leadership qualities which has culminated to the success story of the GHANFPU.

Member States pledge their interest to deploy Formed Police Units and ensure personnel are fully prepared for their deployments, are fully trained, comply with UN policies, rules and regulations, codes of conduct and command and control arrangements, prior to and once they are in mission, and are held accountable for their actions in international service.