Africa has been abused for centuries, used as a resource to be exploited for profit and gain. But how severe is this abuse? Well, here are 5 Shocking Ways The West Abuses African countries. 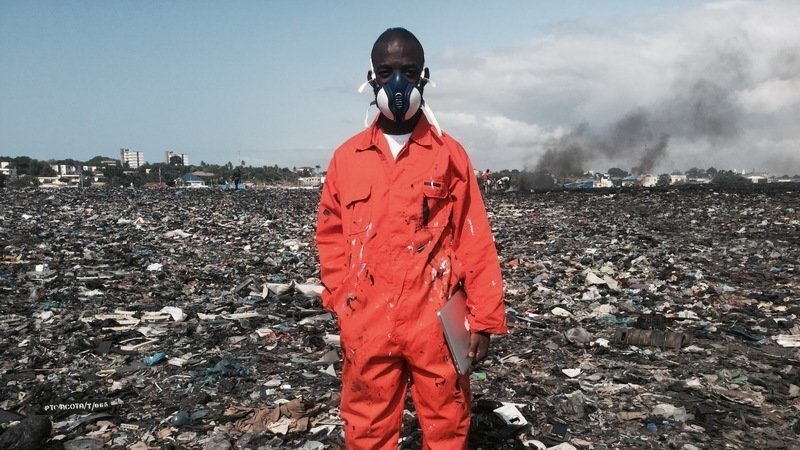 Wealthy nations have contributed a lot to the health of many developing nations. The United States Center for Disease Control spearheaded the campaign to eradicate Guinea worm disease from Africa, for example. But not everyone in developed countries is so keen on actual medicine.

Currently, the number of pharmaceutical companies’ sponsored clinical trials Africa hosts is more than you can find anywhere else.

The normal practice is, once outlawed in the U.S., medical researchers setup shops in Africa and begin experimenting on thousands of human research subjects without their consent or without full disclosure. Believing they were receiving routine medical care, some African are now used to test medication for HIV, malaria, meningitis and any disease, often resulting in infection, and/or even death.

Agbogbloshie, in Ghana, has been given the nickname Sodom and Gomorrah by locals. The name’s not a reference to sexual deviancy, but rather to the flaming wasteland that God made of the two towns in the Bible. An image search for “Agbogbloshie” makes it clear that they’re not at all wrong.

The reason for the horrific state of the area is that each year, hundreds of thousands of tons of electronic waste is legally and illegally dumped at Agbogbloshie (Ghana) from the more developed western countries.

Unfortunately, the repercussions of this have been the severe environmental degradation that has manifested itself at Agbogbloshie. Low-income inhabitants (poor men, women and children) trying to survive practice the burning of this electronic waste and scrap to salvage and sell the metals derived from this process. This self-harmful burning has serious health implications.

The impact on the environment—and the people—is dramatic. Lead quantities in the soil have been found to be 45 times the safe levels recommended by the United States Environment Protection Agency. Blood tests on a local volunteer found aluminum levels at 17 times the safe amount.

The European Union has sanctions against exporting waste to developing countries, but those rules are aggressively ignored. Many waste goods are classed as “charitable donations” before they’re dumped on scrap heaps. Millions of the world’s poor, many of them children, dismantle the items in unsafe conditions to sell the small bits of metal as scrap.

The Ghanaian government implemented a ban on the environmentally damaging appliances in June 2013—the authorities caught 177 illegal shipments by November. It looks like the West may actually have to deal with its own waste pretty soon.

Benjamin Franklin famously wrote that nothing in life is certain except for death and taxes. Western companies disagree: They’re quite happy to leave death as the only certainty, and hide all their money away offshore. If companies stopped avoiding taxes in developing countries, the amount of money left for the country would be more than triple what those countries currently get in aid.

Nearly half of the money invested in Africa gets channeled through a tax haven. Tax avoidance in developed countries has been a big news story in many places, yet the poorer countries get it much worse—it’s estimated that they lost $5.86 trillion from 2001 to 2010.

In the Democratic Republic of Congo, two mining companies on the London Stock Exchange did deals offshore that robbed the African nation of enough to cover its education and health budgets for two years. Kofi Annan when alive called the current tax situation “unconscionable,” while charity ActionAid says tax havens are among the biggest obstacles to global development.

Despite that, Barclays Bank published a brochure in 2013 promoting Mauritius as the ideal place to use when investing in Africa. It called the island “the offshore financial centre of choice for India and the sub-Saharan region,” and said that it could help investors “make the most of every tax advantage available.” It garnered a lot of criticism, and that brochure is no longer on their website.

In order to secure mineral or oil rights as well as lucrative contracts western countries sometimes protect their allies by turning a blind-eye to official corruption by ruling parties and leaders. this has in fact encouraged corruption. Western business organisations also exercabate corruption by colluding in corrupt practices.

According to the African Union report and the United Nations Economic Commission for Africa, Africa loses more than $50 billion every year to illicit financial flows. All in all, over the past 50 years, the continent has lost more than $1 trillion to corruption—roughly the amount of development assistance Africa received during the same period.

So many countries in Africa are losing some of their most promising individuals to the lure of a better life elsewhere. Healthcare is one of the most highly impacted areas.

Brain drain is a major challenge facing Africa especially in the health system, this has led to a dramatic reduction in the number of doctors in the region. According to the Organization for Economic Co-operation and Development, Nigeria is one of the three leading African sources of foreign-born physicians. According to some estimates,about 2,000 doctors have left Nigeria over the past few years.

You don’t have to be a genius to understand the benefit of having talented geniuses especially Doctors, scientists, and engineers in a developing economy. It’s therefore a big problem that in some of the poorest countries in Africa, tons of university graduates, doctors, engineers leave to work in the world’s richer nations.

In 1970, 90 percent of physicians that left their home country moved to just five countries: the US, the UK, Germany, Canada, and Australia. It’s hard to blame the migrants; the opportunities and working conditions are far greater in richer nations, but the detriment to their home nation—which invested in their training—is clear. UNESCO is among the international bodies trying to figure out what to do about it. The issue is that refusing to allow talented people to pursue their best opportunities, wherever those opportunities may be, is inherently unfair to individuals. Balancing that against the needs of less developed countries is complicated and there’s really no obvious solution.