The Daasanach are a semi-nomadic tribe numbering approximately 50,000 whose clans stretch across Sudan, Kenya and Southern Ethiopia.

The Daasanach are a primarily agropastoral people; they grow sorghum, maize, pumpkins and beans when the Omo river and its delta floods. Otherwise the Daasanach rely on their goats and cattle which give them milk, and are slaughtered in the dry season for meat and hides. Sorghum is cooked with water into a porridge eaten with a stew. Corn is usually roasted, and sorghum is fermented into beer.

The Daasanach who herd cattle live in dome-shaped houses made from a frame of branches, covered with hides and woven boxes. The huts have a hearth, with mats covering the floor used for sleeping

The Daasanach are traditionally pastoralists, but in recent years have become primarily agropastoral. Having lost the majority of their lands over the past fifty years or so, primarily as a result from being excluded from their traditional Kenyan lands, including on both sides of Lake Turkana, and the ‘Ilemi Triangle’ of Sudan, they have suffered a massive decrease in the numbers of cattle, goats and sheep. As a result, large numbers of them have moved to areas closer to the Omo River, where they attempt to grow enough crops to survive.

Politically, the Daasanach don’t feel they belong to either country and prefer to self-govern by their own customs and interpretation of land borders. According to the 2007 national census, they number 48,067 people (or 0.07% of the total population of Ethiopia), of whom 1,481 are urban dwellers.

In the past, the tribe was able to roam from place to place more freely as pastorialists, but in recent times there is also a dependence on agriculture. Like many tribes of the Omo Valley, the Daasanach depend on the annual flood cycle of the Omo River to nurture their crops.

The Daasanach are known for their fighting prowess and are feared by many neighboring groups, such as the Gabbra and Turkana. Raids to obtain more cattle are celebrated, and Daasanach warriors are proud of the number of enemy they have killed. Their unique culture is valued, and the Daasanach are reluctant to adopt outside technology. Irrigation systems to aid in agriculture were introduced to this area by American missionaries in the 1960′s, but these systems have been disregarded since the end of colonialism. 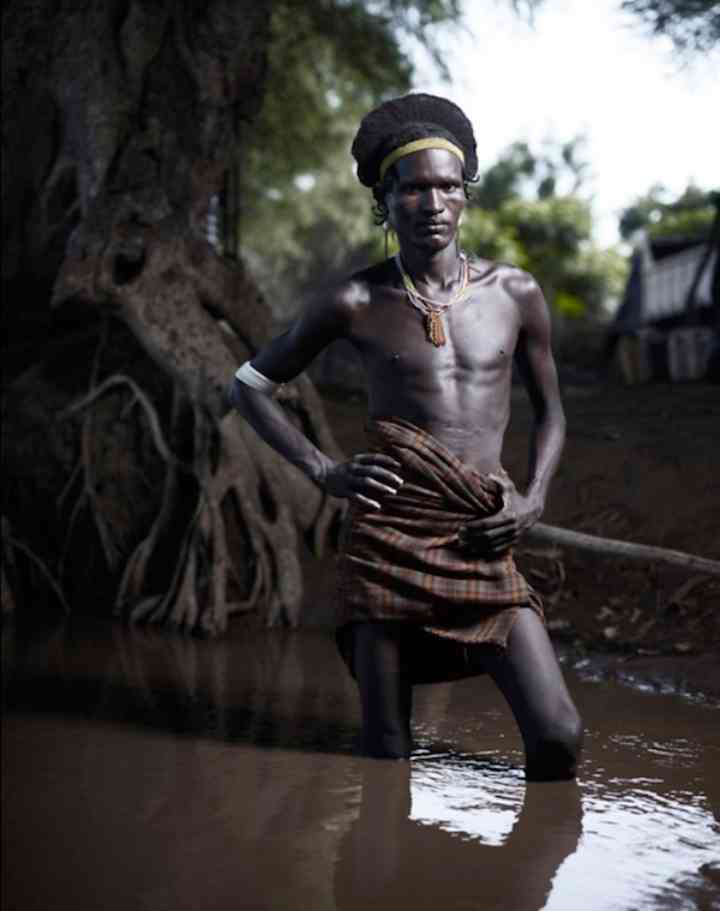 The Daasanach tribe have a tough life. Living just north of Kenya’s Lake Turkana, with their cattles. But cattle mean more than just food, this is a key status symbol, and those who have no cattle are looked down on. The Dies are people who have lost their cattle and their way of living. They live on the shores of Lake Turkana hunting crocodiles and fishing. Although their status is low because of their lack of cattle, the Dies help the herders with crocodile meat and fish in return for meat. 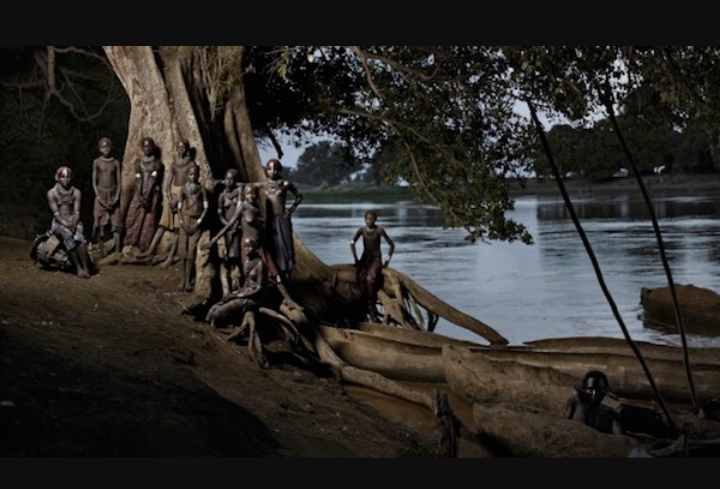 Also, this tribe is not defined by ethnicity. There is no one single predominant ethnic group, but there are eight main clans, each of them has its own responsibility towards the rest of the tribe. Any person can be admitted into the Daasanech, but with one condition: both men and women must be circumcised to join the tribe.

While the men wear only a checkered cloth around their waist, the women wear a pleated cowskin skirt and necklaces and bracelets, they are usually married off at 17 while men are at 20.

An interesting fashion trend amongst the Dassanach is their headgear. Nothing can compare to their original and unusual hats both men and women sport. The Daasanach people use the strangest materials to make wigs and caps – some are made with buckets of dried small flowers and branches, and the others consisting of bowls decorated with shells and white feathers and bottlecaps collected from discarded coke and beer bottles. 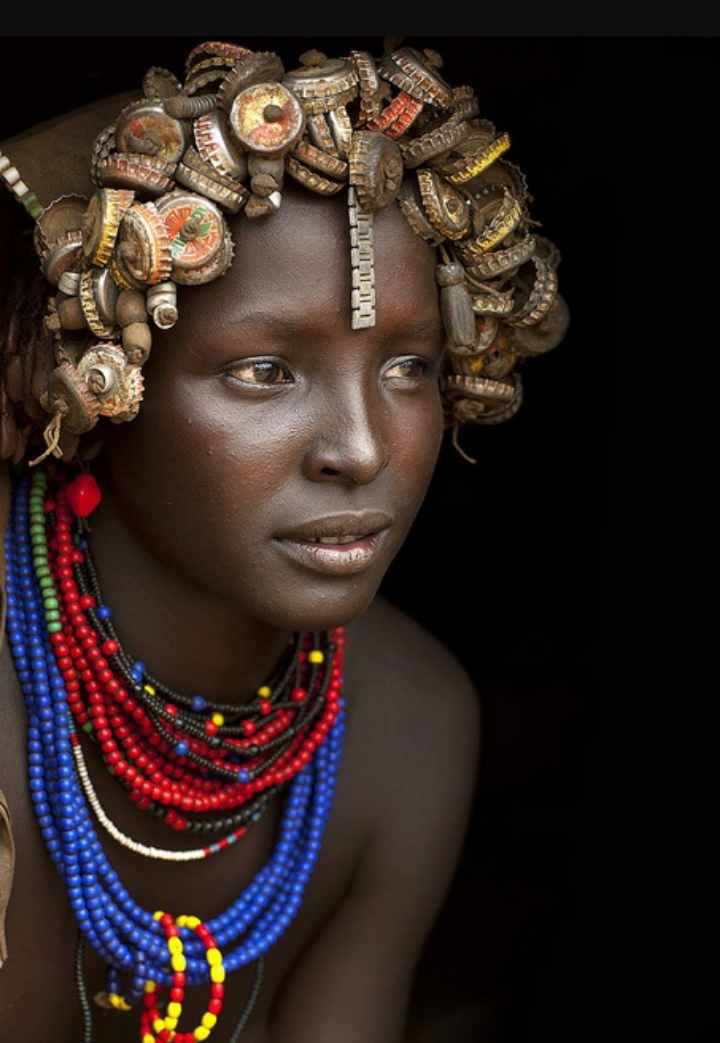