The Dinka are a pastoral-agricultural people that make up the largest ethnic group in South Sudan. They vary their lifestyle by season – in the rainy season they live in permanent savannah settlements and raise grain crops like millet, while in the dry season they herd cattle along rivers throughout their region. Their lives are very closely intertwined with those of their cattle – at their coming of age ceremony, young Dinka men are given an ox, and that ox’s name becomes a part of their own name. As it grows, they also shape their ox’s long horns into different forms. 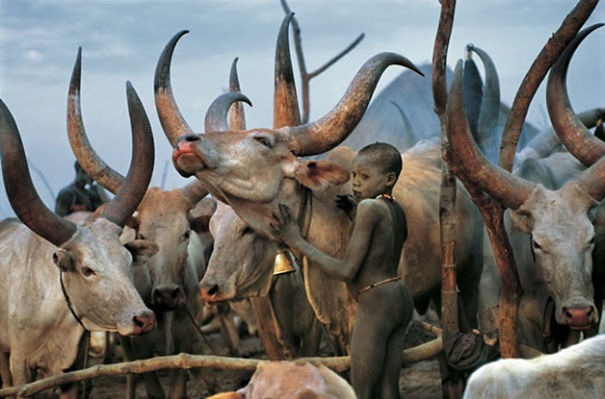 During South Sudan’s dry season between December and May, members of the Dinka tribe move from the highlands to the lowlands close to the river Nile, where they set up extensive cattle camps, ensuring their animals are close to grazing land. 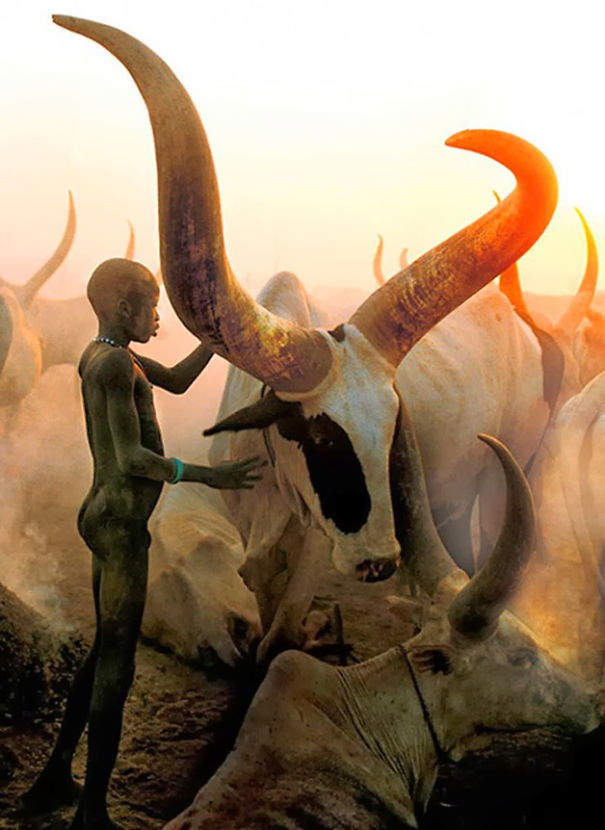 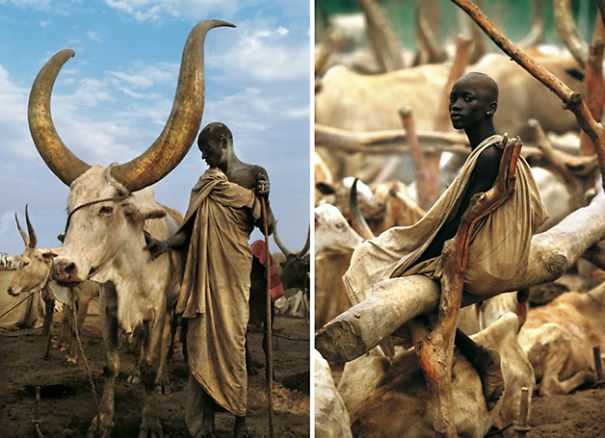 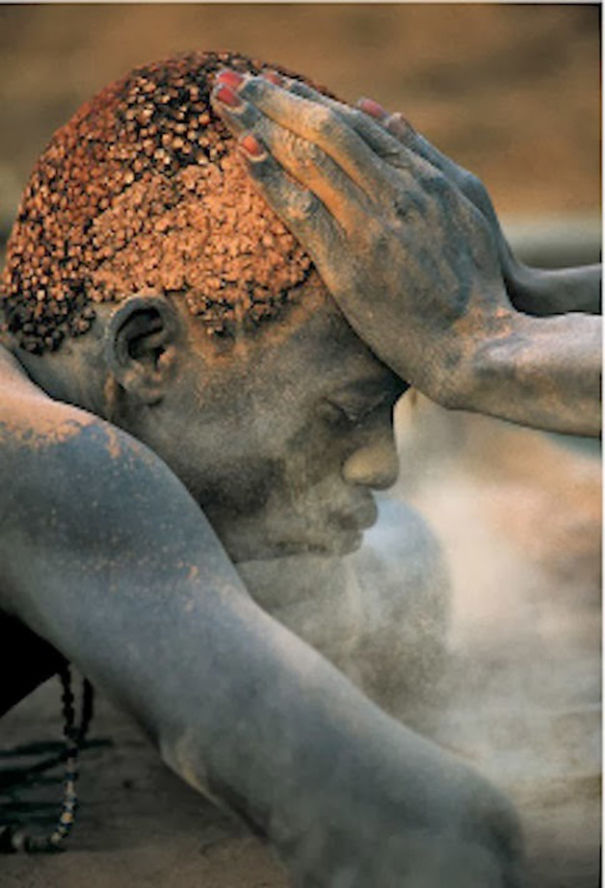 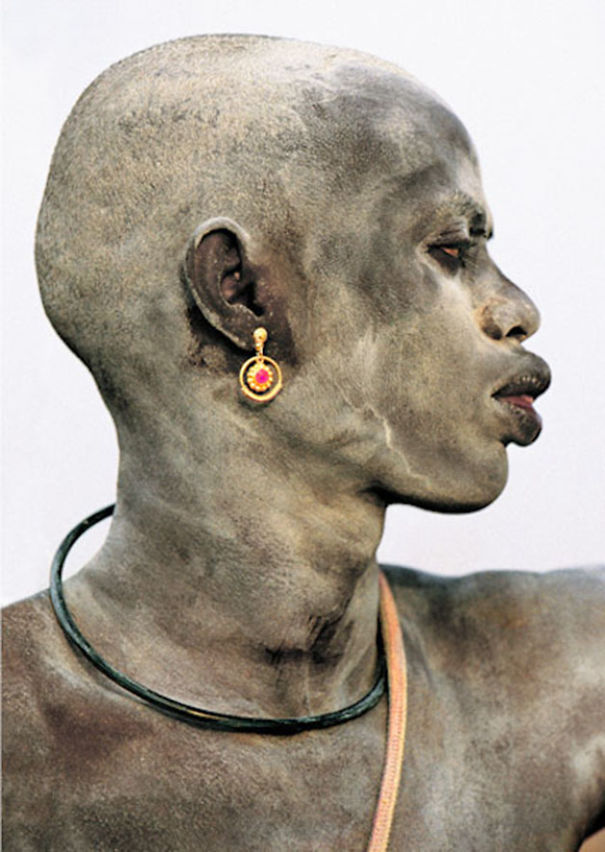 The Dinka mainly practice traditional agriculture and pastoralism, relying on cattle husbandry as a matter of cultural pride, not as a source of commercial profit or meat, but as a means to perform cultural demonstrations, rituals, marriage dowries and milk feedings for people of all ages.

The Dinkas’ pastoral lifestyle is also reflected in their religious beliefs and practices. Most revere one God, Nhialic, who speaks through spirits that take temporary possession of individuals in order to speak through them. The sacrificing of oxen by the “masters of the fishing spear” is a central component of Dinka religious practice.

The Dinka are primarily transhumant pastoralists, moving their herds of cattle to riverine pastures during the dry season and back to permanent settlements in savanna forest during the rains, when their food crops, principally millet, are grown. Each group is internally segmented into smaller political units with a high degree of autonomy. Because of the vast geographic area they occupy, the Dinka exhibit great diversity of dialect, although they value intra-group unity in the face of enemies.

By tradition, certain of their patrilineal clans provide priest-chiefs (“masters of the fishing spear”), whose position is validated by elaborate myths. Spiritual leadership and intervention are important to the Dinka, who are intensely religious and for whom God (Nhial) and many ancestral spirits play a central and intimate part in everyday life. Anything from a lie to a murder may be an occasion for sacrificial propitiation of the divine.

The Dinka ritualize the passage from boyhood to manhood through age-old ceremonies during which a number of boys of similar age undergo hardship together before abandoning forever the activity of milking cows, which had marked their status as children and servers of men. Initiation into adulthood includes marking the forehead with a sharp object. Also during this ceremony they acquire a second cow-colour name. The Dinka believe they derive religious power from nature and the world around them, rather than from a religious tome. 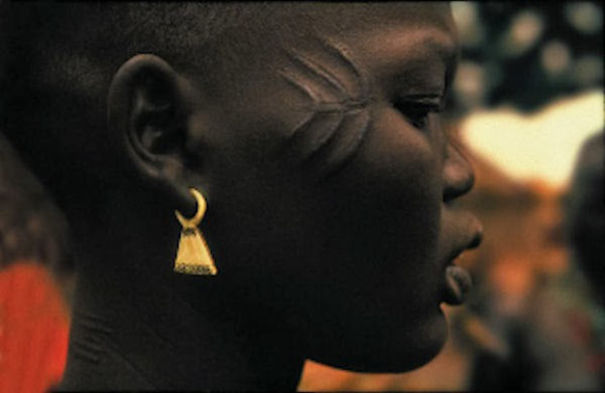 Unlike the heavily Arabized Islamic population of northern Sudan, the indigenous African population in the south of the country has maintained animist religious beliefs that were incorporated into the Christianity established by 19th century missionaries.

During the last two decades of the 20th century, when South Sudan was still part of Sudan, the Dinka’s traditional way of life was seriously threatened by the Khartoum -based government’s attempt to impose Islamic law on the non-Muslim south. The resulting civil war in Sudan pitted Arab militias against their customary rivals, particularly the Dinka. Conditions worsened as the Dinka and Nuer, both southern Sudanese, also turned against each other. In 1999, however, the Wunlit Dinka-Nuer Covenant was signed and a cease-fire instituted between the two southern ethnic groups. The larger civil war raged on until a Comprehensive Peace Agreement was signed in 2005.

In July 2011, South Sudan seceded after a referendum, although the infrastructure and economy will take years to recover. In both the Islamic north and the Christian south, internal strife persists.

Previous article
For The First Time, Married Women In Botswana Can Own Land Alongside Their Husbands
Next article
Matriarchal Communities in Africa: African Communities Where Women Reign Supreme