For the third year running, South Africa has topped as Africa’s most attractive market for investments. 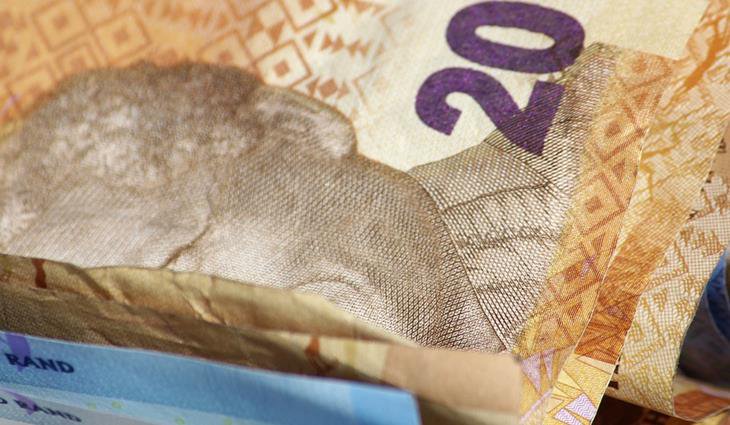 “South Africa’s high position on access to foreign exchange after having been overtaken by Kenya in the previous edition of this index was as a result of high interbank foreign exchange turnover, regular exchange rate reporting and a favorable reserve level relative to net portfolio flows.”

The index described South Africa as having “deep market liquidity anchored by strong domestic investors” and noted that it has the largest market capitalisation of any of the countries. The country was top of four of the six pillars and it remains well ahead of second placed Mauritius, which jumped up from number four in 2018, and which was characterised as having a “sizeable pool of investible pension assets with strong legal framework”. 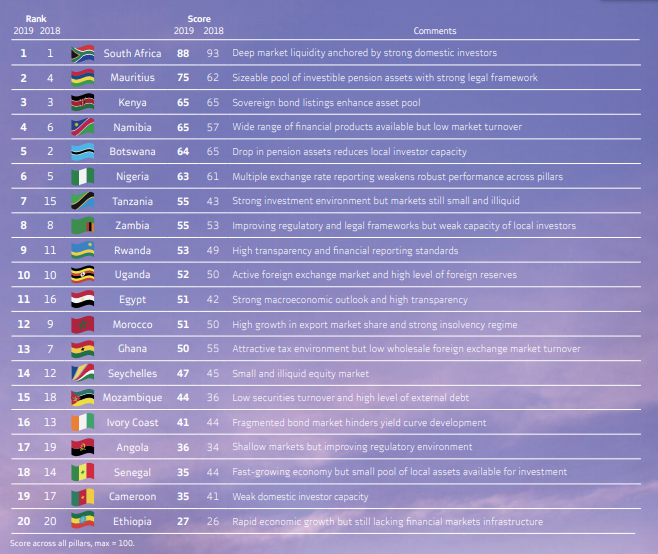 There was again a drop to third-placed Kenya, where “sovereign bond listings enhance asset pool”, but from there on the rankings were tight, with Namibia, Botswana and Nigeria all having similar positions, albeit that Botswana had fallen from second place in 2018 as a “drop in pension assets reduces local investor capacity”.

The middle group is Tanzania, Zambia, Rwanda, Uganda, Egypt, Morocco and Ghana, all of which are again close together, followed by Seychelles, Mozambique, Ivory Coast and then Angola. Egypt, however, has been something of a success, rising five places, having a “strong macroeconomic outlook and high transparency”, ranking best for macroeconomic opportunity.

Bottom of the index’s 20 countries remains Ethiopia, which was characterised as having had “rapid economic growth but still lacking financial markets infrastructure”. Just ahead of it is Cameroon, with “weak domestic investor capacity” and Senegal with a “fast-growing economy but small pool of local assets available for investment”.

Now in its second year, the index is a premier indicator of the attractiveness of Africa’s financial markets, for use by governments, investors and asset managers around the world. ‘The second edition of the Absa Africa Financial Markets Index draws attention to the considerable investment opportunities and untapped market potential of countries across the continent,’ says Akinwumi Adesina, president of the African Development Bank, in a foreword to the report.

“The index is becoming a powerful barometer for policymakers and playing a role in building an Africa which is able to fund itself,” George Asante, the head of global markets for Absa’s regional operations said.

Niger's economy is projected to expand 6.9 percent this year in comparison to 3.4 percent and 1.9 pegged for Nigeria and South Africa respectively., according to the IMF
Read more