After years of selling knockoff merchandise like designer shoes, handbags etc, Barcelona’s street vendors known as Manteros have set up a co-operative and launched a line of trainers under the brand name Top Manta.

Under the slogan, “It’s not only about just doing it, but about doing it right”. The trainers Ande dem are manufactured with vegan materials and are made in Alicante in Spain and Porto in Portugal.

“We have always been criticised and persecuted for selling copies, but now we have our own brand,” Lamine Sarr, a Top Manta spokesman, told the Guardian.

The co-operative’s spectacular launch presented the Ande Dem trainers, which means “walking together” in Wolof, the language spoken by most manteros (vendors), who are mainly from Senegal.

The name Top Manta comes from the blanket (manta) on which they spread their goods. The logo is of a blanket, but also represents waves to reflect the fact that most manteros arrived in Spain after making the hazardous journey by sea in small inflatable boats.

The colours of the shoes recall Africa, while the rugged soles make them more suitable for working on the land or a building site than for jogging.

The shoes were designed by a group of manteros with the help of a local architect and designer, Sara González de Ubieta, and a graphic designer, Helga Juárez.

Unlike big brands that mass produce trainers in low-income countries, Top Manta says it has opted for responsible production with the aim of reviving the artisanal shoe industry. 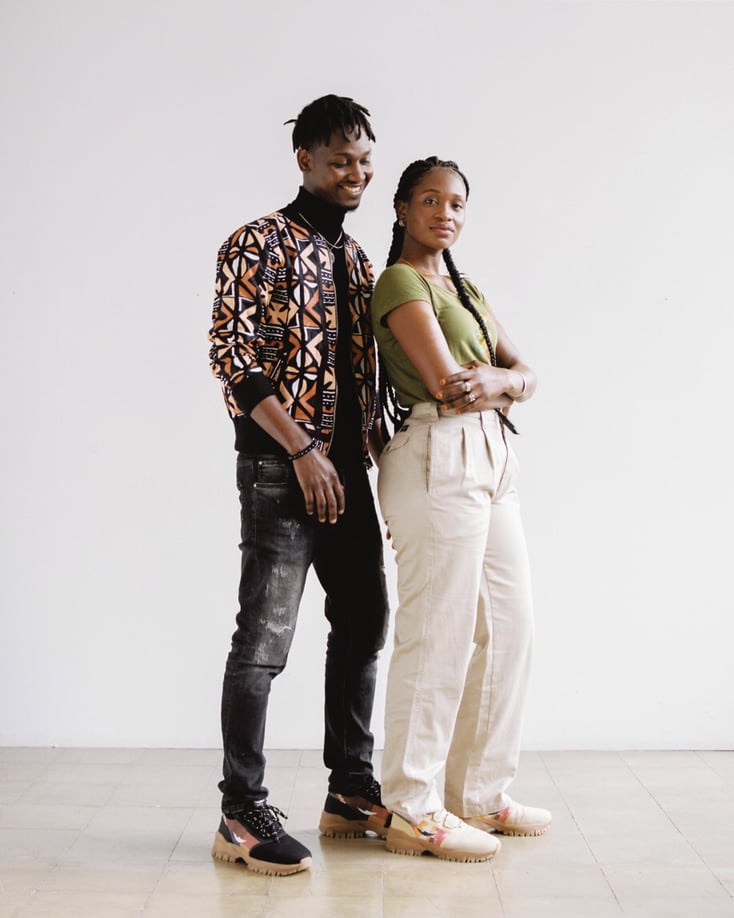 They have produced 400 pairs so far, retailing at €115 (£100). They can be bought from the co-operative’s shop in Barcelona or online. All profits go towards building the brand and helping manteros and their families.

“We’re showing those people who always said we weren’t capable of making our own shoes that we can.

“We’re like a brotherhood and that gives us strength and the perseverance to cope with the present and create a future for ourselves.” 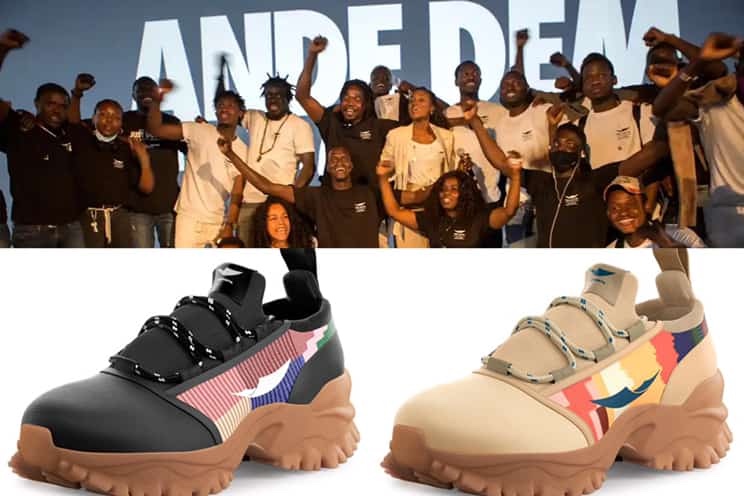 Manteros are illegal street vendors in Spain. A personal name derived from their constant companion, a manta, the white blanket on which they spread their goods and which can be transformed into a portable bag in a matter of seconds.

The number of manteros is thought to have increased in recent years. There are between 1,000 to 2,000 in Barcelona, with as many as 500 operating in Madrid, as well as in coastal resorts.

The biggest concentration of manteros is in Barcelona, where during the summer months they flock to the beachfront district of La Barceloneta as well as the central Plaça de Catalunya.

Spain’s laws condemn illegal immigrants to a marginal existence. To obtain legal residency, non-EU immigrants must live in the country for three years, prove they have had a fixed address for at least a year, show they are learning the language and have a work contract for a minimum of one year. For many, perhaps most, these conditions are impossible to meet and they remain in a stateless limbo.

By creating jobs manufacturing and marketing shoes, Top Manta has succeeded in getting 120 manteros legal residency and has found jobs for 25 of its members. It also offers training in textiles and screen-printing as well as language classes. 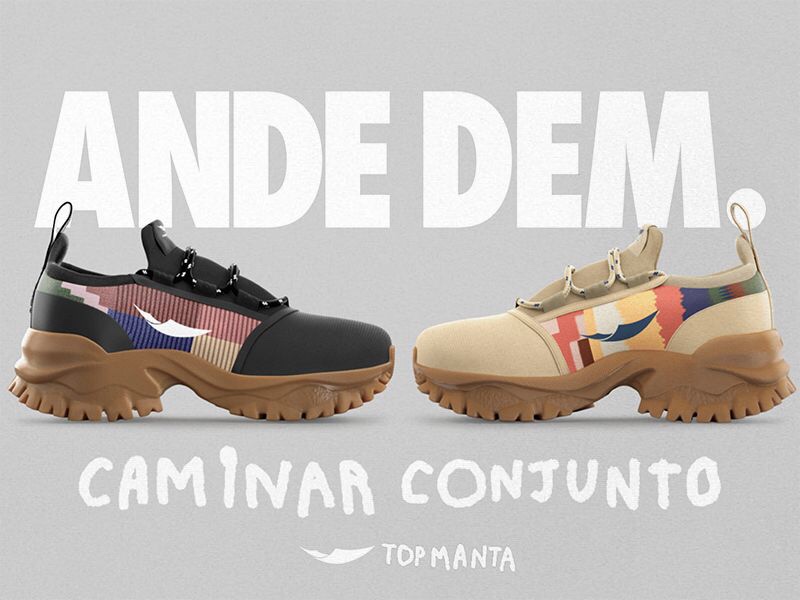 Asked why anyone would choose Top Manta trainers over Nike, New Balance or Adidas, Sarr said: “Instead of supporting a multinational that exploits desperate people in the developing world, you are helping a community that is discriminated against in every way. You are helping people to become legal and work for a decent wage.”

Previous article
Flora Nwapa: This Nigerian Was the First African Woman to Publish a Novel in English Language
Next article
The Earliest Obtainable Map of the Whole Continent of Africa