The Antemoro people are an ethnic group in Madagascar, an island nation off the coast of Africa that were widely reputed in the pre-colonial period for their astrologers, who could predict the future based on lunar phases and astrological charts. 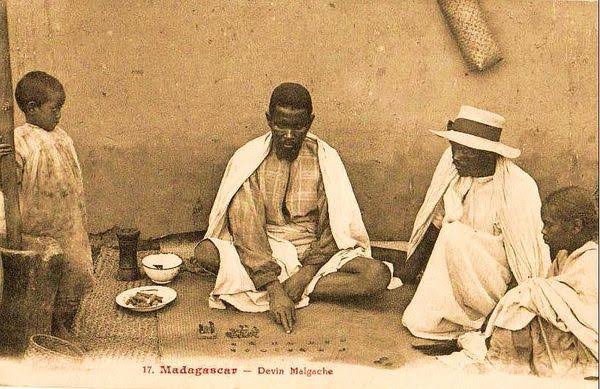 The Antemoro people have a long and rich cultural history that dates back to the early centuries of the first millennium. Their origins are shrouded in mystery, but it is believed that they are descended from Arab traders who settled on the island in the 9th century. Over time, the Antemoro people developed their own distinct culture and way of life, with a strong focus on astrology and the study of the stars.

The Antemoro were widely reputed in the pre-colonial period for their astrologers, who would predict the future based on lunar phases. They were known all across Madagascar and acted as advisers at the court of many Malagasy kings.

The Antemoro astrologers, known as “ombiasy” (astrologer sages) were (are) skilled in the interpretation of celestial events and were often consulted for important life decisions such as marriage, childbirth, and business ventures. They use a combination of traditional astrological techniques, including the study of the positions of the stars and planets, to interpret the movements of the stars and provide guidance to people.

In addition to their expertise in astrology, the Antemoro people also made significant contributions to the development of the Malagasy language. Prior to the arrival of Europeans on the island, the Antemoro people used a written form of the language known as “sorabe.” This writing system was based on the Arabic alphabet and was used by the Antemoro people to record their oral traditions and cultural practices.

Sorabe writings traditionally ranged from instructional texts for teaching astrology, to historical records and other forms of documentation, and materials written using the sorabe script were considered to be sacred.

The Antemoro are also known for their expertise in other traditional arts and crafts, including weaving, carving, and the production of perfumes and essential oils. These skills are passed down through the generations and are an important part of Antemoro culture and identity.

In the 19th and 20th centuries, African tribes were subjected to colonization and exploitation by European powers, which led to the loss of much of their traditional land and cultural practices. This period of colonization had a profound impact on the Antemoro people, and many of their cultural traditions and practices were lost or suppressed.

Despite these challenges, the Antemoro remain a vibrant and resilient community, with a strong sense of cultural identity and a deep connection to their traditions and way of life. Their astrological traditions, in particular, continue to thrive and are an important part of their cultural heritage.

Previous article
Remembering Heartbreak Day: The Tragedy of New Year’s Day for Slave Families in the United States
Next article
The Stono Rebellion: How Enslaved Africans Led the Largest Slave Rebellion in South Carolina in 1739