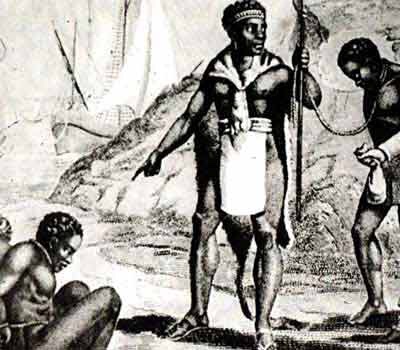 Antera Duke (alive as late as 1788) was an 18th century slave dealer and Efik chief from Calabar bis diary, written in Nigerian Pidgin English, was discovered in Scotland and published. This diary records his interactions with British merchants to whom he sold slaves; he writes about wearing “white man trousers” and entertaining the merchants he traded with.

Antera Duke was born around 1735 in Old Calabar in what is today southeastern Nigeria. Duke and his family were prominent Efik members in an African-British slave-trading network based in Duke Town. It was through this network that Duke learned to speak and write pidgin English.

Duke kept a diary, written in pidgin English of his day-to-day activities in which he described trade operations and disputes with British slave ship captains. Antera Duke and his fellow traders received goods such as “cottons, household goods, beads, gunpowder, firearms, and liquor” in exchange for their slaves.

The Efik enslaved criminals from their own people, purchased people from neighbouring towns and villages and went on expeditions to capture people to enslave. The slave ship captains, mostly from Liverpool in this region, would collect small groups of captives from each trader. In return, the traders would receive imported Western goods such as iron bars, knives, guns, gunpowder, beads and cloth. 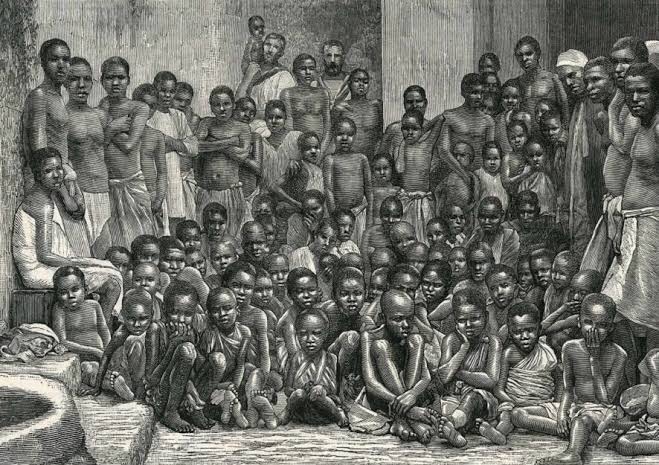 Duke records putting on ‘white man trousers’ and entertaining the captains of the British slave ships with whom he traded. Slave ship captains described how the chiefs in Calabar lived in two-storey European style houses made from materials which were imported from Britain.

Duke and the other traders within his network occasionally had trade disputes with British captains concerning the “comey” or duty taxes they required of the British captains before they traded in Old Calabar.

In March 1785, Duke recorded one such dispute when the captain of a British ship tried to coerce Duke Ephraim, Antera’s trading partner, to lower the comey. The captain failed to convince Duke Ephraim to lower his comey and departed for Cameroon.

Antera Duke likely died around 1809. Some years later, a Scottish missionary carried Duke’s diary to Edinburgh. While some of the content has been lost, what remains of Antera Duke’s journal shows some of the sophisticated relationships that existed between African elites and English merchants. Traders and local leaders, like the Dukes, could mobilize powerful political, economic, and military resources in their dealings with Europeans in the Atlantic economy.

Very little is known about Antera Duke, except that he was literate and numerate, both speaking and writing in English, and that he kept a diary in pidgin English. Most of the diary has not survived, but the pages relating to 1785-1788 were copied and provide an extremely valuable primary source which reflects the slave trade that went on within Africa.

Duke’s diary also describes frequent mass executions of household and other captives to celebrate feasts and honour the dead.

Previous article
Antonianism: The Catholic Movement That Portrayed Jesus as a Black Man
Next article
Edward Nkoloso and His Afronauts Project: Could the USA Have Stolen Their Space Secrets From Zambia?