Edward Nkoloso and His Afronauts Project: Could the USA Have Stolen Their Space Secrets From Zambia?

No one remembers Africa when they think about the space race of the 1960s. The USA may be the winner, but is it possible they stole their space secrets from the unlikeliest of places – Zambia? 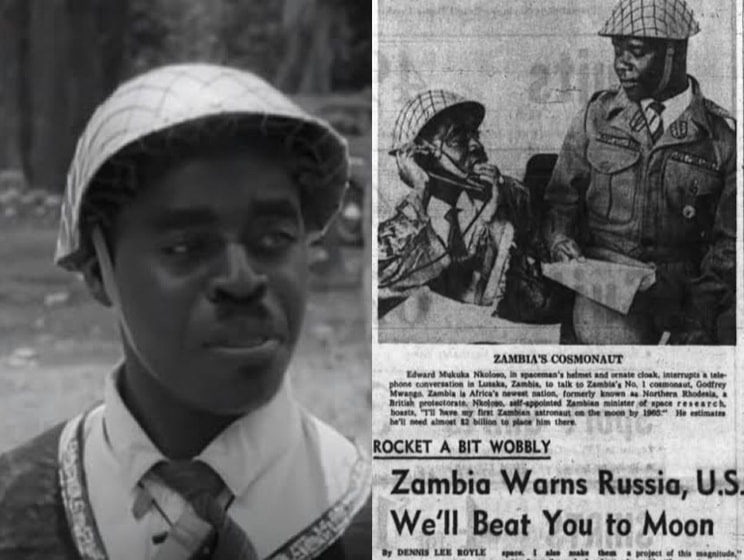 For those who don’t know, Zambia was a British colony in East Africa. Like every history, the story you are about to read drags a tincture of emotions behind it. First, the story sounds ridiculous; then it becomes hilarious. And if you are an African, you might even feel embarrassed that the signs of your continent’s unfortunate lack of self-belief showed even before the last white men took down the pictures of the Queen from your walls. But before we dive deep into this story, let’s take a moment to explore the background that makes it relevant. 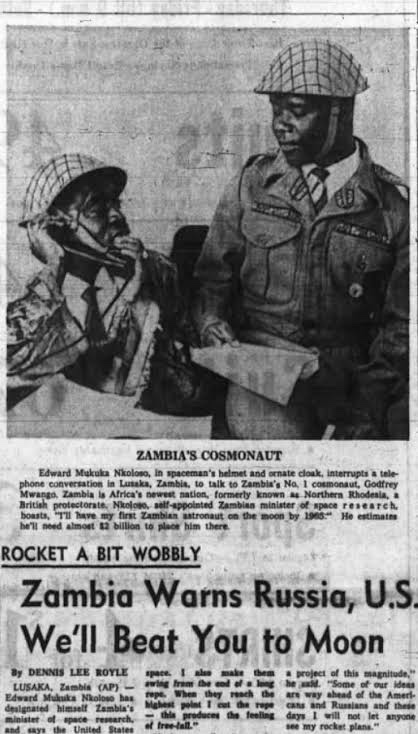 In the second half of the 1950s, barely a decade after the last smoke from the Second World War had melted into history, the world caught a fever again. This time, the USA and the Soviet Union felt it would be a good sport for one country to beat the other by becoming the first to send a man to space. On the surface, each nation came to the competition wanting to assert itself as more scientifically advanced than the other. However, the rest of the recuperating world knew the subtext was about the expression of power and dominance.

The space talk was more of a trendy banter that massaged the imaginations and innovations of countries and science organizations. However, in 1962, wasted words congealed into actions when the US President, John F. Kennedy, raised the stakes by announcing that he would put a man on the moon. What guts? The Soviet Union was not going to have it, and soon the nuclear arms race between the two countries after the War extended to involve conquering space.

While every media channelled their curiosities towards the efforts of the Soviet Union and Kennedy’s NASA, one man in Zambia was actively trying to make good of his oath to beat the rest of the world in the space race. His name was Edward Festus Mukuka Nkoloso. 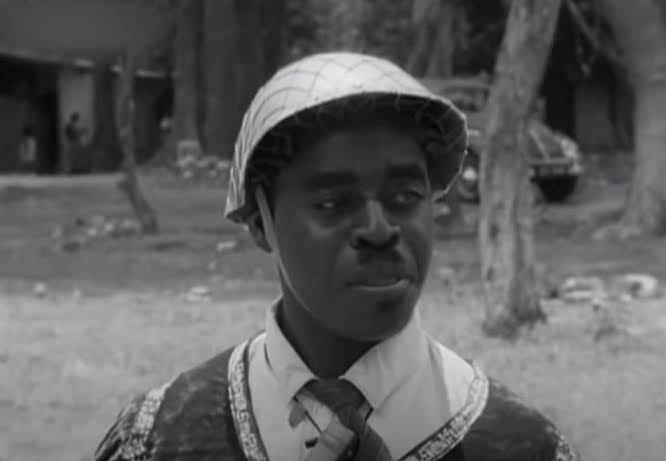 In 1962, when Kennedy made his famous man-on-the-moon announcement, Zambia was yet to become an independent nation from Britain. Before then, Nkoloso was drafted into the Northern Rhodesian Regiment forces to fight in a war he barely knew anything about save that he was fighting for the Queen. He survived, and when he returned to Zambia, he joined the domestic War of wresting his beloved country from the clutches of the British. He was arrested and imprisoned twice for this.

Meanwhile, in 1960, while Nkoloso waited for independence, he founded the Zambia National Academy of Science, Space Research and Philosophy. Alongside his politics, he functioned as the Director of the above organization, and one of his first projects was to launch a rocket that would send 17-year-old Matha Mwambwa and two cats to the moon. He was furiously determined not only to beat Russia and the US in the moon race, but also to follow up with a trip to Mars.

Interestingly, even the absence of funds to execute his dream wasn’t enough to dissuade Nkoloso. He embraced the resources available while he hoped for funding. Nkoloso converted an abandoned farmhouse 11 kilometers from Lusaka into a training facility for his astronauts. The afronauts, as he loved to call them, endured his strenuous training, which involved rolling them down a hill in a 200-litter oil drum. According to Nkoloso, this exercise would help his trainees experience firsthand the feeling of weightlessness in space travel and re-entry. 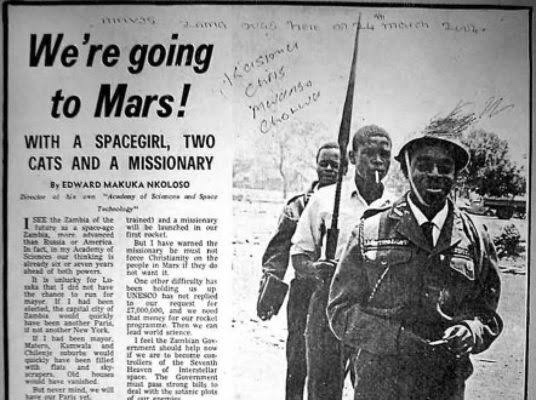 As expected, many people ridiculed and laughed at his efforts, and some were even sure that Nkoloso was mad. As evidenced in this interview, the reporter went ahead to say, “and so here, at an abandoned farmhouse not far from Lusaka, we have a youthful group of budding astronauts playing at entering Zambia for the world space race. However, to most Zambians, these people are just a bunch of crackpots. And from what I have seen today, I’m inclined to agree.”

Despite the ridicule, Nkoloso forged on, projecting that he would make it to the moon 6 or 7 years earlier than America or Russia. In the same interview, He boldly claimed, “I have known for long that Russian spies are operating in Zambia. Yes, and American spies are all over town, too. They want our space secrets.” He went on to request that the spies be rounded up and jailed without trial.

While anyone can argue that Nkoloso’s spy infestation claims were false, they could also be true. He may not have had the resources, but he had ideas that could have proved useful if funded.

In 1964, Zambia gained independence. Nkoloso named his rocket D-Kalu 1, after the first President, Kenneth David Kaunda, and he planned to launch it on Independence Day. However, the event organizers denied him permission without as much as a mention of his program. They thought his program was ridiculous, but no one bothered to ask, so what? Nkoloso’s dream was not more ridiculous than the Wright Brothers dreaming about the day man would fly.

However, in retrospect, it made some sense why Zambians laughed at Nkoloso. The First reason would be because he dared to dream when every Zambian only approached possibilities only through the lens of colonialism. The second reason would be that Nkoloso had neither government support nor the backing of any international bodies that could have funded his experiments. He was alone.

Kennedy made his announcement and ran to NASA for support. The Soviet Union was a formidable power in itself. And Nkoloso was standing alone, doing the much he could while his dreams escaped from the holes between his fingers like sand in an overturned hourglass.

The Rest Of The Story

In 1969, seven years after Kennedy’s announcement, the US won the space race by landing Neil Armstrong on the moon, to Nkoloso’s utter shock. While he celebrated the accomplishment, it discouraged him because he firmly believed he could have done it if the support had been available to him.

Soon after, many of his afronauts abandoned him. Interestingly, Nkoloso may have failed to send Matha Mwambwa to the moon or Mars to experience weightlessness, but she found another man who doubled her weight with pregnancy. Losing his lead afronaut was the straw that set the camel crashing down. Even for a man possessing a will as strong as his, Nkoloso knew it was one of those rare moments when quitting was the only way to move on.

Despite his failure, Nkoloso continued to promote science in his country. He died on 4th March 1989.