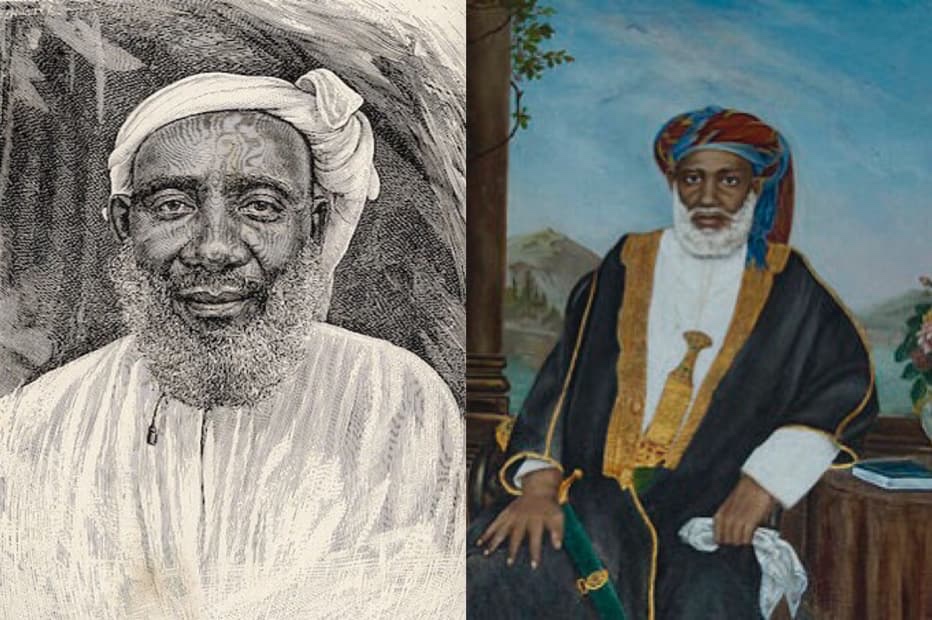 Tippu Tip, was the son of an Arab slave trader and an African mother who made a fortune in the mid-1800s, leading expeditions of up to 4,000 men from the coast into the interior, killing elephants for ivory and rounding up men, women and children to be sold at Zanzibar’s slave market. 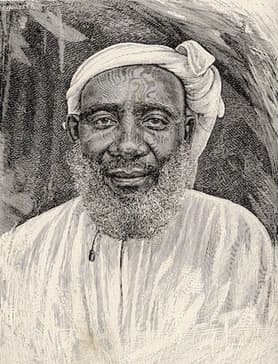 Based on descriptions of his age at different points in his life, it is believed that Tippu Tip was born around 1832 in Zanzibar. His mother, Bint Habib bin Bushir, was a Muscat Arab of the ruling class. His father and paternal grandfather were coastal Swahili who had taken part in the earliest trading expeditions to the interior. His paternal great-grandmother, wife of Rajab bin Mohammed bin Said el Murgebi was the daughter of Juma bin Mohammed el Nebhani, a member of a respected Muscat (Oman) family, and an African woman from the village of Mbwa Maji, a small village south of what would later become the German capital of Dar es Salaam.

Throughout his lifetime he was more commonly known as Tippu Tib, which translates to “the gatherer together of wealth”. According to him, he was given the nickname Tippu Tip after the “tiptip” sound that his guns gave off during expeditions in Chungu territory.

At a relatively young age, Tippu tip led a group of about 100 men into Central Africa from Zanzibar seeking slaves and ivory. After plundering several large swathes of land he returned to Zanzibar to consolidate his resources and then went on to build himself a vast trading empire and recruit for his forces after which he returned to mainland Africa to continue his conquest. 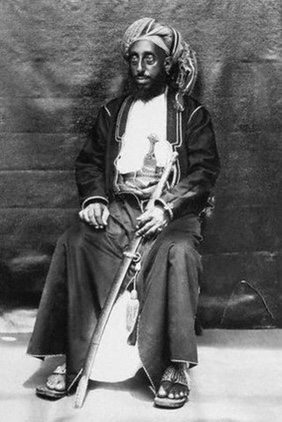 After the Berlin Conference, between 1884 and 1885 tip claimed the Eastern Congo for himself and for the Sultan of Zanzibar, Bargash bin Said el Busaidi. In spite of his position as protector of Zanzibar’s interests in Congo, he managed to maintain good relations with the Europeans.

Prof. Godfrey Muriuki, a historian at the University of Nairobi, Kenya, said Tippu Tip established his own kingdom in eastern Congo and became one of the most notorious among a number of black slave traders operating in East Africa.

When, in August 1886, fighting broke out between the Swahili and the representatives of King Leopold II of Belgium at Stanley Falls, Tip went to the Belgian consul at Zanzibar to assure him of his “good intentions”. Although he was still a force in Central African politics, he could see that power in the region was shifting.

In early 1887, Stanley who was in Congo, with the secret mission to organise what would become known as the Congo Free State arrived in Zanzibar and proposed that Tippu Tip be made governor of the Stanley Falls District in the Congo Free State. Both Leopold and Sultan Barghash bin Said agreed and on February 24, 1887, Hamed bin Mohammed el Murgebi accepted.

After his tenure as governor, Tippu Tip saw that the growing European influence in Africa was changing the trading dynamic on the continent. His influence in the Congo was also diminishing rapidly with the rise of Belgian colonization. After carefully considering his options, he returned to Zanzibar in 1880/91 where he used his amassed fortune to develop seven valuable clove plantations, and to manage his slaves, who now numbered close to 10,000.

After returning to Zanzibar, Tippu Tip retired. He set out to write an account of his life, which is the first example of the literary genre of autobiography in the Bantu Swahili language. Dr. Heinrich Brode, who knew him in Zanzibar, transcribed the manuscript into Roman script and translated it into German. It was subsequently translated into English and published in Britain in 1907.

Tippu Tip died June 13, 1905, of malaria in his three-story home in Stone Town, the main town on the island of Zanzibar.