Chief Amodu Tijani: This Yoruba Chief Took Britain to Court in 1921 for Stealing His Land and Won a Huge Compensation

Chief Amodu Tijani Oluwa, also known as simply Amodu Tijani, was a Nigerian traditional chief who cane to prominence in the high colonial period, when he took the British colonial government to court in 1921 for appropriating his land in Apapa. 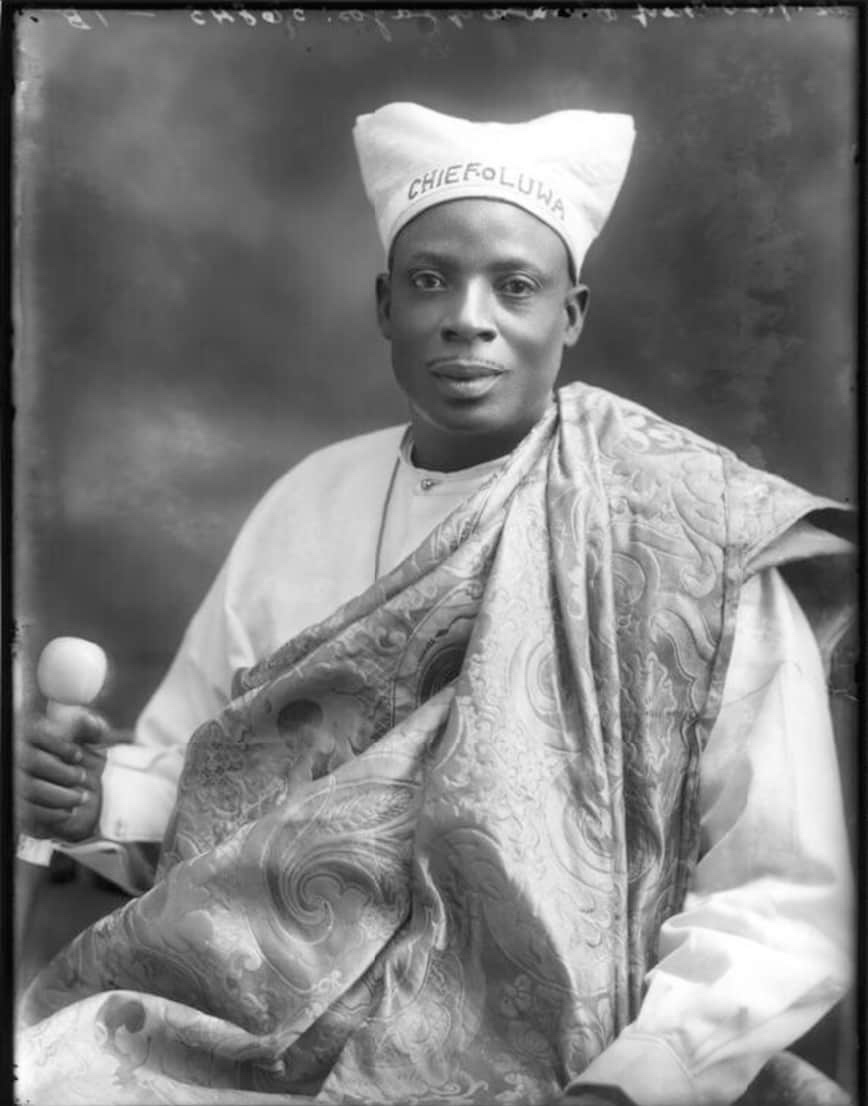 Prior to the british invading Lagos in 1851, all lands in Lagos were owned by the local chiefs and Obas on the community’s behalf to do with as they pleased’ but everything changed in 1861 when Dosunmu, referred to in British documents as Docemo, the then reigning Oba of Lagos signed a document that ceded Lagos to Britain.

Initially he resisted the terms of the treaty but under the threat to unleash violence on Lagos by Commander Bedingfield, Dosunmu relented and signed the Lagos Treaty of Cession, hence making Lagos a British colony. One of the major ‘clauses’ in the cession agreement was that major prime land locations in Lagos now belonged to the British Crown.

The text of the Lagos Treaty of Cession is transcribed below:

In order that the Queen of England [sic] may be the better enabled to assist, defend, and protect the inhabitants of Lagos, and to put an end to the Slave Trade in this and the neighboring counties, and to prevent the destructive wars so frequently undertaken by Dahomey and others for the capture of the slaves, I, Docemo, do, with the consent and advice of my Council, give, transfer, and by these presents grant and confirm unto the Queen of Great Britain, her heirs, and successors forever, the port and Island of Lagos with all the rights, profits, territories, and appurtenances whatsoever thereunto belonging, and as well the profits and revenue as the direct, full, and absolute dominion and sovereignty of the said port, island, and premises, with all royalties thereof, freely, fully and entirely and absolutely. I do also covenant and grant that the quiet and peaceable possession thereof shall with all possible speed, be freely and effectually delivered to the Queen of Great Britain, or such person as Her Majesty shall thereunto appoint for her use in the performance of this grant; the inhabitants of said island and territories, as the Queen’s subjects, and under her sovereignty, Crown, jurisdiction, and government, being still suffered to live there.

Docemo will be allowed the use of the title of King in its usual African signification, and will be permitted to decide disputes between natives of Lagos with their consent, subject to appeal to British laws.

In the transfer of lands, the stamp of Docemo affixed to the document will be proof that there are no other native claims upon it, and for this purpose he will be permitted to use it as hitherto. In consideration of the cession as before-mentioned of the port and island and territories of Lagos, the Representatives of the Queen of Great Britain do promise, subject to the approval of Her Majesty, that Docemo shall receive an annual pension from the Queen of Great Britain equal to the net revenue hitherto annually received by him; such pension to be paid at such periods and in such mode as may hereafter be determined

A member of Lagos’ Idejo hereditary nobility, Chief Oluwa was a direct descendant of Olofin Ogunfunmire, founder of the Awori tribe. His family had dominion over a patchwork of villages and towns in the Apapa area of Lagos.

He held strong nationalist views, arguing that the British colonial government had no authority to interfere with the Oba of Lagos rule. To this end, he served as a co-founder of the National Congress of British West Africa, one of the earliest formal organizations working toward African emancipation.

The land controversy arose in 1913, when the colonial government appropriated land in Apapa, in order to give it to European merchants. The land appropriated was occupied by the Oluwa family, under the leadership of Amodu Tijani Oluwa.

Amodu claimed the land belonged to him and his family and generations to come so he took the british Colonial government to court.

Tijani argued before the Nigerian court that he was owed compensation for the expropriation, because the land belonged to him personally. The colonial government argued that the lands acquired were part of the territory ceded in 1861 to the British Crown by King Docemo. Chief Amodu claim was unsuccessful.

In 1920, the chief, Prince Adeniji Adele and Herbert Macaulay journeyed to London to appear before the Privy Council. They were there to appeal in defense of the Oba’s right of ownership to the land forcefully appropriated by the British Government. After hearing both sides, the Privy Council, ultimately ruled in the favour of Chief Oluwa and ordered the British Colonial government to pay compensation for using the land.

According to sources, the Colonial government had to pay a compensation of £22,500,39 to the Oluwa family for acquiring the land for the development of the Apapa Port.

The case proved to be a landmark in Nigerian history as it recognised the chiefs as absolute owners of the land.

Songs and poems were later composed in Chief Oluwa’s honour as a result of his success. His case was later referenced in land tenure cases as far as India and New Zealand.