Umemulo: the Traditional Coming of Age Ceremony for Zulu Women

Umemulo is a traditional Zulu coming of age ceremony for Zulu women. This ritual is usually done for females at the age of 21. 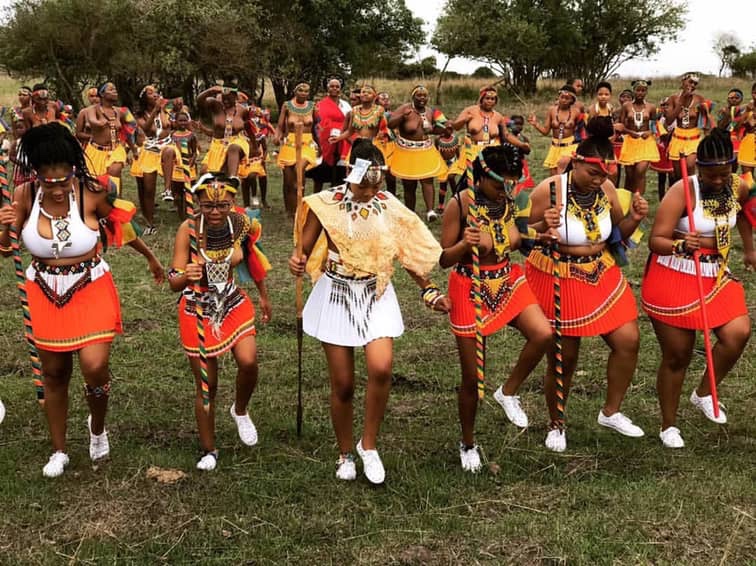 A Bantu ethnic group, the Zulu people are native to southeastern Africa, specifically the countries of South Africa. With a population of somewhere between 10 million and 12 million, they are the largest South African ethnic group and they are well known all over Africa for their traditional attires, beadworks and culture, one of which is the Umemulo.

Umemulo is a traditional coming of age ceremony for women in the KwaZulu-Natal province of South Africa. The planning for this ritual ceremony begins the moment a girl hits puberty, and ends with the ceremony once she turns 21.

A week before the celebration, the girl and her izimpelesi (accompanying maidens) are taken to a secluded hut where she’d be made to undergo a virginity test (virginity is highly valued, but not mandatory), they’d also spend their whole week learning how to be a woman and also practising their singing, moves and ukusina (a Zulu women’s dance performed during Umemulo) for the ceremony.

On the day of the ceremony, it is customary for the family of the celebrant to slaughter a cow or goat for the celebration. An isiphandla (animal skin wristband) is also fashioned from the skin of the animal for the girl to wear on her wrist as it is believed that the Isiphandla would link her to the ancestors for protection.

When the ceremony starts proper, with a spear or stick in their hands (the spear symbolizes strength and victory), the girl and her izimpelesi sings and dance to the traditional songs they practiced in seclusion while guests, friends and family members bring presents and spray money on the celebrant. 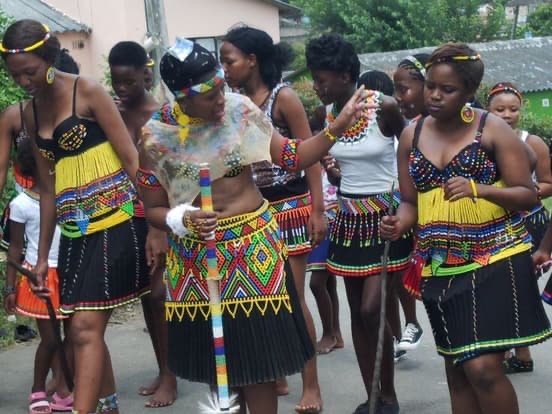 Umemulo ceremonies mark the transition into women for young Zulu women signifying that she is now ready for marriage.

In the olden days, umemulo was the perfect opportunity for a young man with cows to propose marriage to the maiden being celebrated. 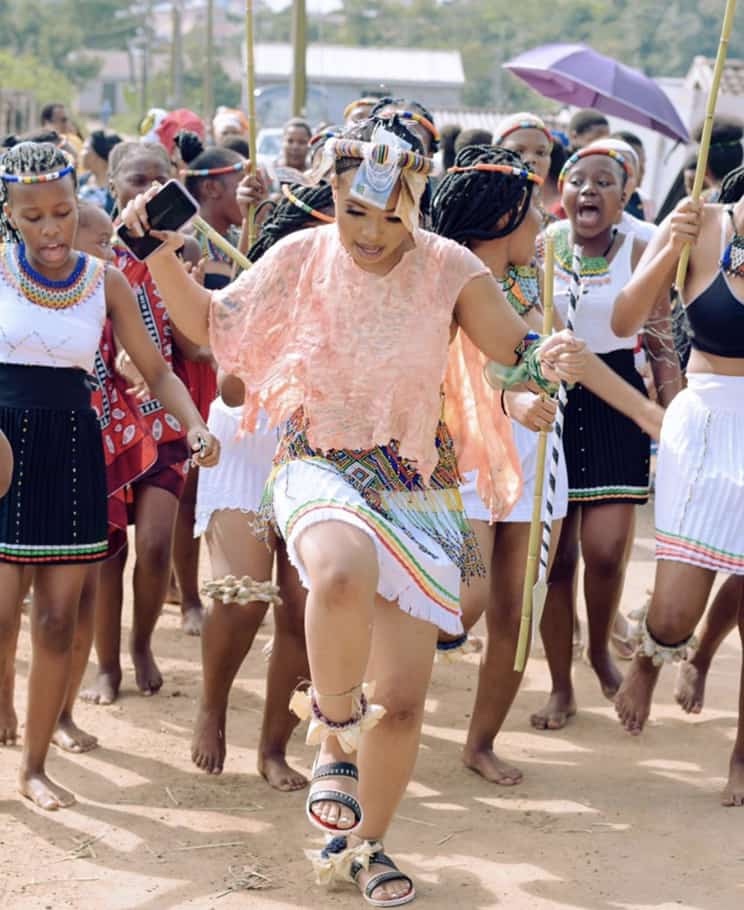 Previous article
Ayuba Suleiman: on His Way to Sell His Slaves, This African Royal Was Abducted and Sold Into Slavery in 1730
Next article
Egypt, Botswana Tops Africa in UN’s Global Knowledge Index, 2021