From World’s Youngest President to World’s Poorest Past President: the Unusual Case of Valentine Strasser

Valentine Strasser is a former President of Sierra Leone who is known for being the world’s youngest head of state at the age of 25. He came to power in a military coup in 1992 and served as President until 1996. However, after leaving office, Strasser’s fortunes took a turn for the worse and he is now considered to be one of the world’s poorest past presidents. This is an unusual case as many former heads of state are able to maintain significant wealth and power after leaving office.

From World’s Youngest President to World’s Poorest Past President: the Unusual Case of Valentine Strasser 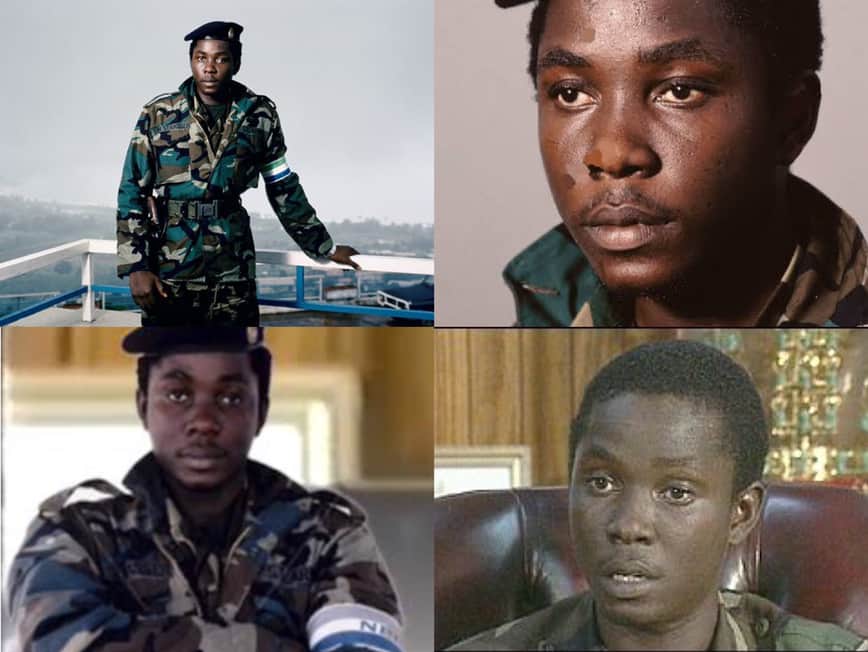 Strasser was born was born on 26 April 1967 in Freetown, the capital of Sierra Leone and was raised in the neighbourhood of Allen Town, a small city the east end of Sierra Leone’s capital Freetown and never for one day dreamt of becoming the world’s youngest head of state. 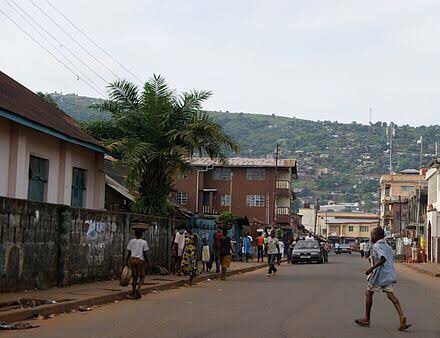 Strasser completed his secondary education at the Sierra Leone Grammar School in Freetown and graduated in 1985. Not long after graduating from high school, Strasser enlisted in the Republic of Sierra Leone Military Forces (RSLMF) at age eighteen during the government of notorious Updated: Top 10 Oldest African Presidents Siaka Stevens.

Not long after Strasser enlisted into the army, President Stevens retired from office at the end of his term on 28 November 1985 and handed the nation’s preeminent position to Major General Joseph Momoh, a notoriously inept leader who maintained the status quo.

At the young age of nineteen, Strasser was commissioned into the Sierra Leone army after his military training at the Benguema Military Training Academy in Benguema, a town located just outside Freetown.

After his commissioning, the young ambitious Strasser had then been posted to the eastern district of Kailahun to fight alongside other brave soldiers in the war against the Revolutionary United Front (RUF) that was led by a former army corporal Foday Sankoh who was fighting against the legitimate government of President Momoh.

The weapons given to Strasser’s battalion front were no match for those the rebels wielded. The soldiers had guns from the Second World War and often times the guns couldn’t fire at crucial moments while the weapons used by the rebels were the most sophisticated at the time that fired at the touch of a finger.

Diamonds helped to arm the RUF rebels who used funds harvested from the alluvial diamond mines to purchase weapons and ammunition from neighboring Guinea, Liberia, and even SLA soldiers. 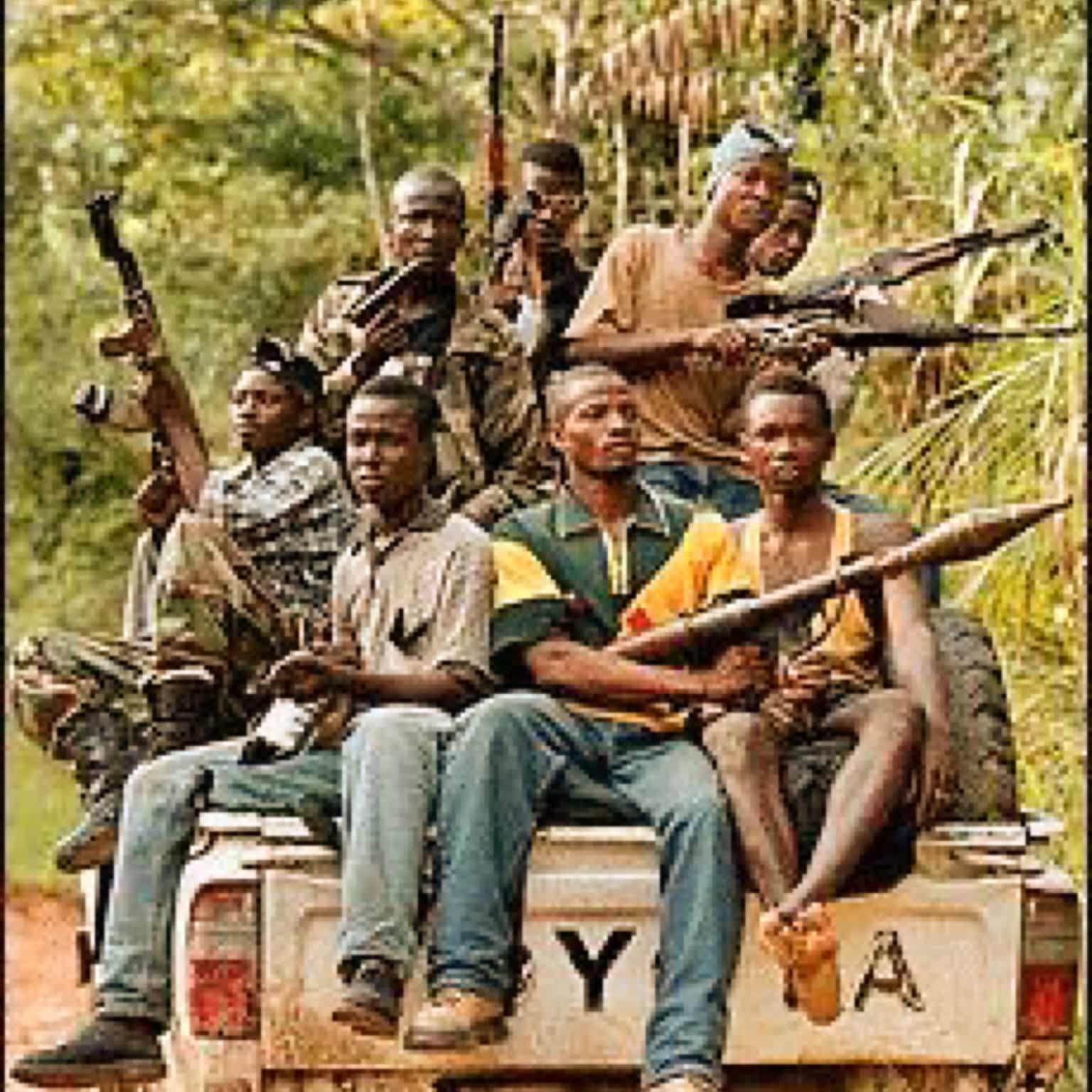 As the fighting against the RUF rebels heated up, Strasser and his colleagues ran out of supplies such as boots and other necessary military equipment.

Their numerous appeals to the Sierra Leonean government to send supplies to help fortify Strasser and his fellow soldiers in the war against the RUF fell on deaf ears. The soldiers also never received their salaries on time. In time they started feeling like they were set up to be slaughtered.

After many appeals, some young soldiers led by Strasser (who was partially disabled from a bullet wound in the leg) came to an unanimous decision to unseat the president from the state house.

On April 29, 1992, three days after his 25th birthday, and two days after the country had just celebrated its independence day, Strasser and a team of young soldiers like himself drove to the state house in a vehicle they had commandeered from a senior officer the previous day on 28th.

On getting to Freetown, Strasser and his colleagues easily occupied the State House, on sighting the soldiers, president Momoh fled the state house to an unknown location, from there he went into exile in Conakry, Guinea where he was granted political asylum by President Lansana Conté.

After the successful coup, Strasser and his men seized power, and established a military junta called the National Provisional Ruling Council (NPRC) and made Strasser its leader and Head of State, making him the youngest president in not just Africa, but the entire world. 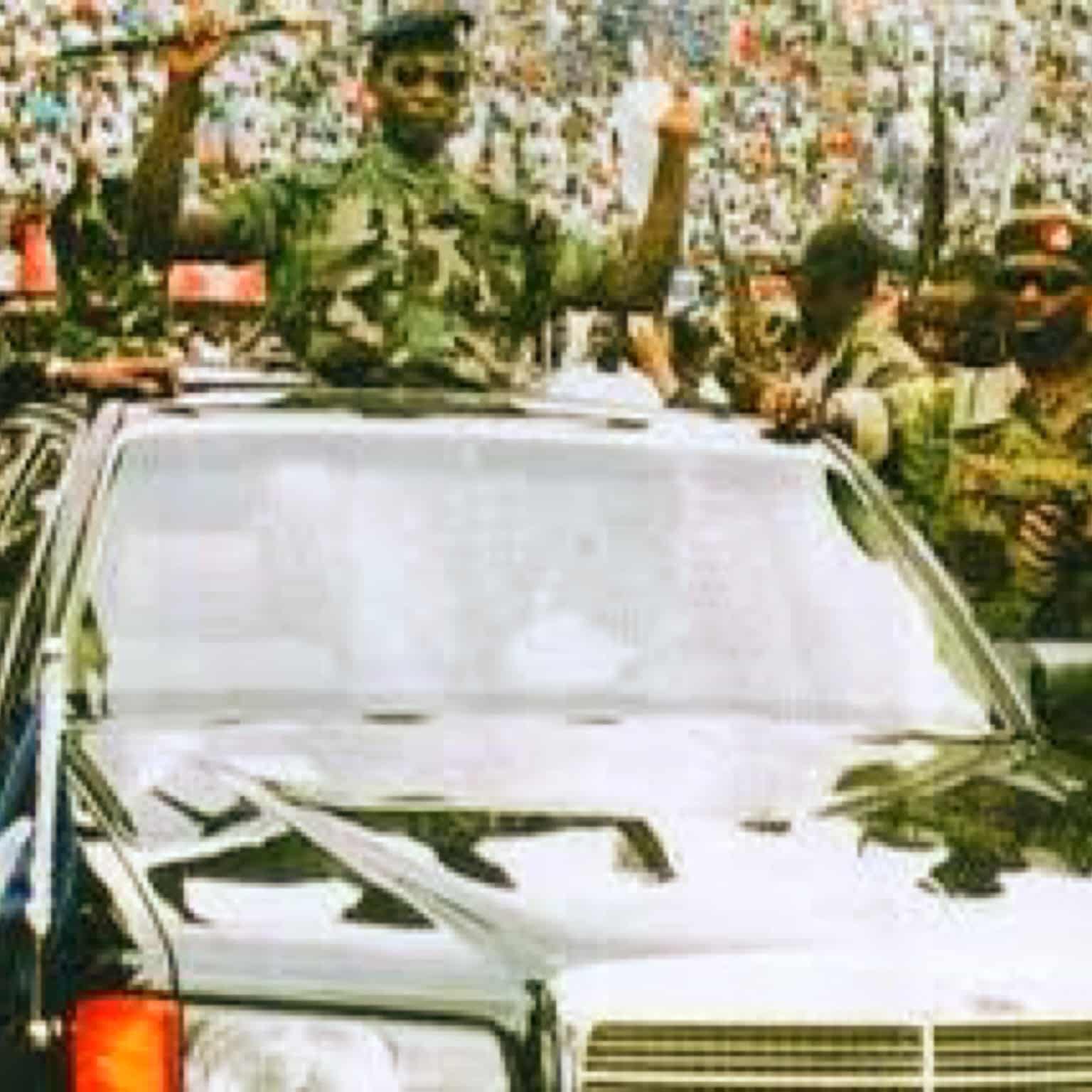 Valentine Strasser coup was greeted with thundering support throughout the country

The April 29 coup by Valentine Strasser was greeted with thundering support throughout the country and even the international community sent him their best wishes. The country that was almost on the brink of collapse had been saved by a 25 year old.

The first few months of Strasser reign was full of positive results though all was not well.

On 29 December 1992, Strasser’s party the NPRC, barely seven months in power, announced that it had foiled an attempted coup to oust Valentine Strasser. They announced that “a group of officers and civilians had attacked the presidential residence at Kabassa Lodge” in Freetown.

The alleged coup plotters consisted of a palm wine tapper, a pregnant woman, about half a dozen newly-recruited police trainees; several people who had been in detention at Pademba Road prison at the time of the alleged plot; and a herbalist who had been allegedly consulted by the alleged plotters.

The next day, it was announced that the coup plotters, numbering 29, had been executed after a trial by a military court. 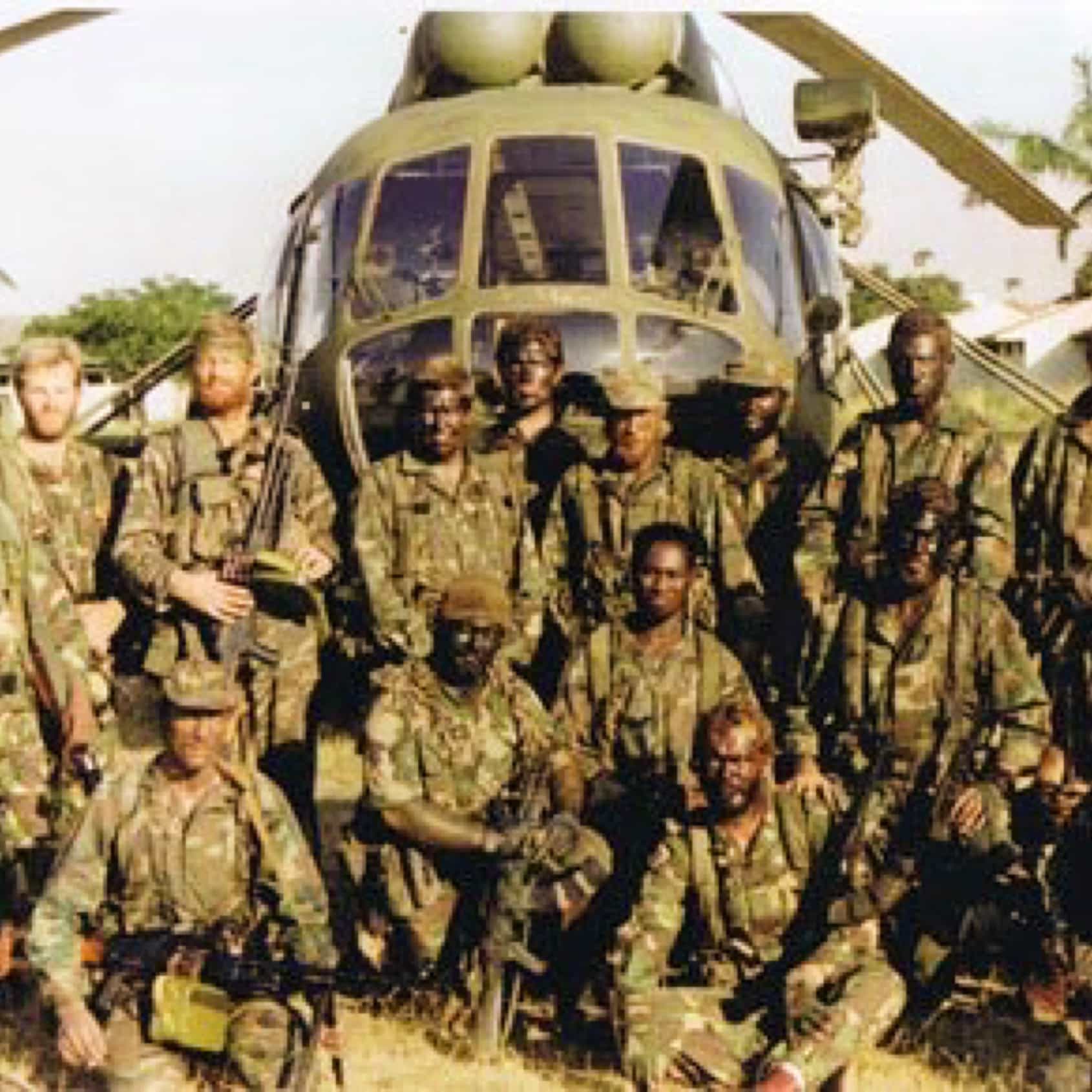 The loathing that the killings caused for the NPRC became very infectious. Things began to fall apart for the newly created junta.

Towards the end of the second year, rumors of embezzlement, diamonds sold behind closed doors, corruption and upsurge in rebel activities, started hitting front page headlines.

The media exposing the secrets of Strasser and his party was the straw that eventually broke the camels back. In order to keep the media in check, Strasser’s government opened the doors of the Criminal Investigation Department (CID) and the Prisons to journalists and critics of the regime.

The press was muzzled with journalists being housed behind bars.

As the years progressed, the people started seeing the government of Strasser for who they really were.

The country also grew weaker with every passing day and the command structure was fading conspicuously. The rebel war had expanded into certain areas that were never attacked even under the grossly incompetent Momoh administration. Strasser, the world’s youngest president had failed.

Strasser’s time on the Golden stool ended in exactly 3 years, 8 months and 15 days after he was overthrown by his deputy, Brigadier General Julius Maada Bio who wasn’t satisfied with the way he was handling the country.

Following his overthrow, the UN, got Strasser out of Sierra Leone, and arranged for him to study at Warwick University in the United Kingdom, but after just 18 months Strasser dropped out when funding for his education was discontinued by the UN. Apparently the UN succumbed to pressure from lobbyists who blamed the Strasser regime for numerous extra-judicial killings.

The former world’s youngest president was left jobless and homeless so he relocated to London where he lived a nomadic life moving from one place to another while waiting for his application for asylum to be approved. it wasn’t.

Two years later, the former world’s youngest head of state fled to Gambia after his location and past deeds was made public by British newspapers, prompting people to start treating him with disdain.

According to reports, At times, Strasser was physically assaulted on the streets of UK.

And to make a bad situation even worse for Strasser, his once loyal wife left him.

On getting to Gambia he was detained and deported back to Britain, where he was denied entry. He then returned to Sierra Leone, a defeated man, where he lived in poverty with his mum on a small pension in Grafton, a coastal town close to the peninsula, east of Freetown. 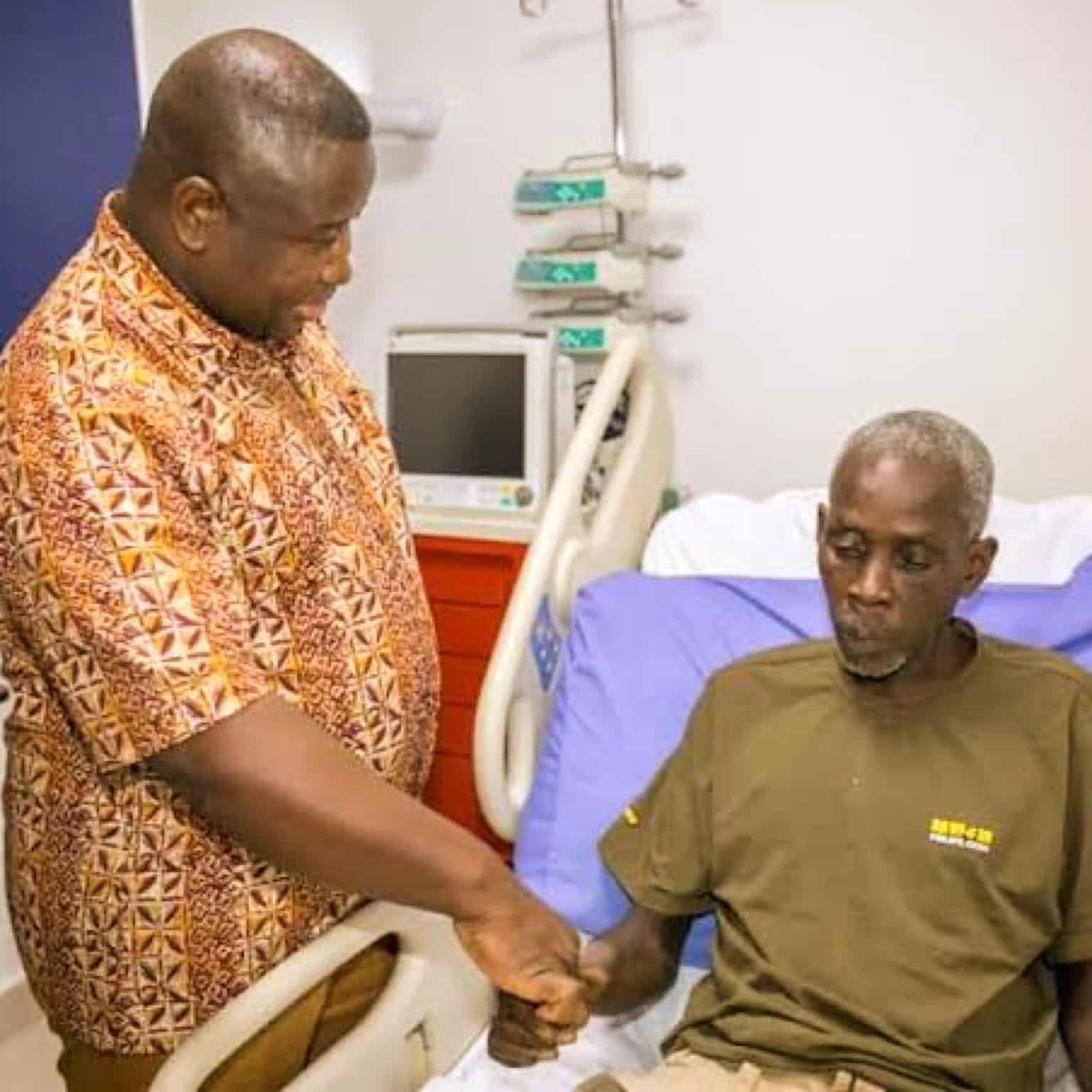 Strasser is unlike other Updated: Top 10 Oldest African Presidents who retire to expensive villas in resort cities.

Speaking on Valentine Strasser’s poverty in 2012, Mr Ibrahim Kargbo, Sierra Leone’s then minister of Information said Mr Stasser could not be rich because of his personal honesty.

“Once in power, he could have promoted himself and awarded himself a senior military rank, just as his colleagues like Julius Maada Bio did,” he said.

This way, he could have ensured that his pension tripled when he retired.

“Bio was his junior at that time, but he later awarded himself the rank of Brigadier,” the minister went on to say.

Others, however, are of the opinion that he could have been even more richer had he ‘fallen in love with diamonds’.

In January 2019, Strasser fell gravely ill and was flown to Ghana for Medical treatment. In the course of his treatment his left leg was amputated but he was stabilized and remained in the country for more than a year before he returned home to a brand new house courtesy of President Julius Maada Bio.

The rise and fall of Valentine Strasser is one more testament to the truth that the road to hell is paved with good intentions. Just like the abused, it is common for the oppressed to become the oppressor. This reality is even more likely when the oppressed, like Strasser, took power on their own terms. Power corrupts, especially when it is absolutely taken by force, and absolute power corrupts absolutely.

The story of Valentine Strasser runs parallel with that of Willie Stark in _All The Kings Men,_ a novel inspired by Huey Long, the 40th governor of Louisiana. Like Stark, Strasser was celebrated for starting on the right foot, but he lost his innocence along the way, and soon his government became like the one he fought.

Like all young people who thought they possessed power, Strasser realised too late that sometimes, it is the power that possesses the man. In Africa, it has always been a political debate if age matters in leadership and some people might argue that Strasser failed because he was too young for the office he occupied. However, it is difficult to deny that Strasser started on the right foot, before he lost it politically and literally. 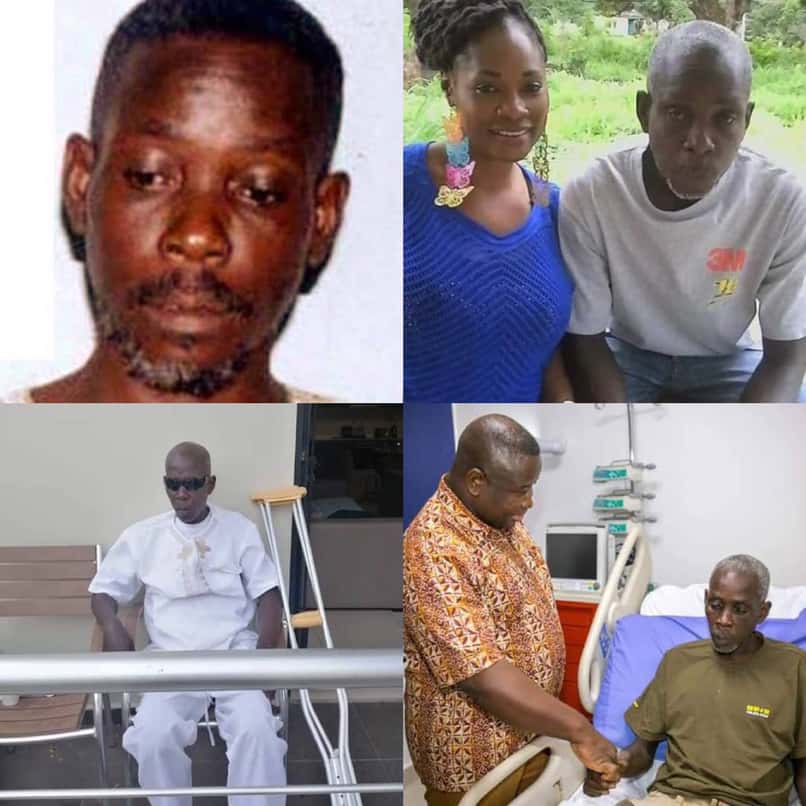 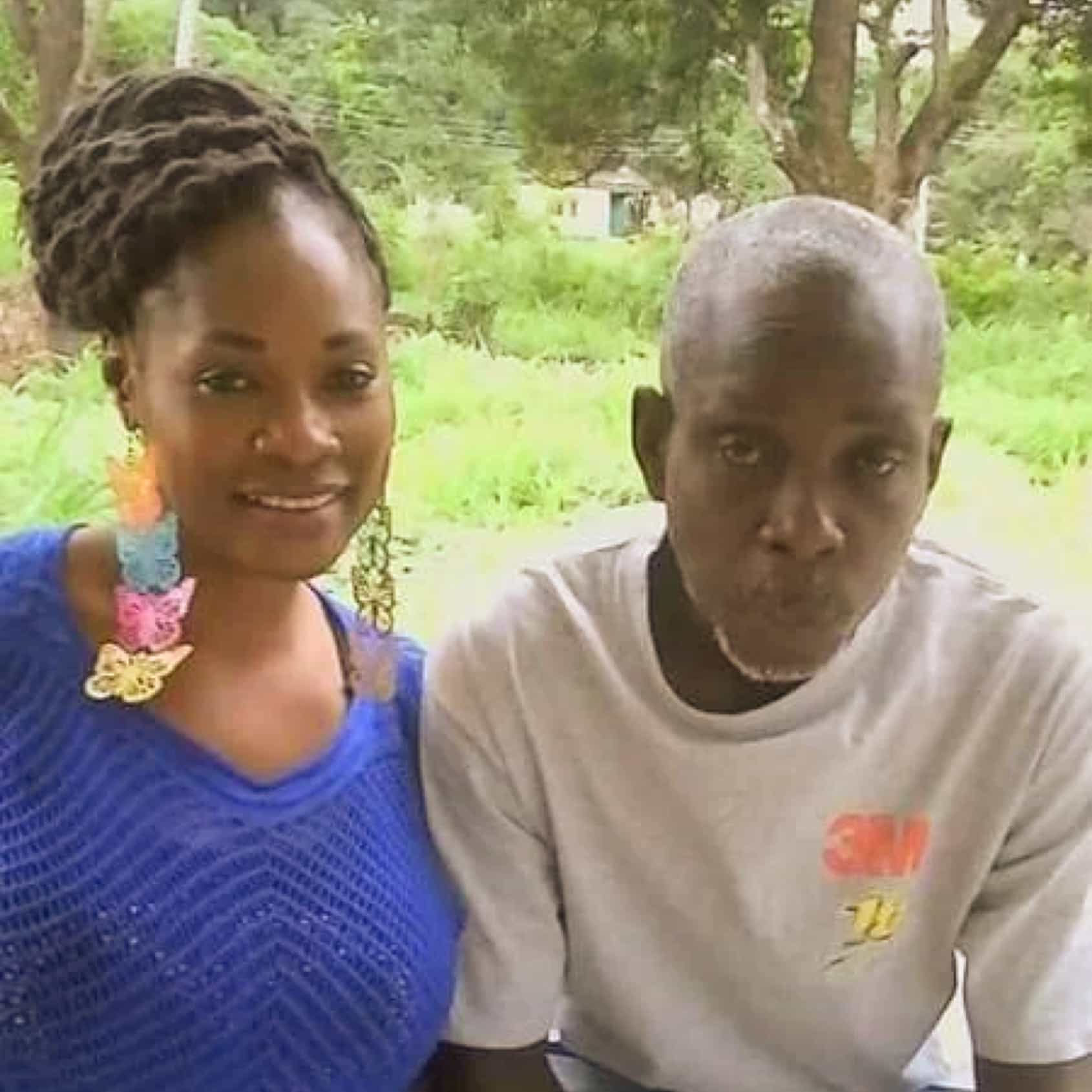 Valentine Strasser and his ex wife 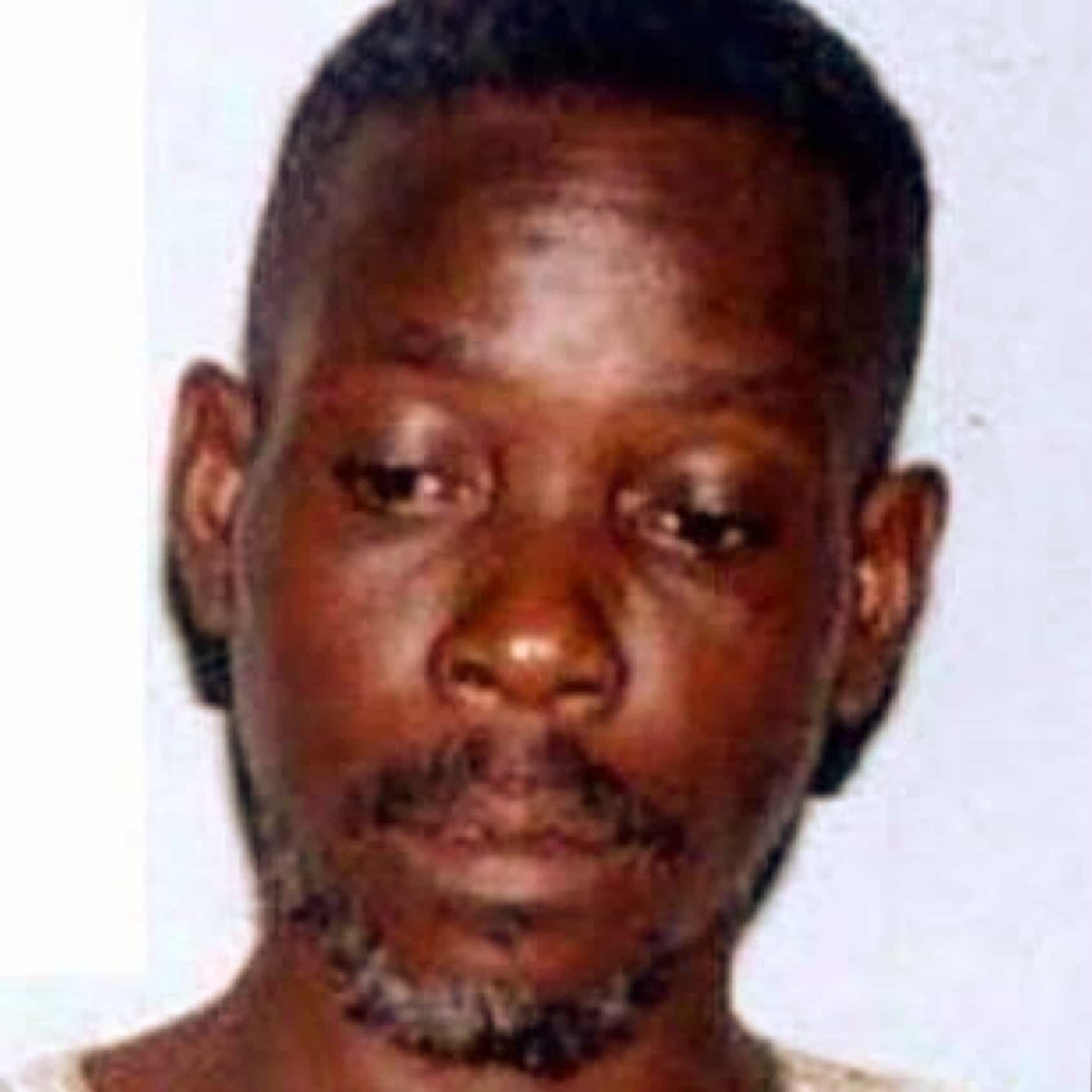 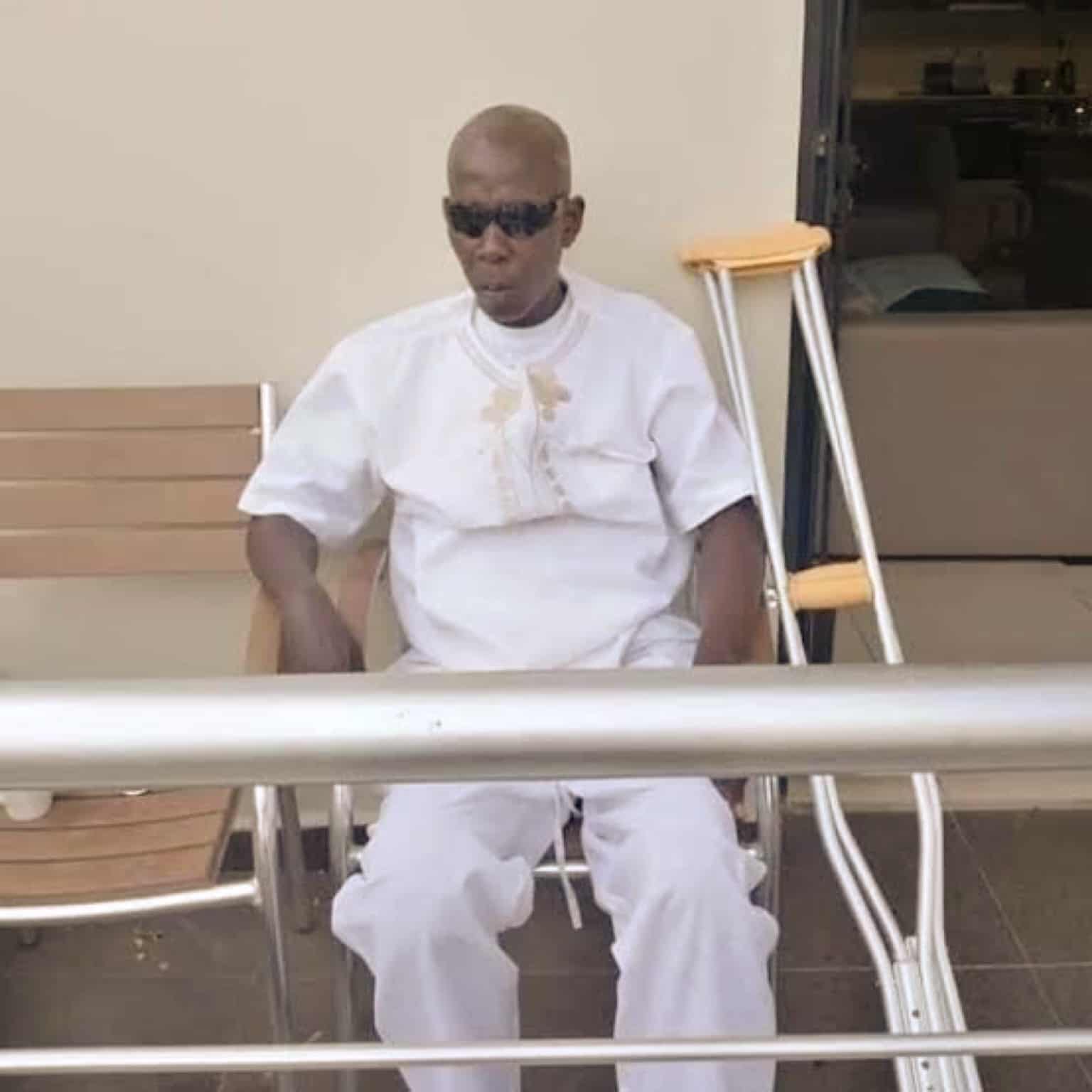 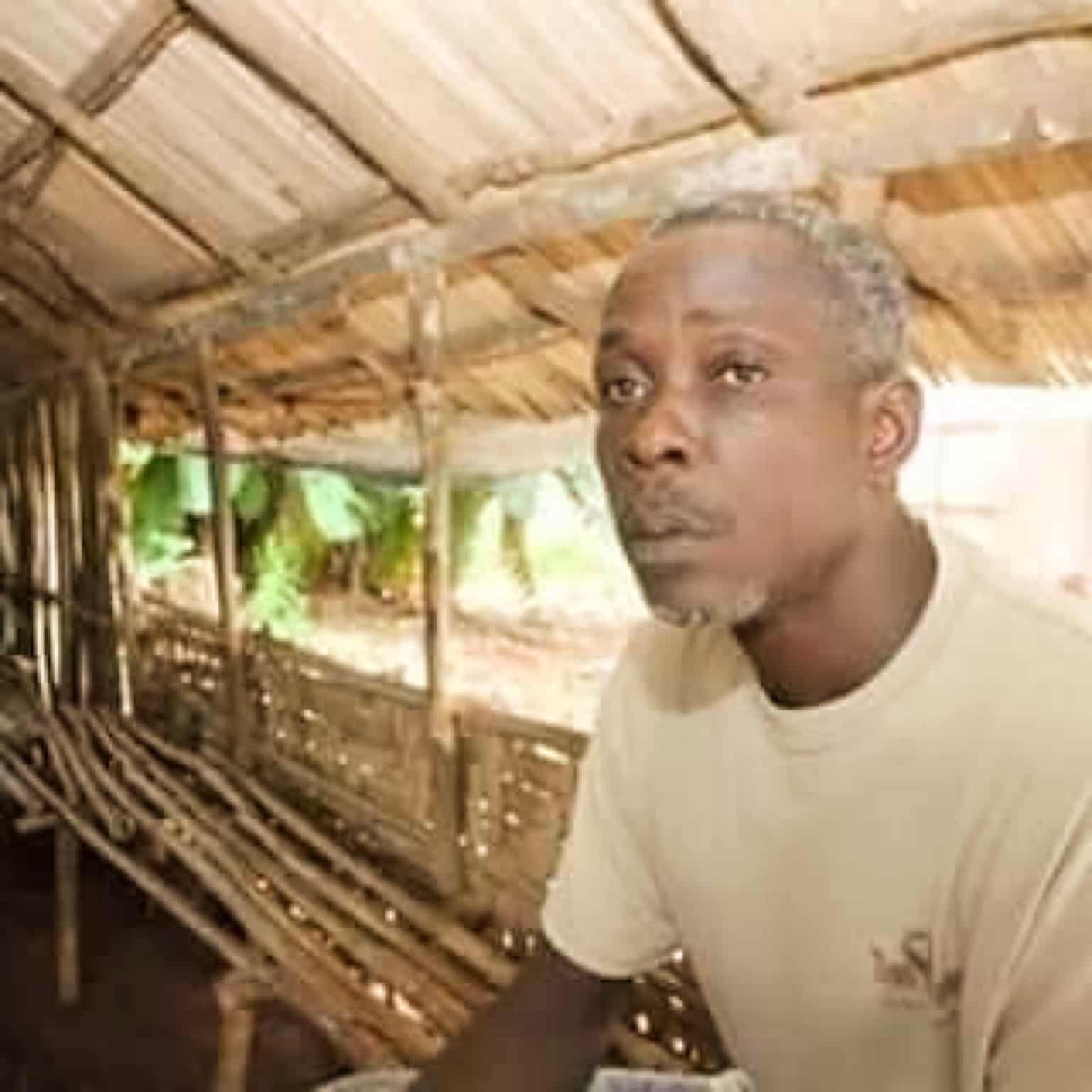 Previous article
These Are the Best Universities in Nigeria in 2021
Next article
Ogbidi Okojie, the Nigerian King Who Was Exiled in 1901 for Opposing British Rule