Whoever said the youths are the leaders of tomorrow obviously haven’t been to Africa. Here are the top 10 oldest African presidents. 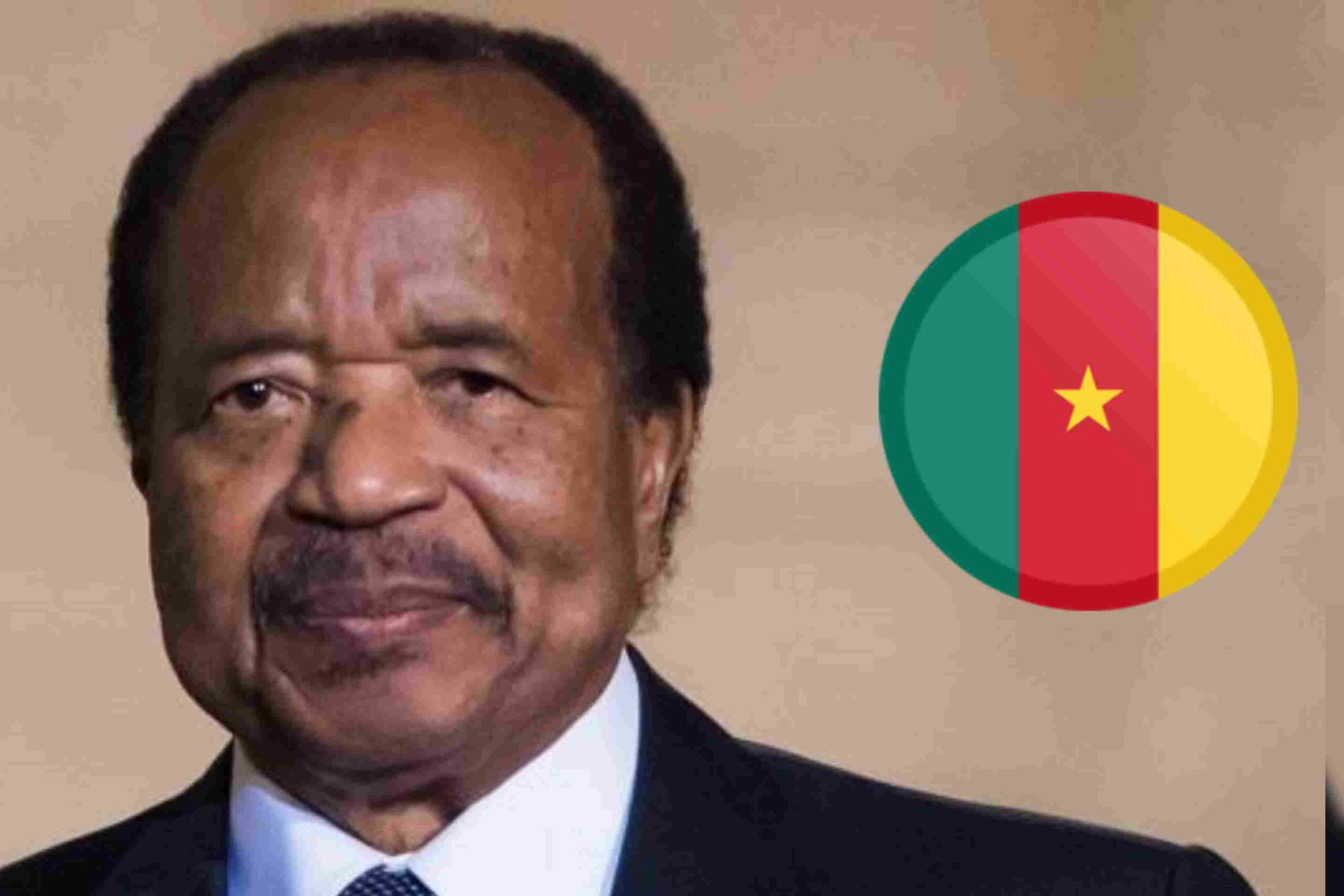 Paul Biya has been the President of Cameroon since November 1982. At the age of 89 and still in power, Paul Biya is the oldest president in Africa. He is also the second-longest ruling president in Africa (after Teodoro Obiang of Equatorial Guinea), and the longest-ruling non-royal leader in the world.

Read Also: Meet The Most Educated Presidents in Africa 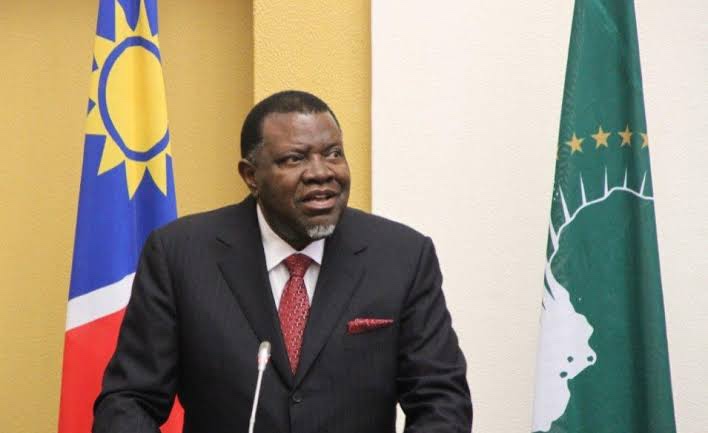 Hage Gottfried Geingob is currently serving as the third president of Namibia since 21 March 2015. Geingob was the first Prime Minister of Namibia from 1990 to 2002, and served as prime minister again from 2012 to 2015. 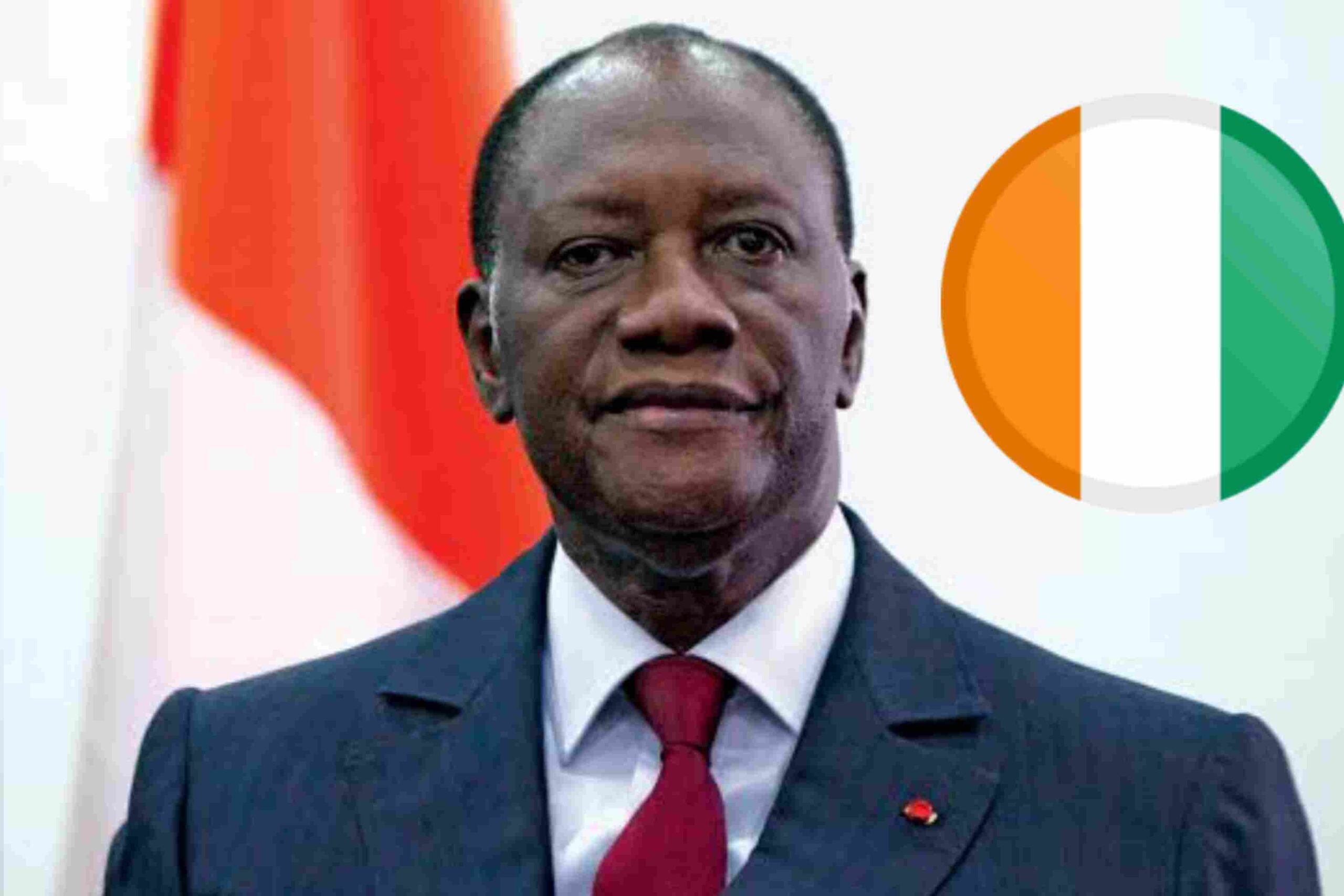 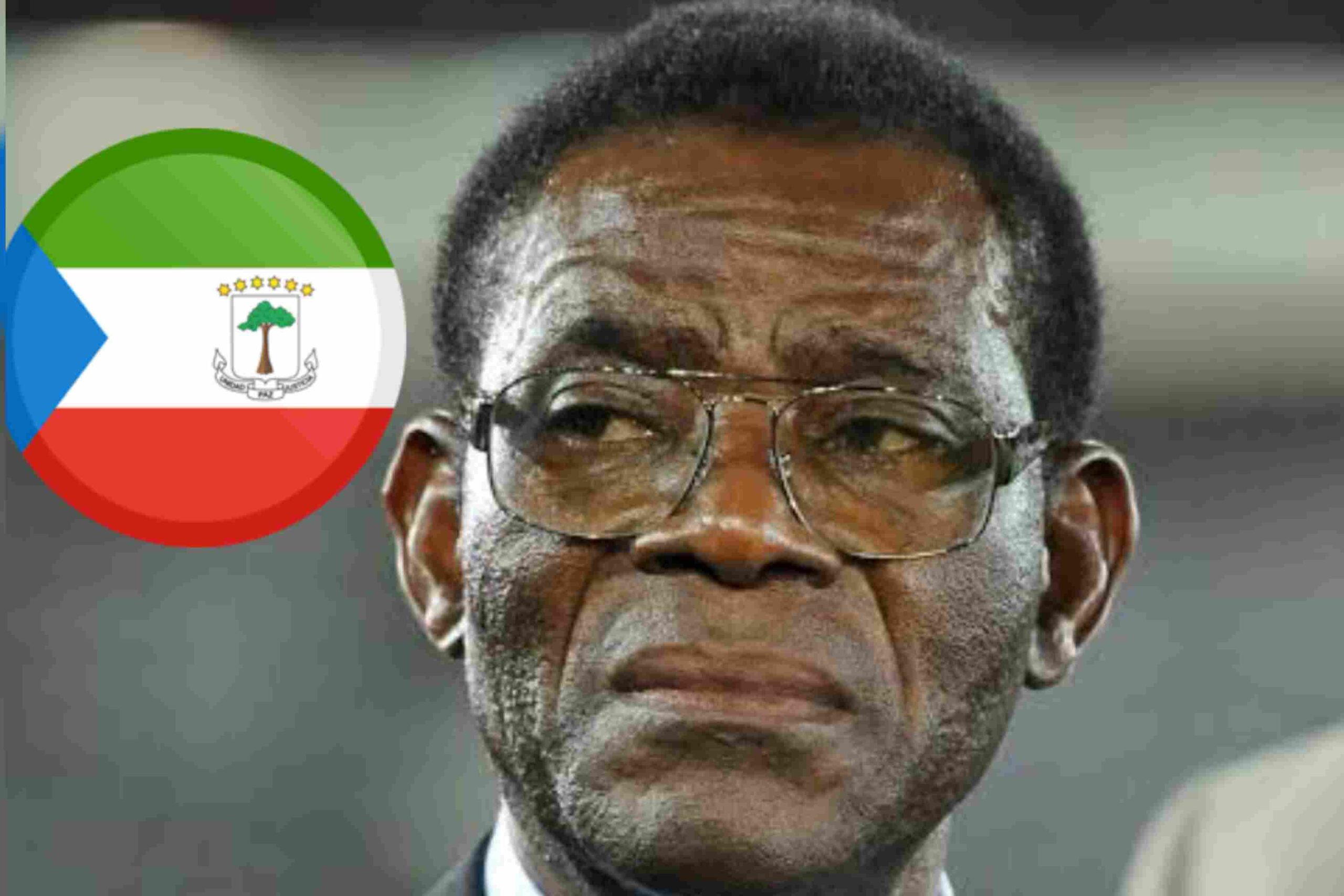 Teodoro Nguema has been President of Equatorial Guinea since 1979. He ousted his uncle, Francisco Macías Nguema, in an August 1979 military coup. 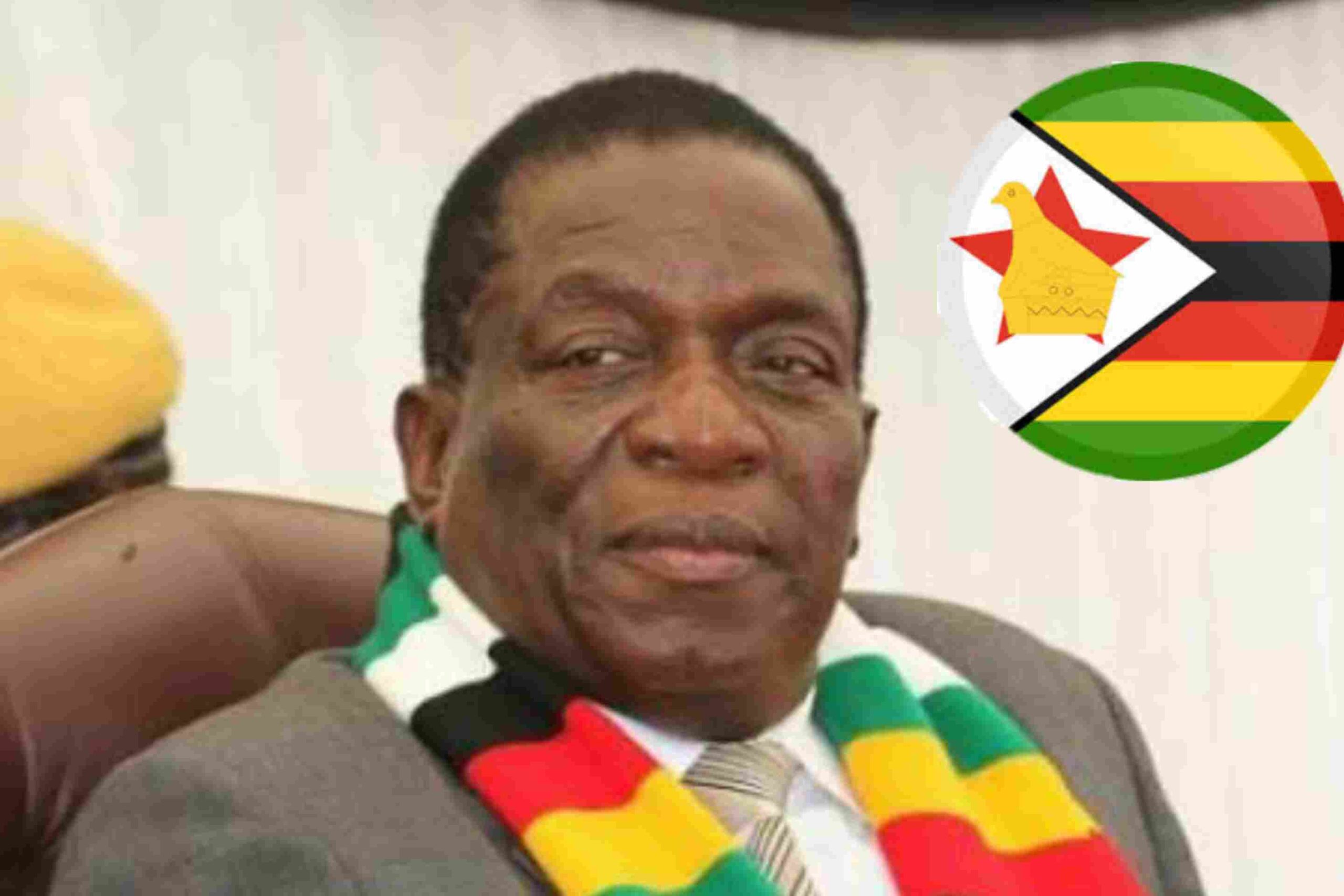 Emmerson Mnangagwa is serving as the third and current President of Zimbabwe since November 2017.

A longtime ally of his predecessor Robert Mugabe and a senior member of the ruling ZANU–PF party, Mnangagwa served as First Vice President of Zimbabwe from 2014 until his dismissal in early-November 2017, which prompted a coup d’état that ousted Mugabe On 21 November 2017, (a removal recognised in a statement by the
African Union, not as a “coup”, but as a legitimate expression of the will of the Zimbabwean people). 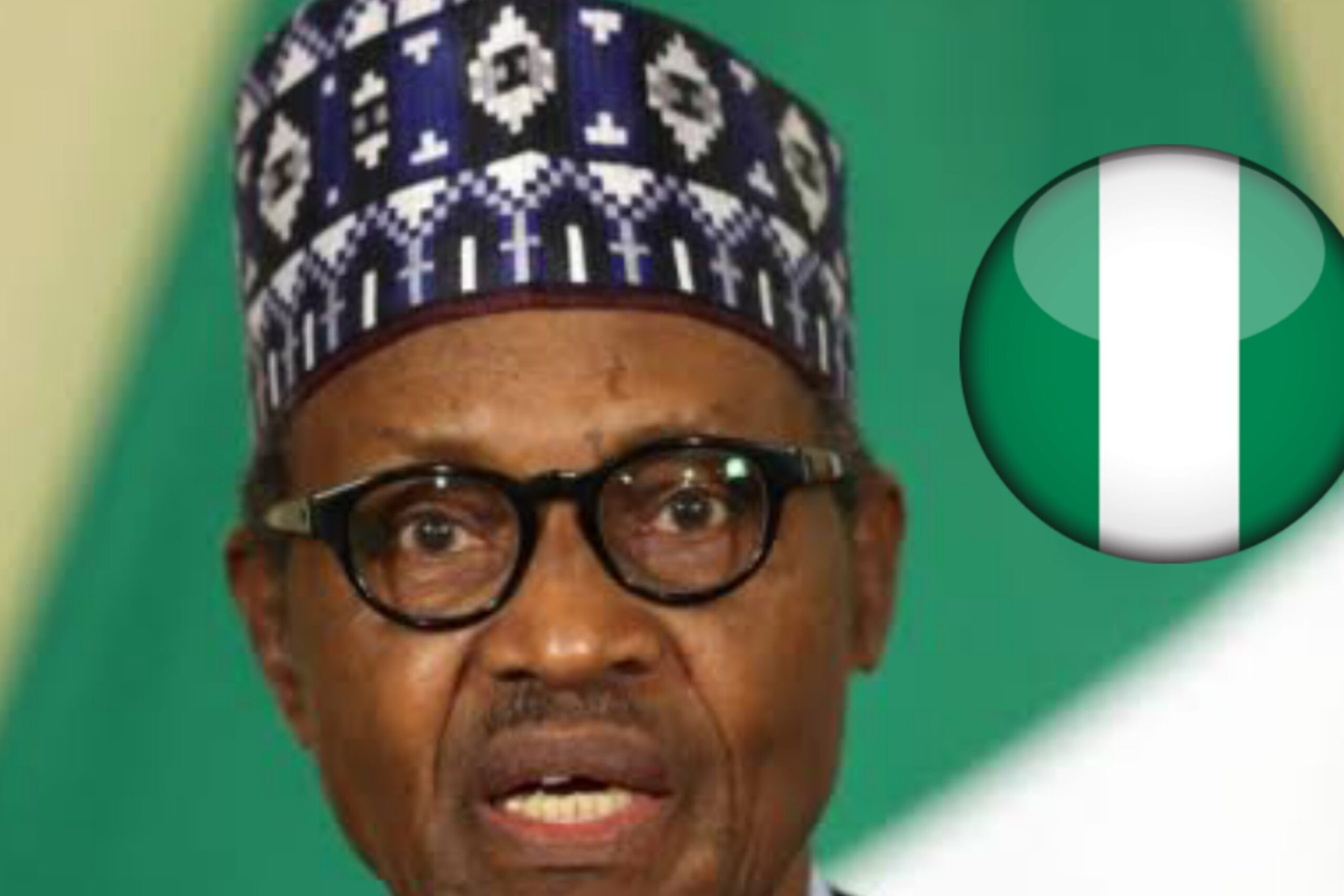 Nigeria’s Buhari came into democratic power in 2015. He had been unsuccessful in earlier bids for the presidency in the 2003, 2007 and 2011 general elections. The President previously served as the nation’s head of state from 31 December 1983 to 27 August 1985, after he took power in a military coup d’état.

Buhari is also one of the longest serving Nigerian president. 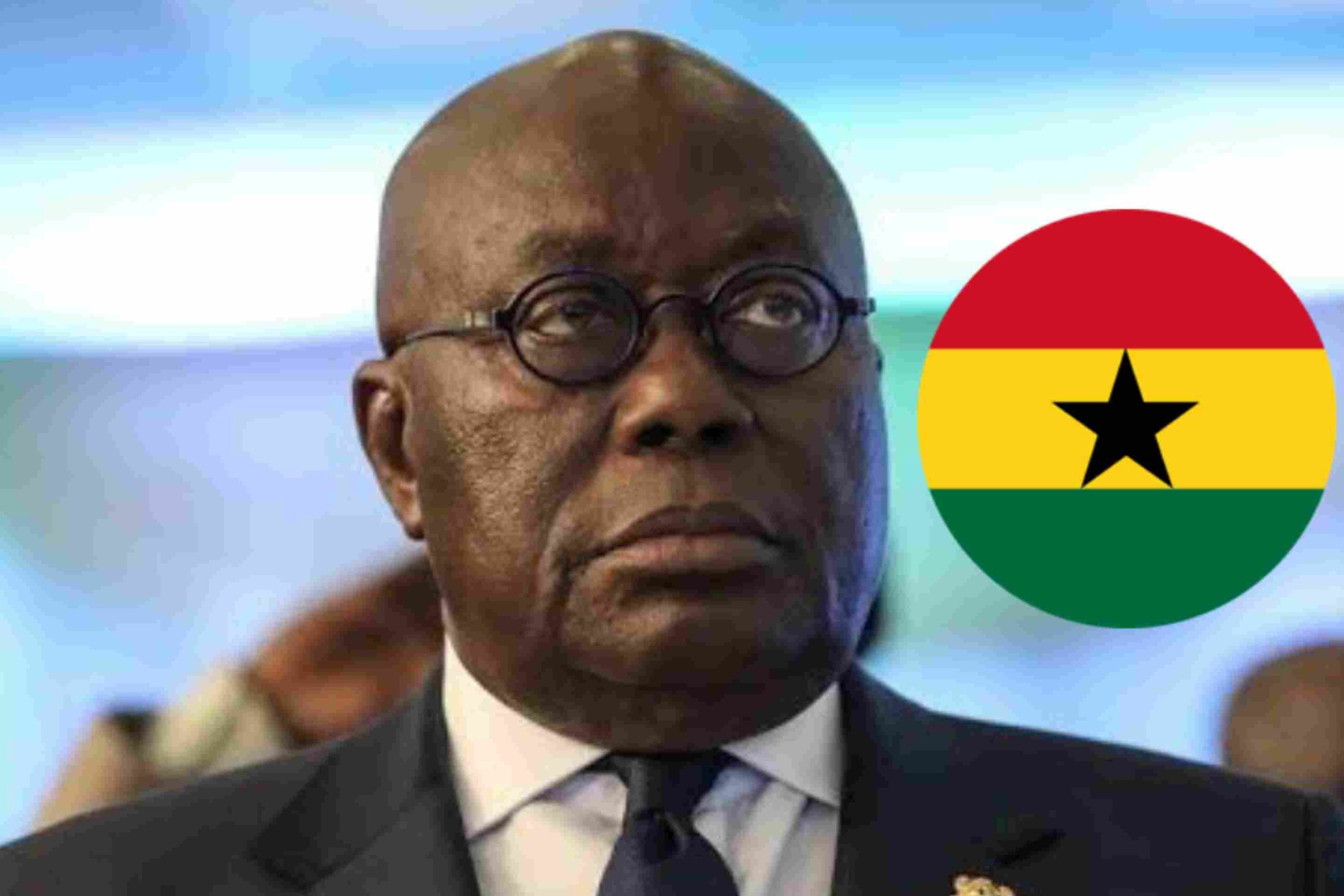 Nana Akufo-Addo became the president of Ghana in 2017 after he defeated John Dramani Mahama in the first round (winning with 53.85% of the votes), which marked the first time in a Ghanaian presidential election that an opposition candidate won a majority outright in the first round. Nana was again re-elected in the 2020 general elections (winning with 51.59% of the vote) defeating John Dramani Mahama. 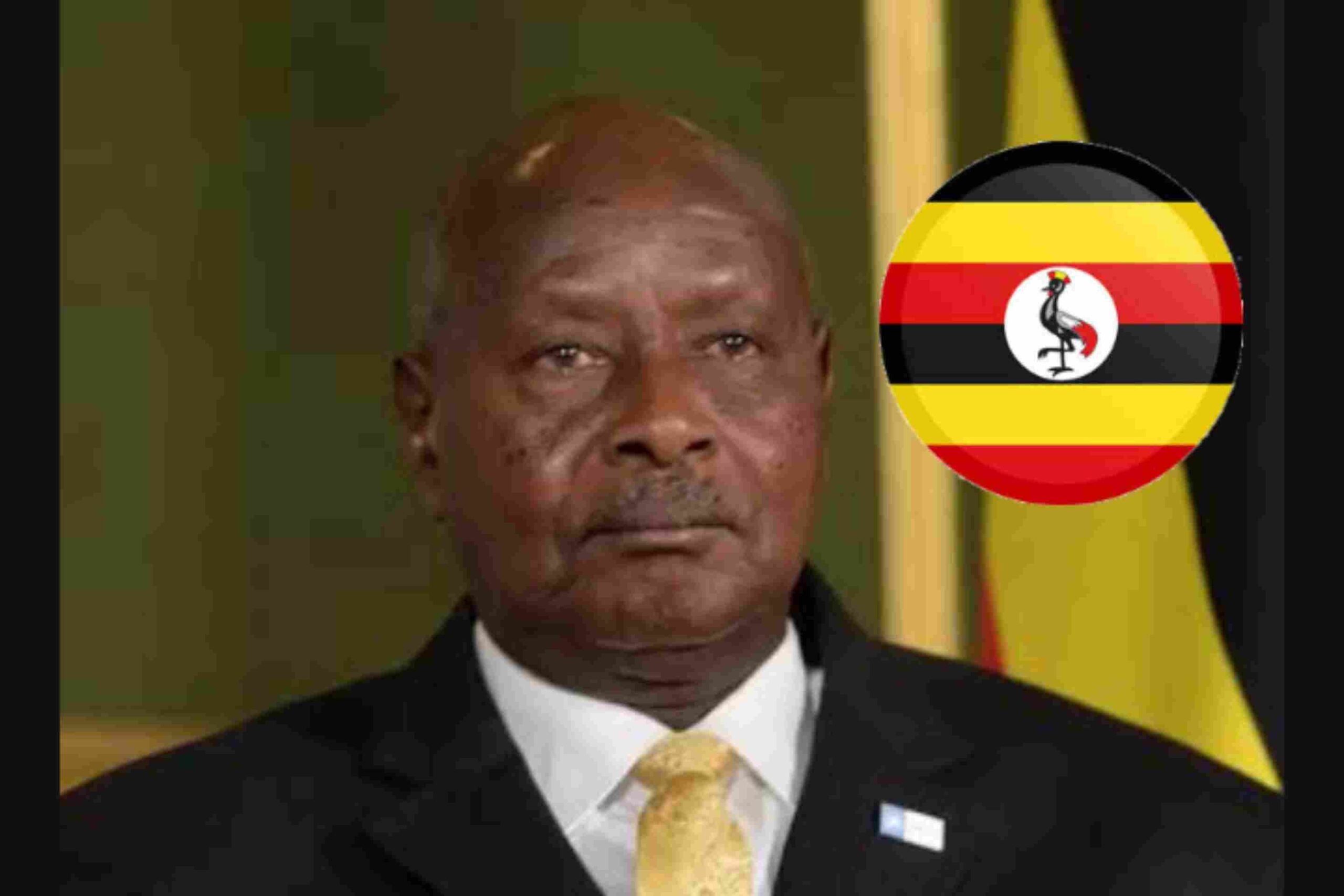 Yoweri Museveni is an Ugandan politician and the ninth and incumbent President of Uganda. Museveni was involved in rebellions that toppled Ugandan leaders Idi Ami and Milton Obote. He was therefore seen by Ugandans as a hero and celebrated by the West as part of a new generation of African leaders. But the 73-year-old has since played fast and loose with the rules, scrapping Presidential term limits in 2005 to enable the extension of his rule. On 16 January 2021, the electoral commission of Uganda announced that Museveni won re-election for a sixth term with 58.6% of the vote in an election that was marred with electoral fraud. 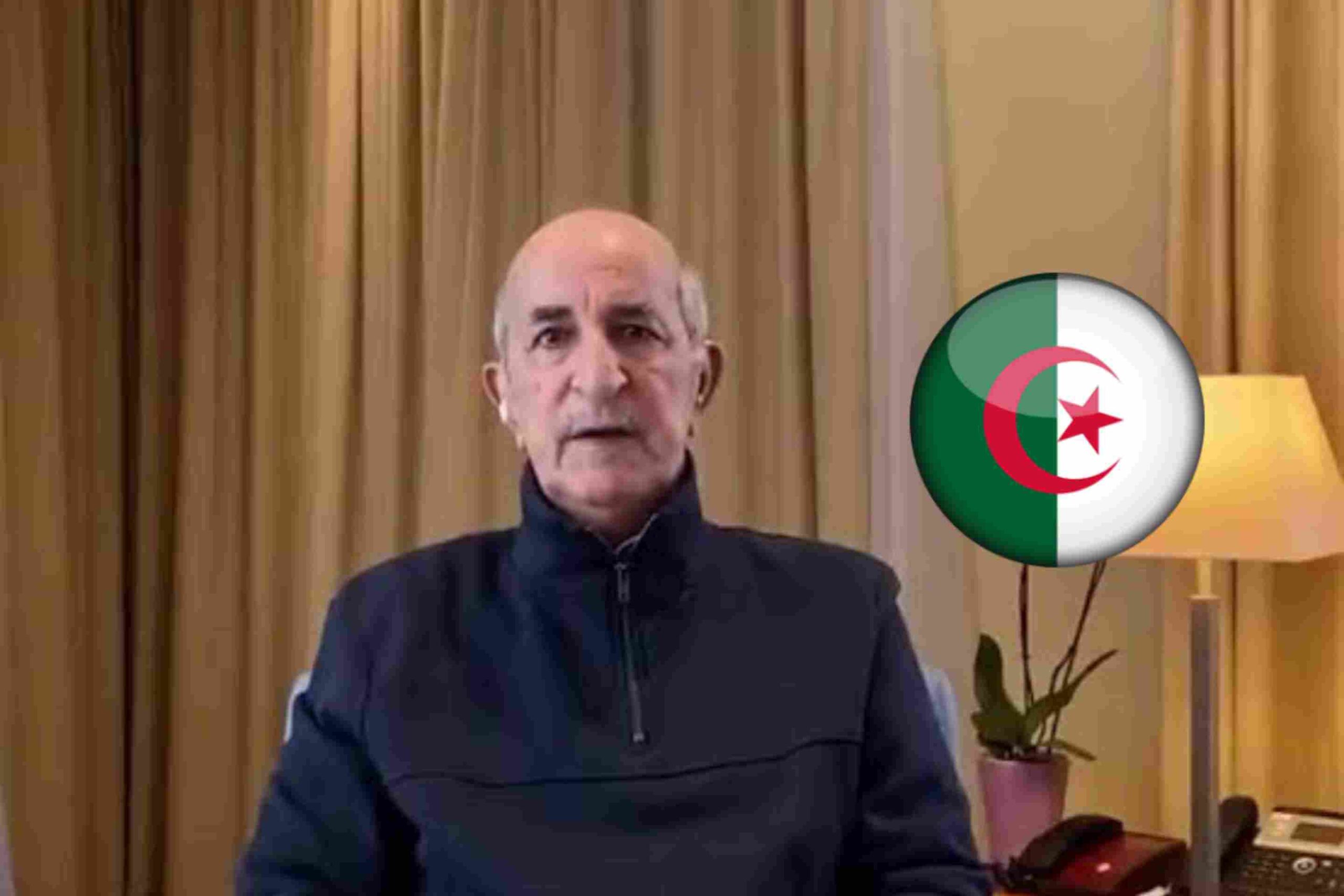 Tebboune took over from former President Abdelaziz Bouteflika, who served as President of Algeria for almost 20 years, from 1999 to his resignation in 2019 and former Acting Head of State Abdelkader Bensalah. Previously, he was Prime Minister of Algeria from May 2017 to August 2017. In addition, he was also Minister of Housing from 2001 to 2002 for a year and again from 2012 to 2017 for 5 years.

Currently Tebboune is the ninth oldest President in Africa, and the oldest president in North Africa. 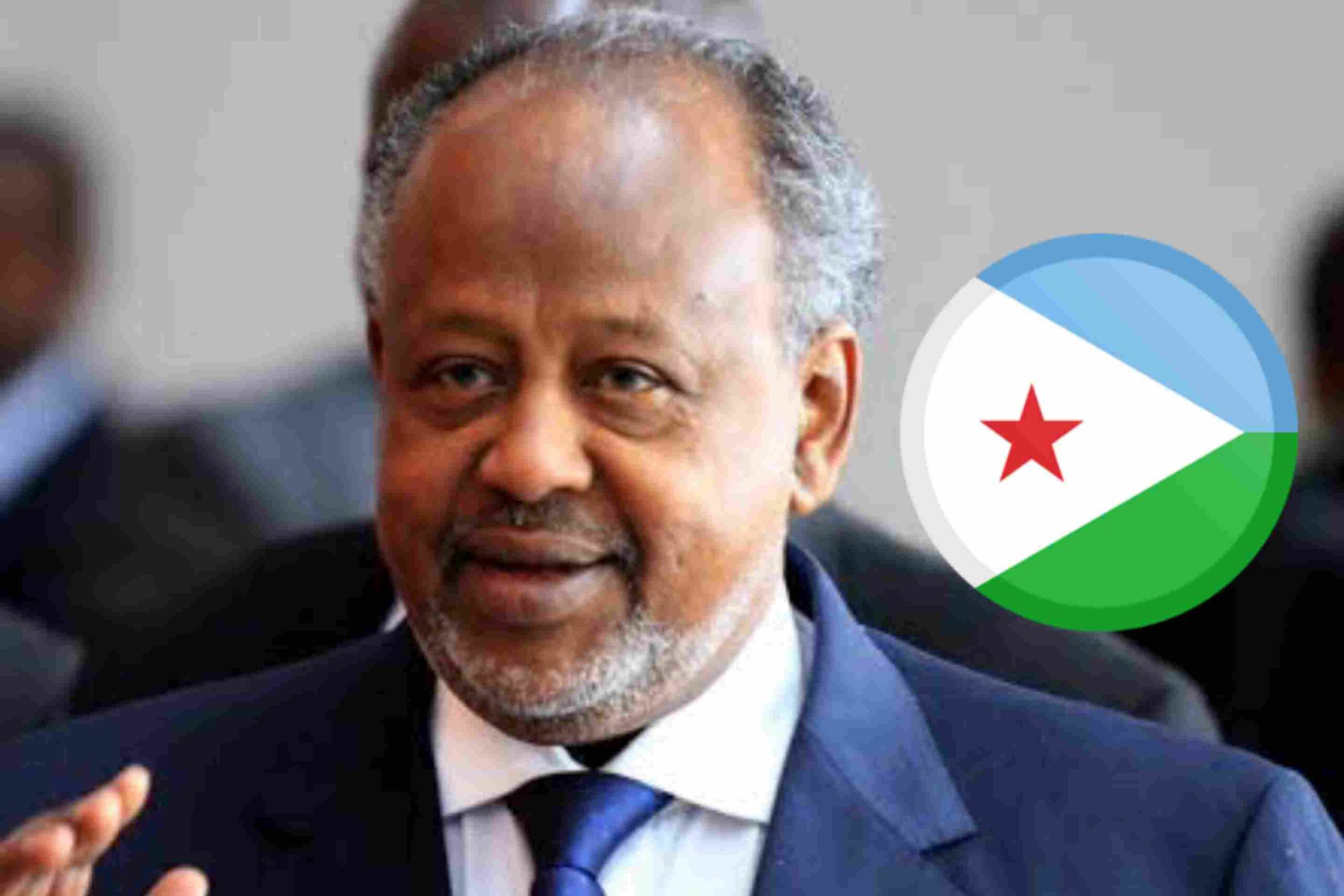 Ismaïl Omar Guelleh was first elected as President in 1999 as the handpicked successor to his uncle, Hassan Gouled Aptidon, who had ruled Djibouti since independence in 1977. Guelleh was re-elected in 2005, 2011 and again in 2016; Guelleh has been characterized as a dictator, and his rule has been criticized by some human rights groups.

Scroll down to see the Top 10 Youngest Serving Presidents (and kings) in Africa as of 2022. 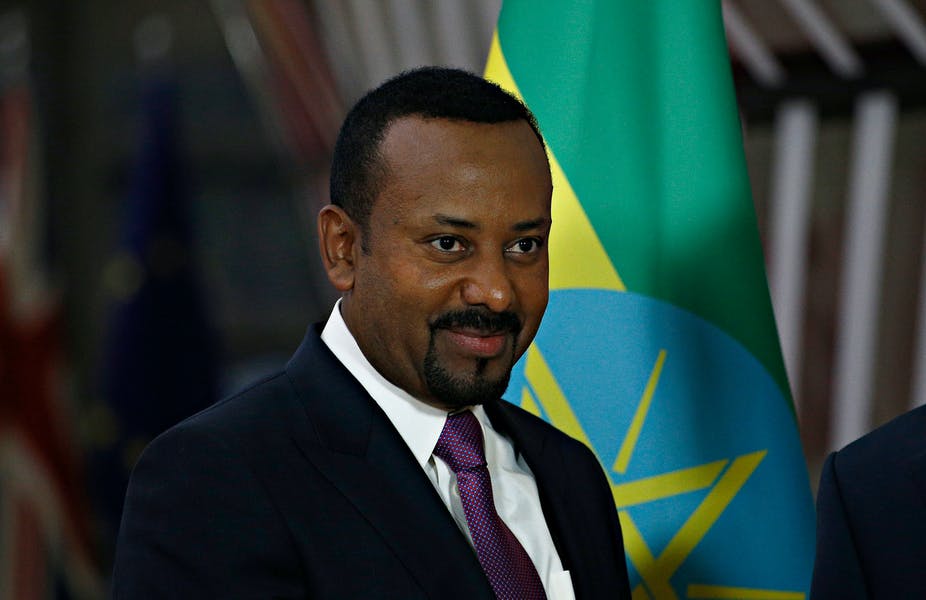 Abiy Ahmed is the youngest president in Africa. He was born on 15 August 1976 in Beshasha, and became Ethiopia’s prime minister on 2 April 2018. He is married to Zinash Tayachew & has 4 children.

Abiy joined the armed struggle aged 15 & later became a military intelligence officer in the Ethiopian National Defense Force. He has a degree in Computer Engineering, MBA, MA in Leadership, Diploma in Cryptology & a PhD in Peace & Security. 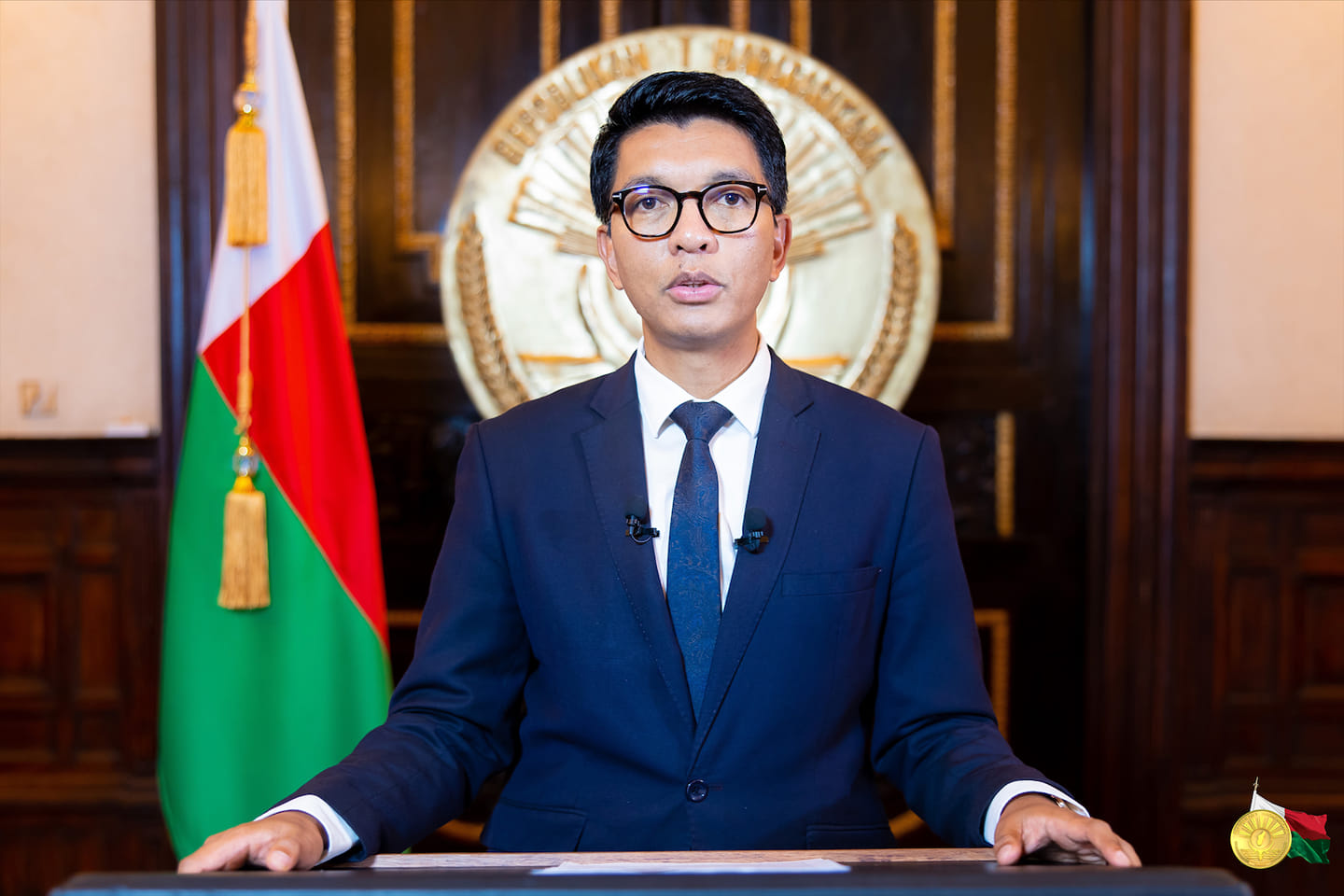 Andry Nirina Rajoelina was born on 30 May 1974 in Antsirabe, he became the president of Madagascar on 19 January 2019. He married Mialy Razakandisa in 2000 & they have 3 children.

Rajoelina dropped out of college-aged 19 to start an events company called Show Business. His business empire has expanded to include radio & tv stations.

Andry Rajoelina is the second Youngest President in Africa.

Évariste Ndayishimiye is the third youngest president in Africa. Ndayishimiye began his seven-year term on 18 June 2020 and announced his first cabinet on 28 June 2020. He shrunk the cabinet ministers from 21 to 15 and mainly nominated ex-regime hardliners to take up key positions. Ndayishimiye’s tenure has been noted to have been less isolationist than his predecessor. 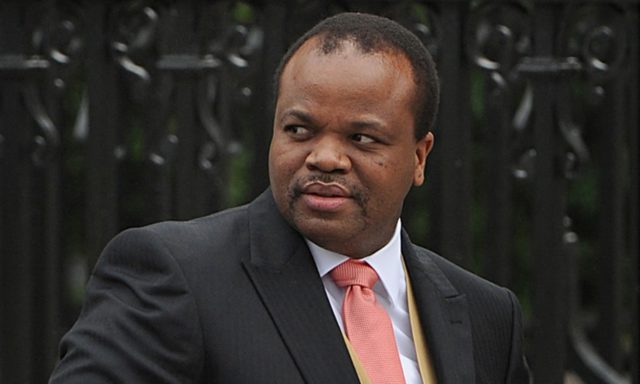 Mswati III is the King of Swaziland, a crown he inherited from his father Sobhuza II,. He is the head of the Swazi Royal Family. He was introduced as the crown prince in 1983 and was crowned on April 25 1986, at the age of 18.

Mswati III is currently the fourth youngest head of state in Africa.

Together with his mother, Ntombi Tfwala, now Queen Mother, he rules the country as an absolute monarch. Mswati III is known for his practice of polygamy and currently has 15 wives. Although he is respected and fairly popular in Swaziland, his policies and lavish lifestyle have led to local protests and international criticism. 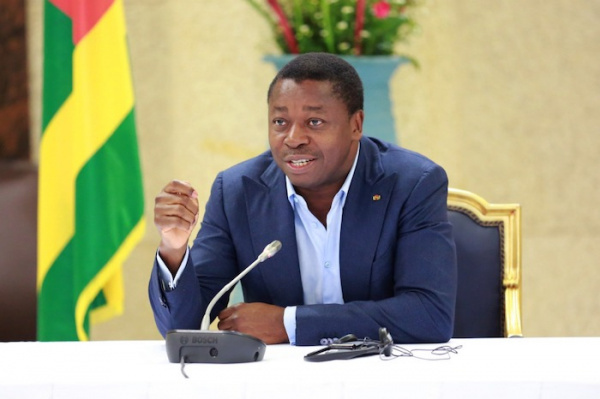 Faure Gnassingbe has been the President of Togo since May 4 2005. He was appointed to the government by his father Gnassingbe Eyadema before he passed away on February 5 2005.

He then won a controversial presidential election on 24 April 2005, and was sworn in as President. Gnassingbé was re-elected for a second term in 2010.

In the April 2015 presidential election, Gnassingbé won a third term, defeating his main challenger, Jean-Pierre Fabre, by a margin of about 59% to 35%, according to official results. 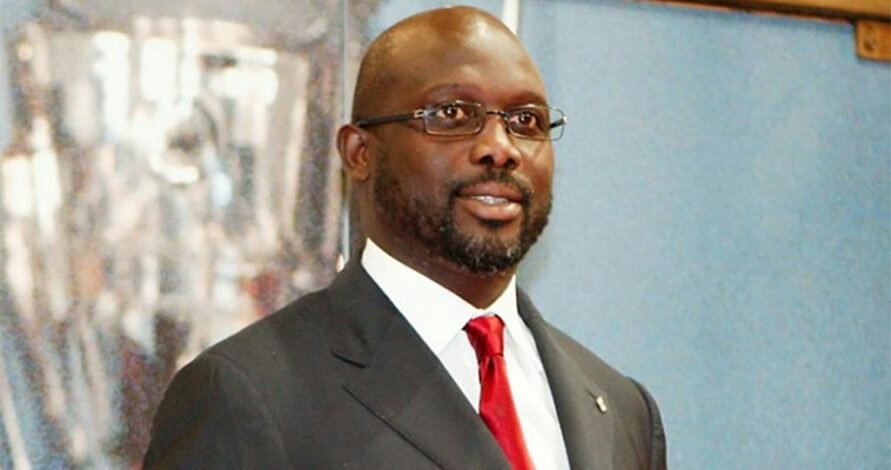 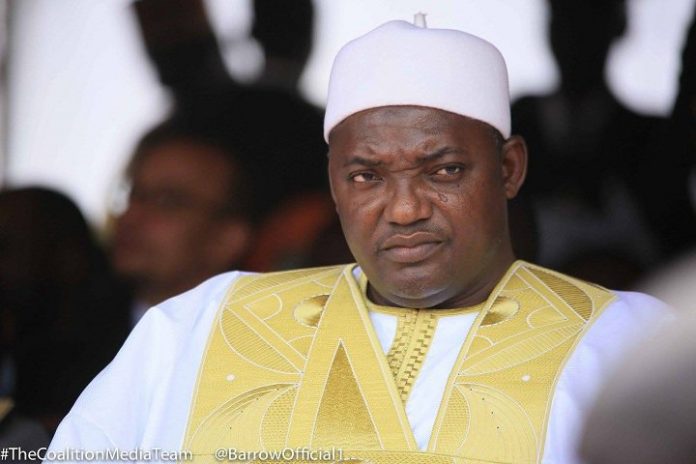 Adama Barrow is a Gambian politician and real estate developer who is the third and current President of the Gambia (Also the fourth youngest president in Africa). He was sworn into office in 2017 after he defeated Yahya Jammeh in a free and fair election. 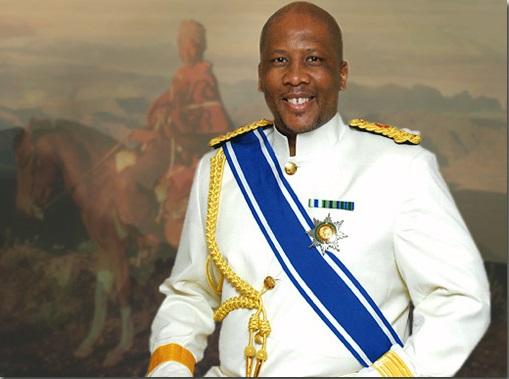 Letsie III is the current king of Lesotho. He succeeded his father, Moshoeshoe II, when the latter was forced into exile in 1990. His father was briefly restored in 1995 but soon died in a car crash in early 1996, and Letsie became king again. As a constitutional monarch, most of King Letsie’s duties as monarch of Lesotho are ceremonial. 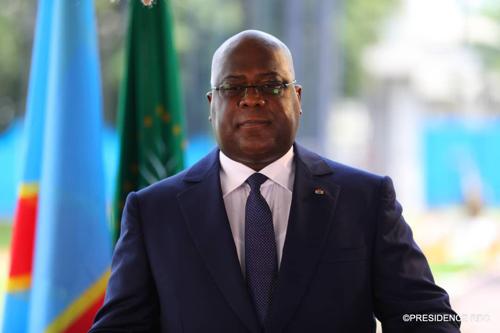 Félix Tshisekedi is a Congolese politician who has been the President of the Democratic Republic of the Congo since 25 January 2019. He took up the position  at the age of 55. He is the leader of the Union for Democracy and Social Progress (UDPS), the oldest and largest party of the Democratic Republic of Congo, succeeding his late father Étienne Tshisekedi in that role. 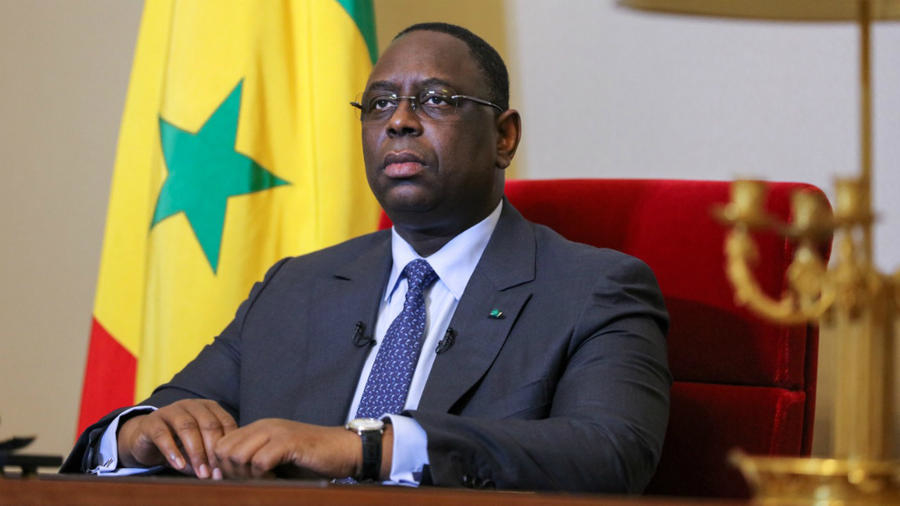 Macky Sall is a Senegalese politician who has been President of Senegal since April 2012. Under President Abdoulaye Wade, Sall was Prime Minister of Senegal from April 2004 to June 2007 and President of the National Assembly (Senegal) from June 2007 to November 2008.

Uhuru was re-elected for a second term in the August 2017 general election, winning 54% of the popular vote.

Previous article
Modern Slavery: 10 Shocking Facts About Slavery In Mauritania
Next article
The Kidnap and Brutal Lynching of Mack Charles Parker in 1959