English is widely spoken in many African countries, due to the influence of British colonialism. Some of the best English speaking countries in Africa include South Africa, Ghana, Kenya, Nigeria, and Uganda. These countries have a relatively high level of fluency in the language and it is often used as a common language for communication and business. Additionally, these countries have a strong education system which emphasizes the importance of learning English.

South Africa is the best speaking English country in Africa, the country is closely followed by Kenya (2nd) and Nigeria (3rd), this is according to the recently released EF English Proficiency Index (EF EPI).

The EF English Proficiency Index (EF EPI) attempts to rank countries by the average level of English language skills amongst those adults who took the EF test. It is the product of EF Education First, an international education company, and draws its conclusions from data collected via English tests available for free over the internet.

The index is an online survey first published in 2011 based on test data from 1.7 million test takers. The most recent, ninth edition was released in October 3022.

According to the index (which only included 20 countries in Africa), young adults in Africa have the best English proficiency, with a significant gap between adults under 30 and older adults.

“As in other regions, it is not the youngest adults who speak the best English, but those in their twenties. These young adults have had the opportunity to use English in university or at work. The impact of actually putting one’s English to good use is clear – English improves with practice.” – EF EPI

South Africa’s English language skills ranked 6th in the world, the highest in the continent, they are closely followed by Kenya (18th). Kenya and Nigeria ranked 20th and 28th respectively.

Nigeria’s English proficiency, according to the English Proficiency Index, is in the high proficiency band at 58.26 per cent, the third highest in Africa. 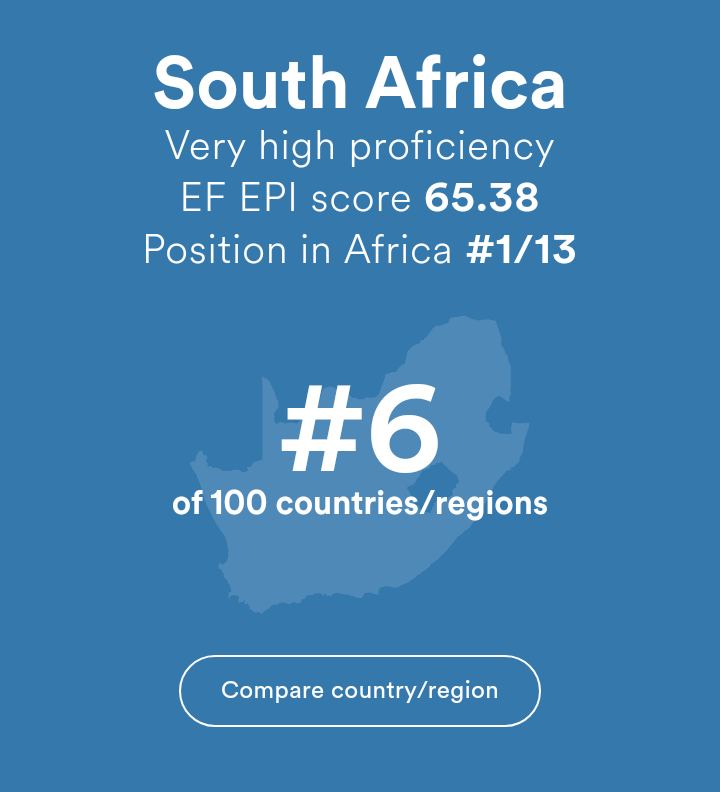 In South Africa, English reflects the legacy of British colonialism, and is commonly used in public and commercial life, though it is fourth-ranked as a spoken first language. 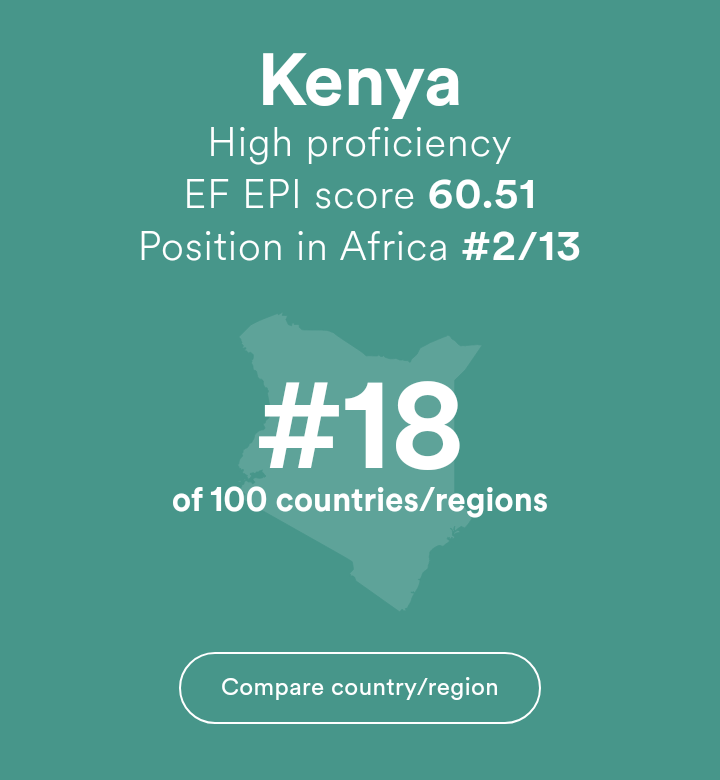 Kenya is the world’s 48th largest country by total area. With a population of more than 47.6 million people, Kenya’s capital and largest city is Nairobi while its oldest city and first capital is the coastal city of Mombasa.

The two official languages, English and Swahili, are used in varying degrees of fluency for communication with other populations. English is widely spoken in commerce, schooling and government.

British English is primarily used in Kenya. Additionally, a distinct local dialect, Kenyan English, is used by some communities and individuals in the country, and contains features unique to it that were derived from local Bantu languages. 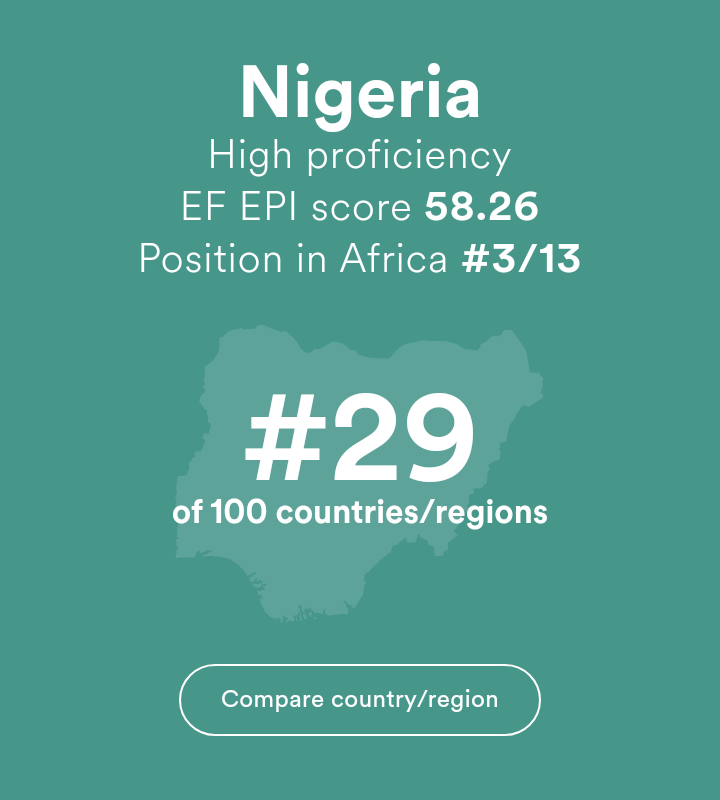 The country also has the third-largest youth population in the world, after India and China, with more than 90 million of its population under the age of eighteen.

The official language of Nigeria, English, was chosen to facilitate the cultural and linguistic unity of the country, owing to the influence of British colonisation that ended in 1960. 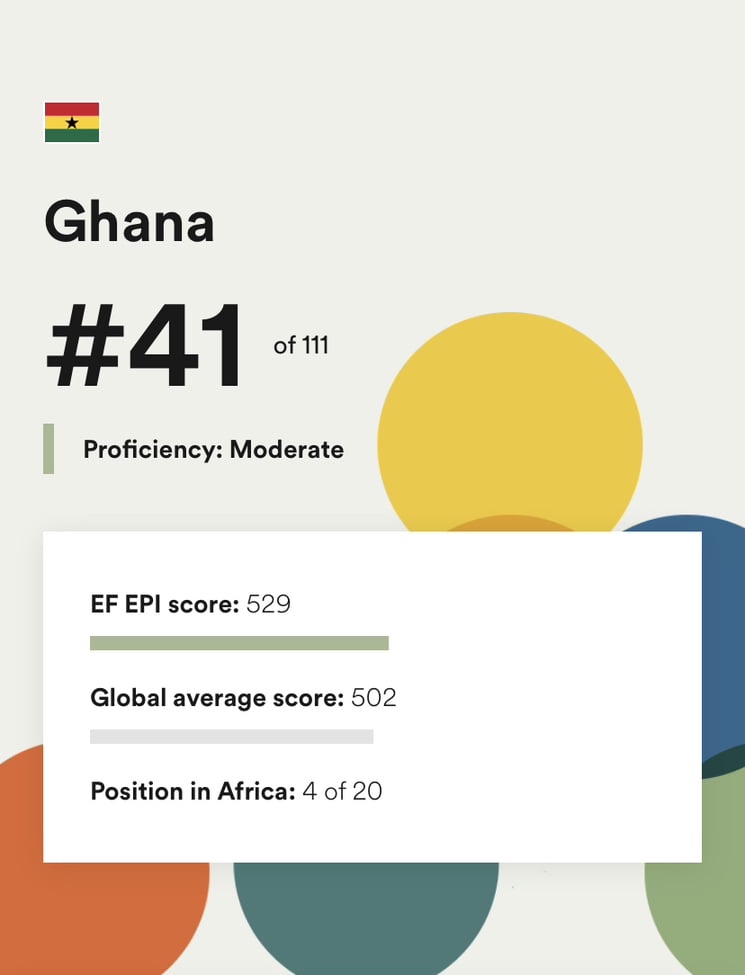 English is the official language of Ghana and is widely spoken throughout the country. The majority of Ghanaians speak English in addition to their native language, and it is used in government, education, and business. Many Ghanaians also speak other languages such as Twi, Fante, and Hausa, which are indigenous to different regions of the country. The use of English in Ghana is a legacy of the country’s colonial past, as it was a British colony until 1957. 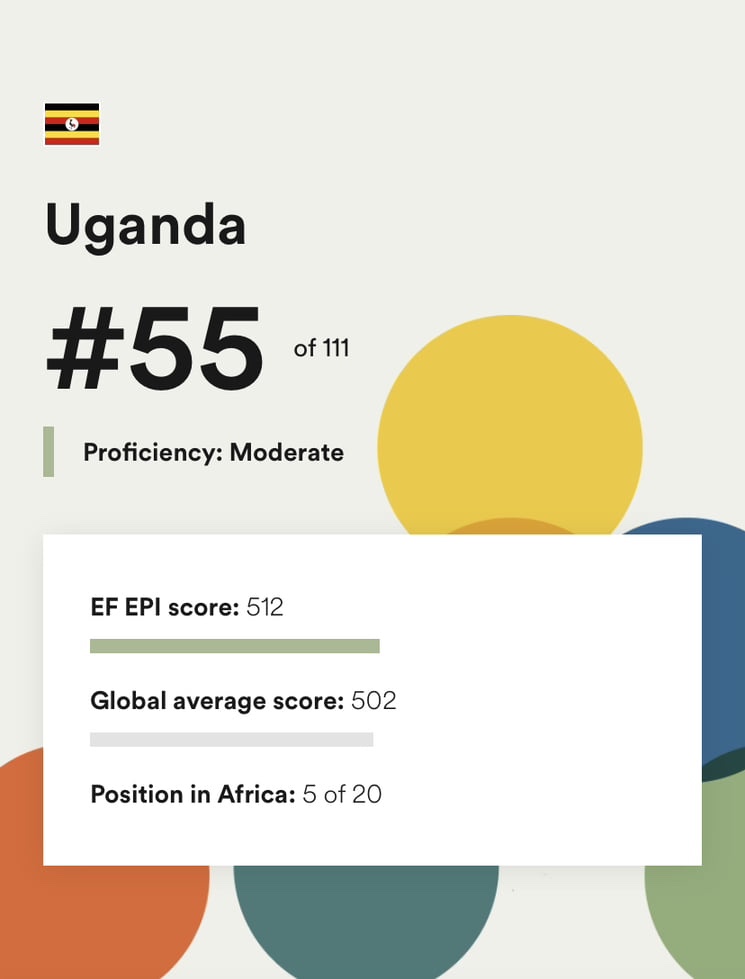 In Uganda, English is one of the official languages alongside Luganda. It is widely spoken, particularly in urban areas, and is used in government, education, and business. Many Ugandans speak English in addition to their native language. The use of English in Uganda is a result of its colonial past, as the country was a British colony until 1962. Additionally, English serves as a common language among the various ethnic groups in Uganda and is taught in schools and used as the primary language of instruction in higher education institutions. 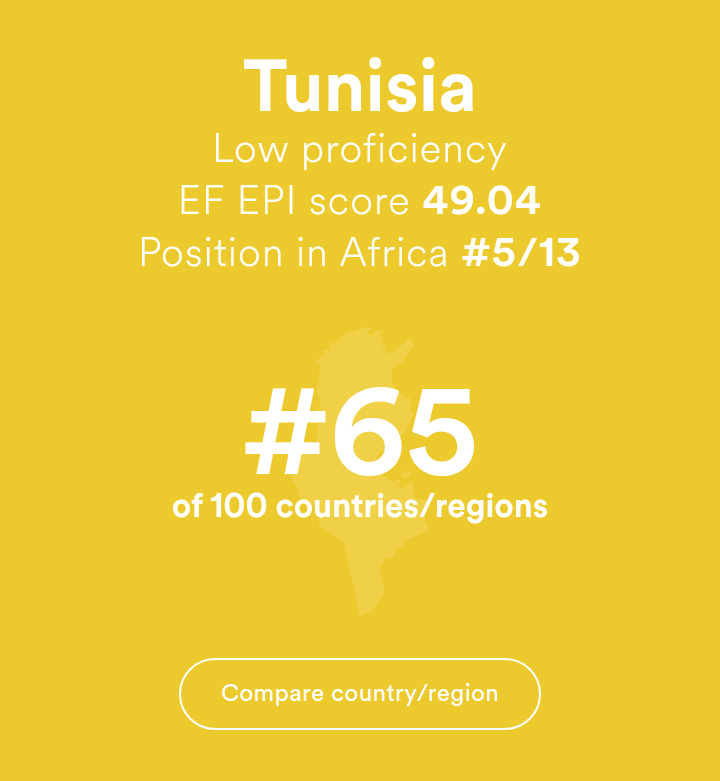 Tunisia is a unitary semi-presidential representative democratic republic. It is considered to be the only fully democratic sovereign state in the Arab world. 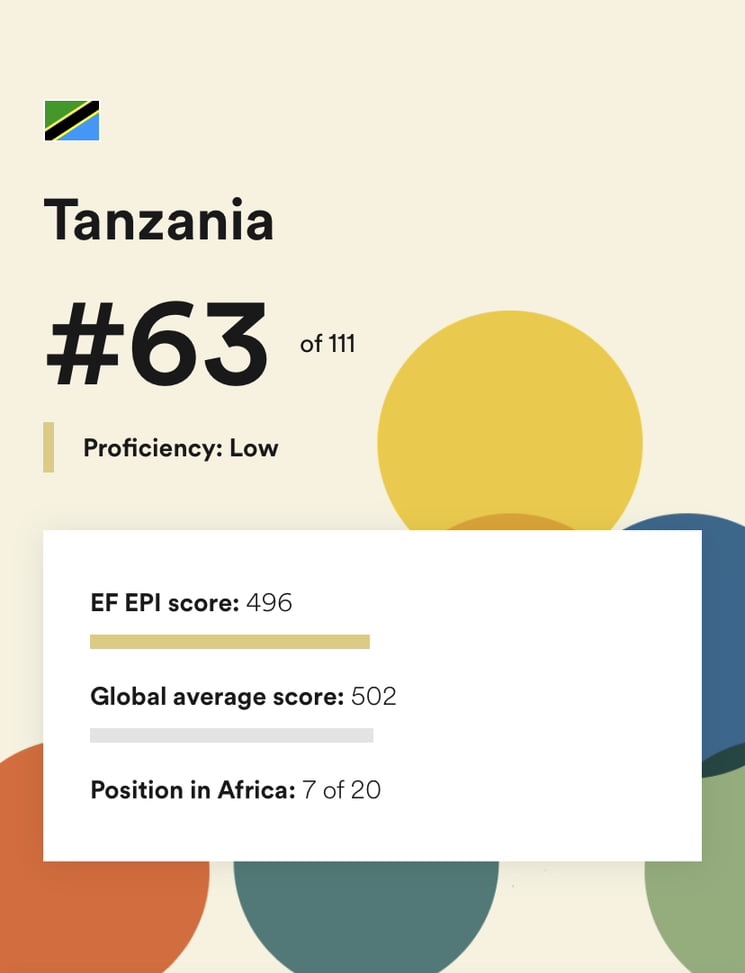 Tanzania is a country located in East Africa, and it is one of the countries where English is an official language. Along with Swahili, English is used in government and education. However, the vast majority of the population speaks Swahili as their first language, and English proficiency may vary among individuals. Despite this, English is widely understood in urban areas and is commonly used in business and tourism. 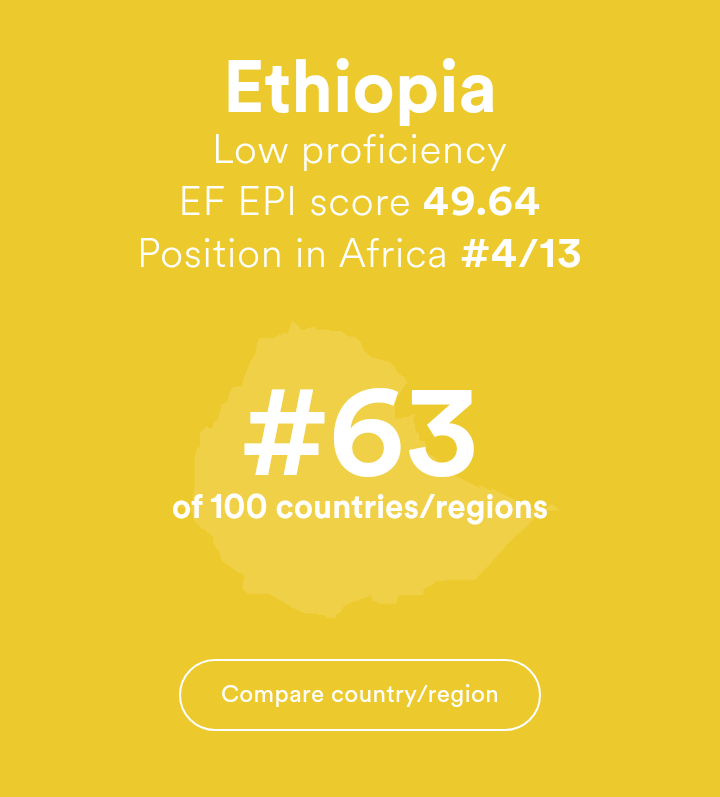 With over 109 million inhabitants, Ethiopia is the most populous landlocked country in the world and the second-most populous nation on the African continent with a total area of 1,100,000 square kilometres (420,000 sq mi). Its capital and largest city is Addis Ababa. English is the most widely spoken foreign language, and is the medium of instruction in secondary schools. 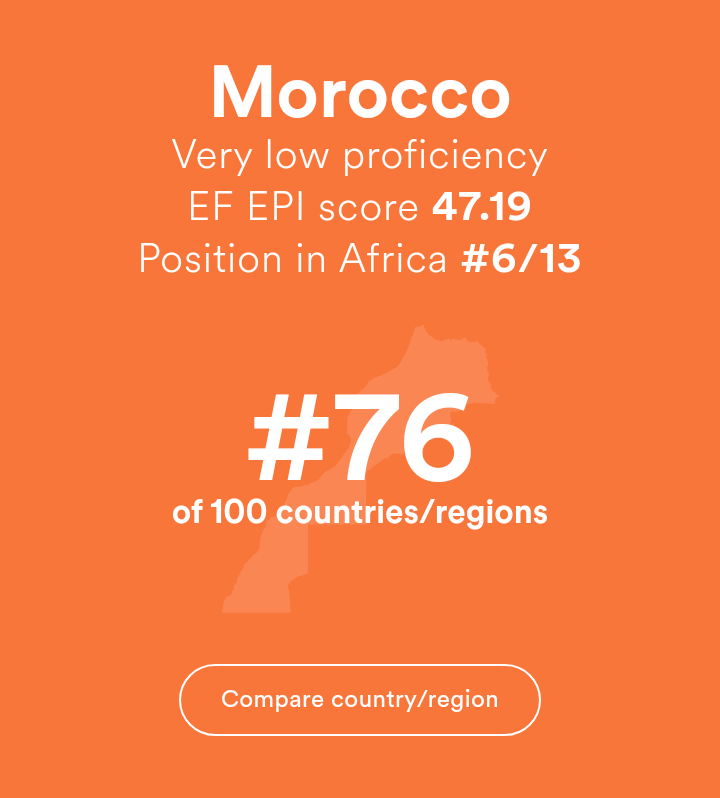 More than 2.19 million Moroccans speak a foreign language other than French. English, while far behind French in terms of number of speakers, is the first foreign language of choice, since French is obligatory, among educated youth and professionals. 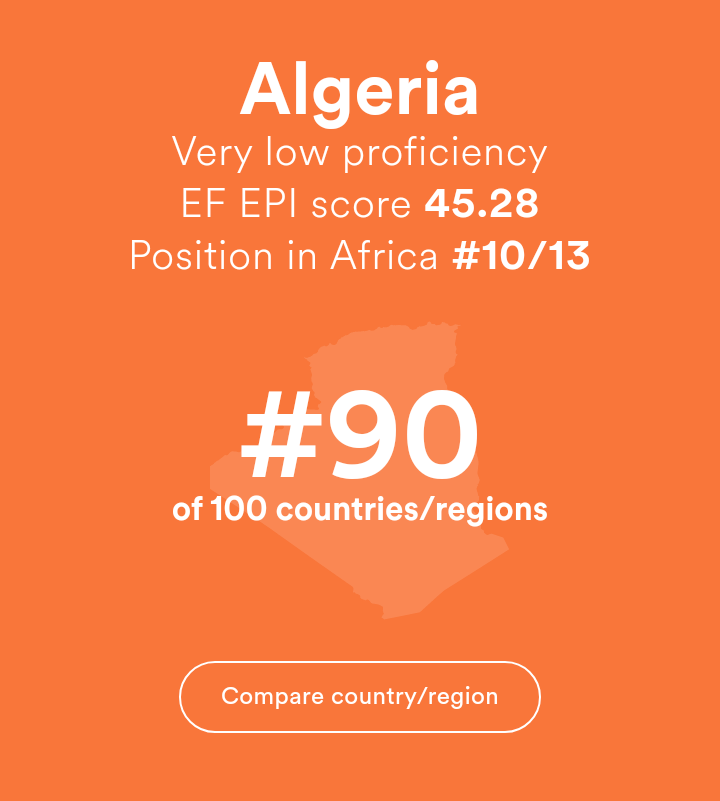 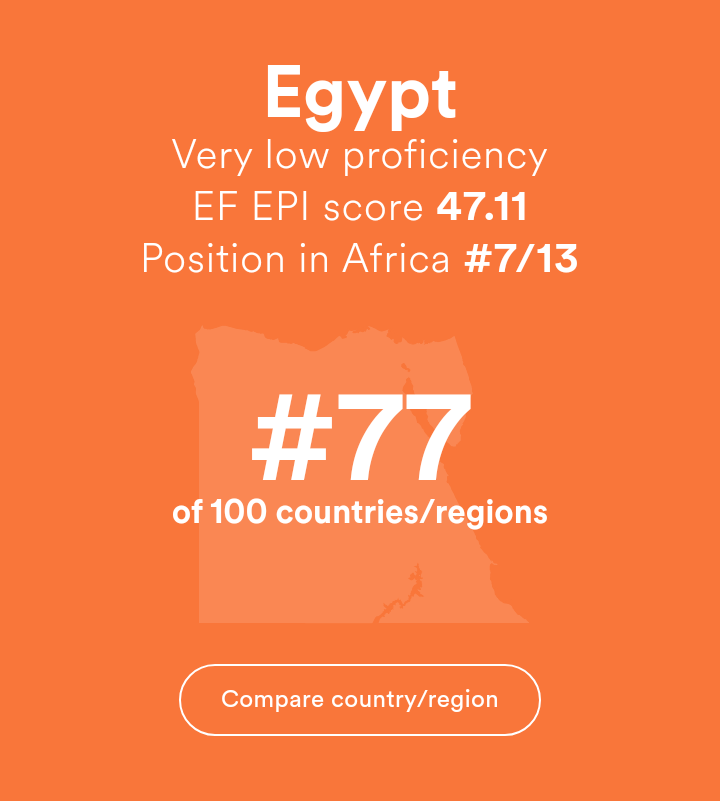 Egypt is a Mediterranean country, the country has one of the longest histories of any country, tracing its heritage back to the 6th–4th millennia BCE. Considered a cradle of civilisation, Ancient Egypt saw some of the earliest developments of writing, agriculture, urbanisation, organised religion and central government.
The main foreign languages taught in schools, by order of popularity, are English, French, German and Italian. 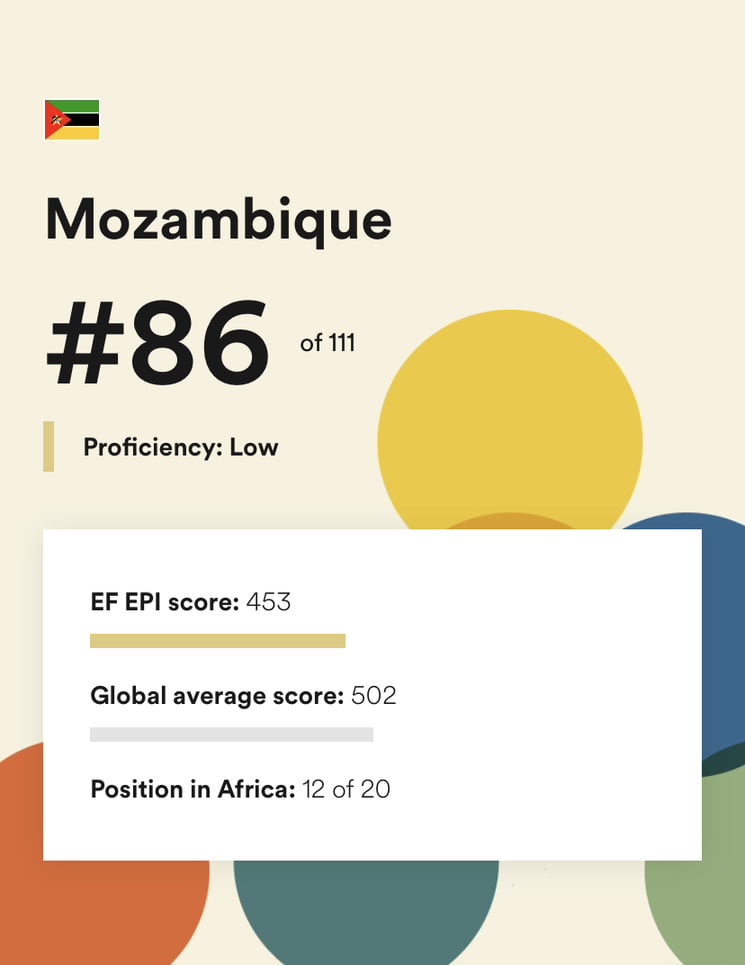 Mozambique is a country located in Southeast Africa. Portuguese is the official language, but English is also widely spoken and understood, particularly in urban areas and in the tourism and business sectors. However, it is important to note that the vast majority of the population speaks Portuguese and other local languages as their first language, and proficiency in English may vary among individuals. While English is recognized as an official language, it is not as widely spoken as Portuguese. 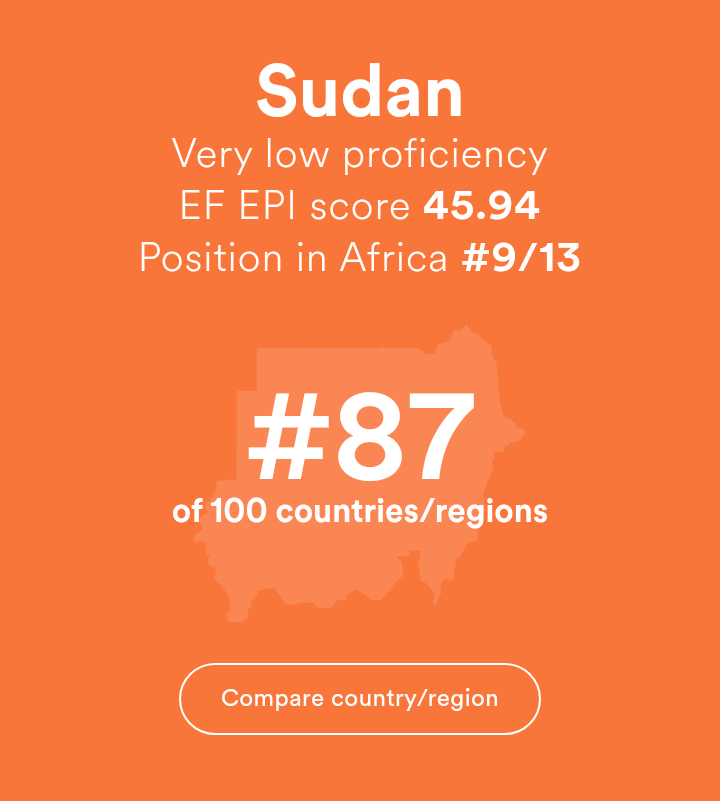 Sudan is a country in northeastern Africa. Sudan has a population of 43 million (2018 estimate) and occupies 1,886,068 square kilometres (728,215 square miles), making it Africa’s third-largest country and also the third-largest in the Arab world. its official languages are Arabic and English. 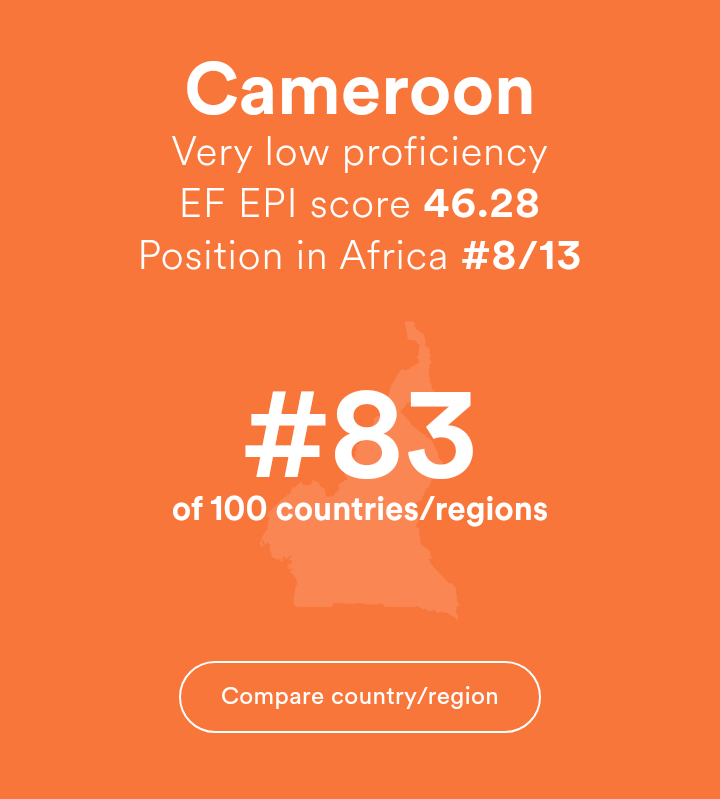 Cameroon, officially the Republic of Cameroon is a country in Central Africa. Cameroon is home to over 250 native languages spoken by over 20 million people. 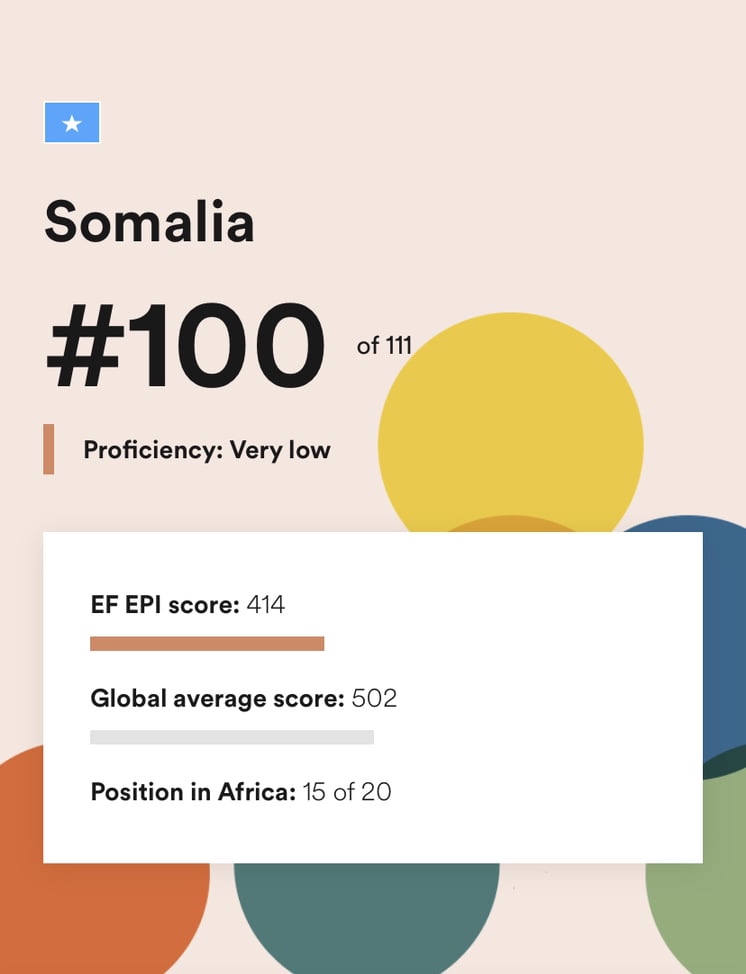 Somalia is a country located in the Horn of Africa. The official language is Somali, however, a significant number of people in Somalia also speak Arabic and Italian. English is not an official language in Somalia, and proficiency in the language may vary among individuals. However, English is taught in schools and is commonly used in government, business and international organizations. It is also used in the tourism sector and is understood by many people especially in urban areas, despite being less spoken than the official languages. 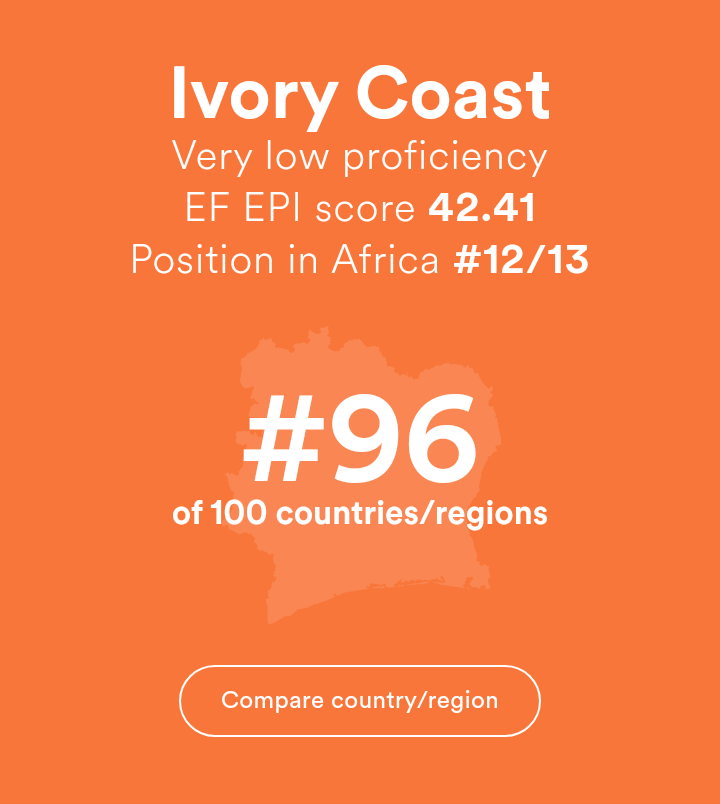 Ivory Coast or Côte d’Ivoire, officially the Republic of Côte d’Ivoire, is a country located on the south coast of West Africa. Ivory Coast’s political capital is Yamoussoukro in the centre of the country, while its economic capital and largest city is the port city of Abidjan. 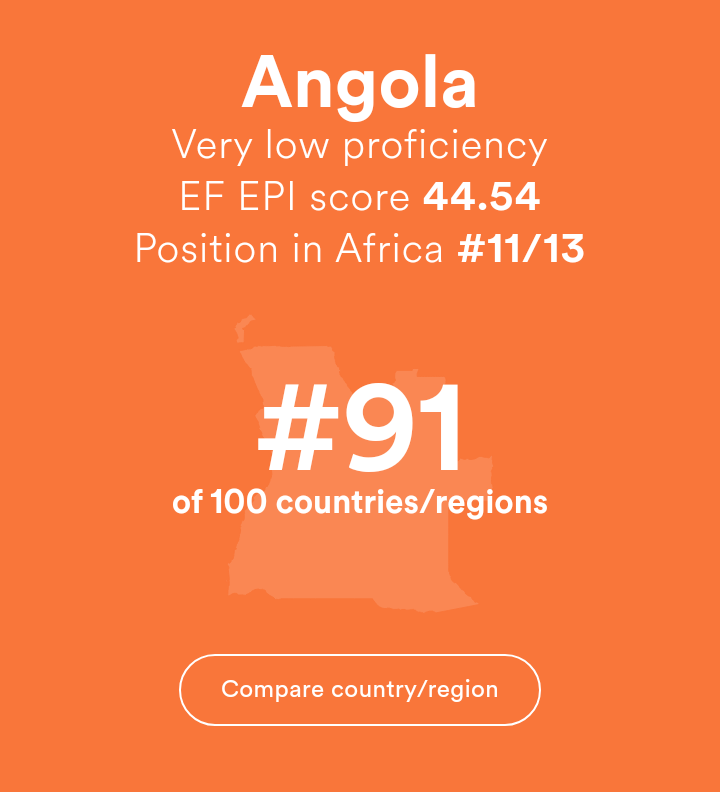 Angola is a west-coast country of south -central Africa. It is the seventh-largest country in Africa. The foreign language mostly learned by Angolans is English. 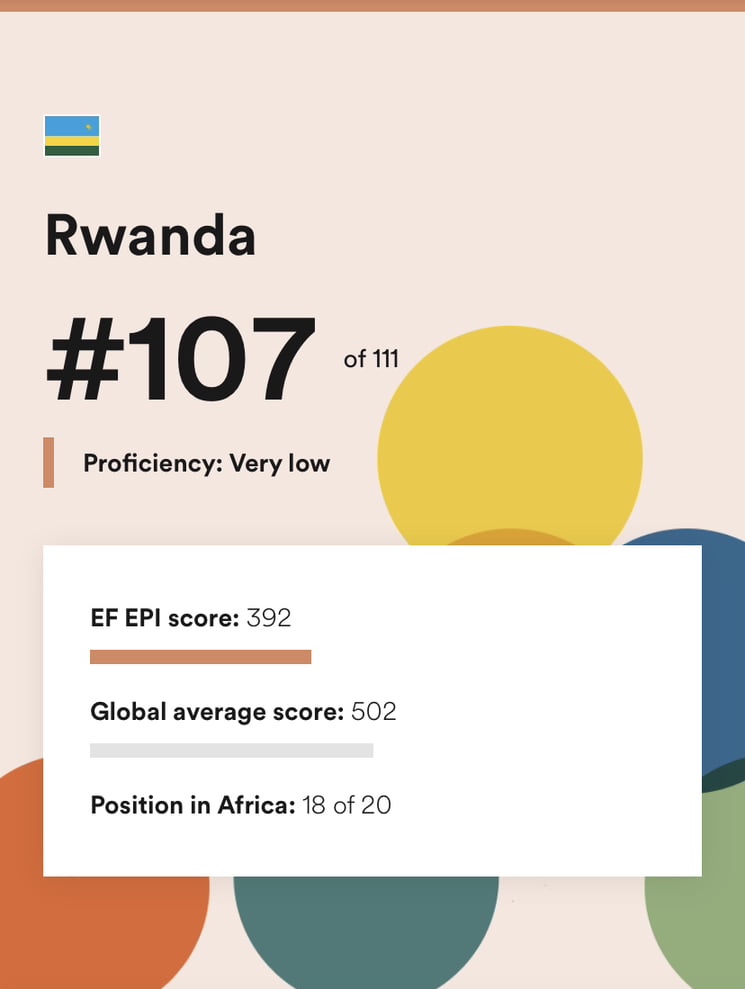 Rwanda is a small country in East Africa that has official languages of Kinyarwanda, French and English. English is widely spoken in Rwanda, particularly in government, education, and business settings. This is due to the country’s history of British and American influence, as well as a focus on promoting English as a key language for economic development. 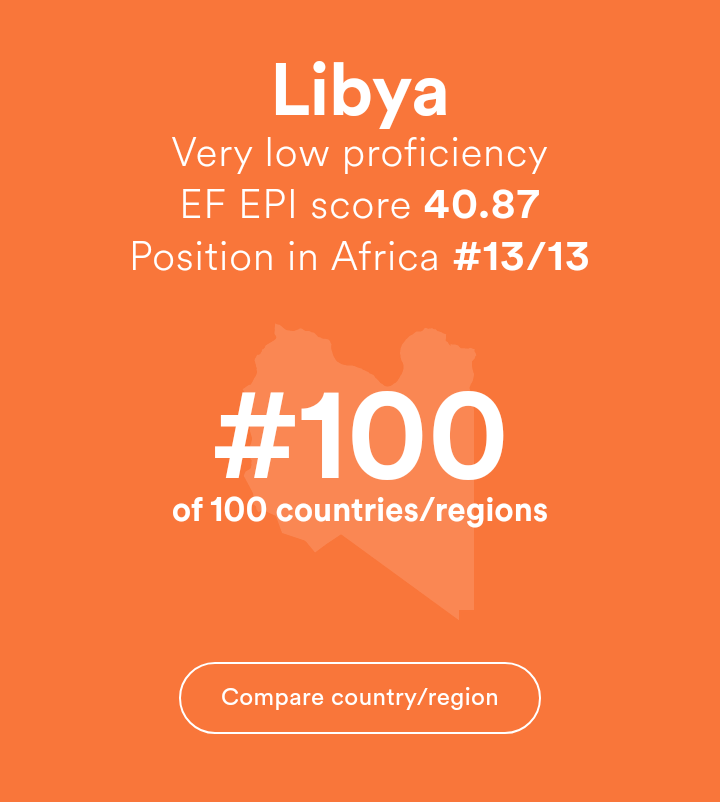 Libya is the fourth largest country in Africa, and is the 16th largest country in the world. The largest city and capital, Tripoli, is located in western Libya and contains over one million of Libya’s six million people. Although the official language of Libya is Arabic, English is widely understood in the major cities.

The EF EPI eighth edition was calculated using test data from 1.3 million test takers. The test takers were self-selected and no demographic information was collected on them. The tests are used by the company for marketing and placement purposes. 85 countries and 3 territories appear in the eighth edition of the index. In order to be included, a country was required to have at least 400 test takers.