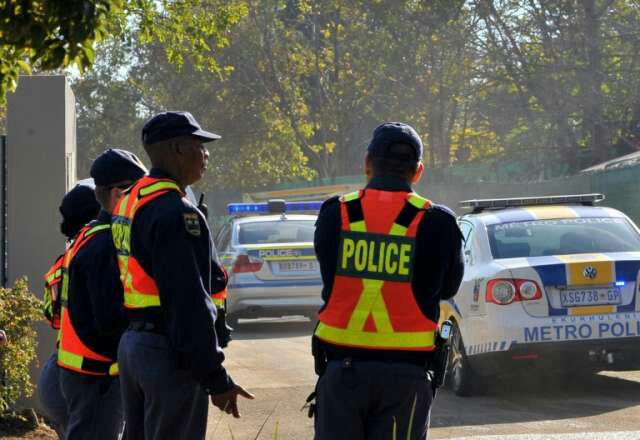 The officers – two women and six men – were arrested on Friday, IPID spokesperson Moses Dlamini said.
Dlamini said Badmus, 25, was allegedly killed when the officers interrogated and suffocated him on October 10, 2017, in Vanderbijlpark.

“According to the police, they had found drugs on the deceased, but this was a false story to cover up the torture and murder of the deceased.
“There was a huge outcry from the Nigerian community when the death was discovered. At the time, the police also alleged that they were attacked by ‘drug dealers’,” he said.

Dlamini said IPID investigators had probed the matter amid a lot of “hostility” from some members of the South African Police Service.

He said two pathologists who conducted the post-mortem confirmed that the deceased had indeed been tortured.

“The docket was referred to the Director of Public Prosecutions (DPP) for prosecution and the DPP decided that the eight suspects be charged for murder and torture.”

The officers will appear in the Vanderbijlpark Magistrate’s Court on Monday.