A Gambian army officer has testified that he and two colleagues shot dead 50 Migrants in 2005 on orders from then- President Yahya Jammeh. 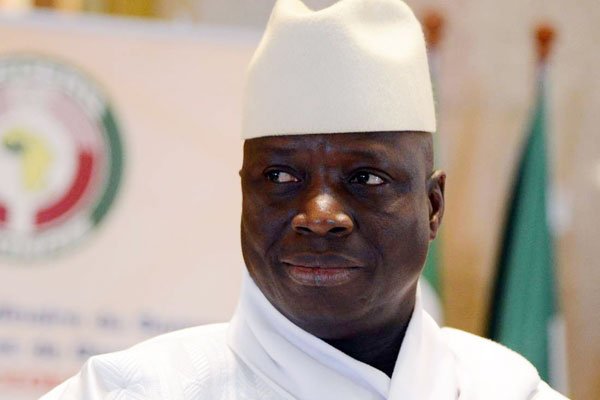 Gambia’s former president Yahya Jammeh ordered the massacre of some 50 migrants he said were “mercenaries” sent to topple him in 2005, a member of the former strongman’s hit squad told a truth commission on Tuesday.

The testimony comes a day after another army officer accused Jammeh of ordering the murder of a leading journalist who worked for an independent newspaper and wrote articles about corruption that marked Jammeh’s iron-fisted rule for 22 years.

Omar Jallow, a former officer in the Presidential Guard, said about 45 Europe-bound migrants comprising nationals from Ghana, Nigeria, Senegal and Togo, were arrested on a beach while trying to get to Europe.

“Yahya Jammeh ordered for the execution of the foreign nationals,” believing they were mercenaries sent to topple him, Jallow said.

They were taken to a firing range and then the soldiers were told by their commanding officer, Lieutenant Solo Bojang, that the captives were to be killed.

“Solo said these people were mercenaries and he told us that the order from the former head of State (Yahya Jammeh) was to fire at them,” he said, adding that the bodies were thrown in a well.

“I was given 100 dollars by one of them who pleaded to me to allow him say his last prayers, but before he completely knelt down (another soldier) fired at him. I used the 100 dollars,” Jallow said.

Human Rights Watch said the other migrants were also killed.

Jammeh seized power in a bloodless coup in 1994 in the former British colony.

His refusal to leave power after losing a presidential election in 2016 sparked a regional crisis in West Africa, which ended when Jammeh agreed to live in exile in Equatorial Guinea.