Bridgetower was a multiracial Afro-European violinist who began studying the instrument at the age of 10. He is renowned for serving as the source of inspiration for Beethoven’s Violin Sonata No. 9 in A Minor (Op. 47), also known as the Kreutzer Sonata. 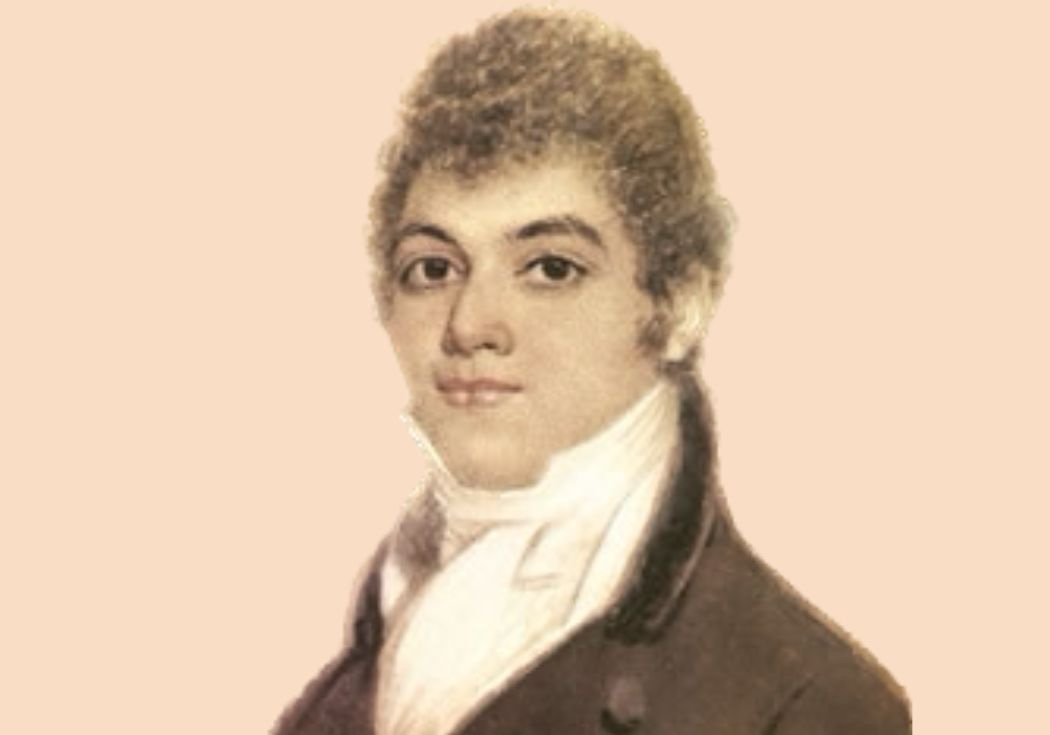 George Bridgetower was born in Biaa Podlaska, Poland, on October 11, 1778. His father was an African prince who married a white European woman named Mary Ann Bridgetower. The couple also had two other sons who both became musicians. George’s younger brother Fredrick was a cellist.

At a young age, George showed great talent, and by the time he was 10, he was giving solo violin performances in theaters and concerts.

Young George was so good that in the spring of 1789, when he was only 11 years old, he performed at a concert in Bath in front of King George III and 550 guests. The Bath Morning Post reported on December 8, 1789:

“The young African Prince, whose musical talents have been so much celebrated, had a more crowded and splendid concert on Sunday morning than has ever been known in this place. There were upwards of 550 persons present, and they were gratified by such skills on the violin as created general astonishment, as well as pleasure from the boy wonder. The father was in the gallery, and so affected by the applause bestowed on his son, that tears of pleasure and gratitude flowed in profusion“.

Between 1789 and 1799, Bridgetower performed in around 50 London theatre concerts, including Covent Garden, Drury Lane, and the Haymarket Theatre, before he was hired by the Prince to perform in his orchestra in Brighton and London.

In 1791, the British Prince Regent, the future King George IV, took an interest in him and oversaw his musical education. For eleven years, George studied with François-Hippolyte Barthélémon, director of the Royal Opera, Croatian-Italian composer Giovanni Giornovichi, and Thomas Attwood, organist at St Paul’s Cathedral and professor at the Royal Academy of Music, while also performing in the Prince’s band at the Royal Pavilion, all under the direction of the Prince.

George is best remembered today for his association with Ludwig van Beethoven whom he met and also performed with in Vienna in 1803.

Beethoven was so impressed with Bridgetower’s talent that he dedicated his Violin Sonata No. 9 in A minor (Op.47) commonly known as the Kreutzer Sonata to Bridgetower. The piece which was inspired by Bridgetower was given its first public performance on May 24, 1803 at 8:00 AM in the Augarten, with Beethoven on pianoforte and Bridgetower on violin. Unfortunately, the two had a falling out afterwards, supposedly over a woman, and Beethoven changed the dedication to Rodolphe Kreutzer.

Bridgetower moved to England shortly after he fell out with Beethoven, where he resumed his musical career as a performer and instructor. He earned a Bachelor of Music degree from Trinity Hall in Cambridge in June 1811, and five years later, in 1816, he married Mary Leech Leeke.

Among Bridgetower’s original works are Henry: A Ballad for Medium Voice and Piano (London), Diatonica Armonica for Piano (London, 1812), and others. 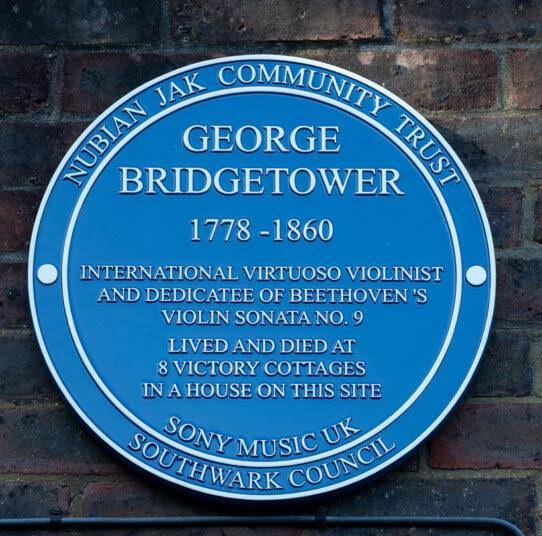 George Bridgetower died in London on February 29, 1860, leaving his estate of £1,000 to his deceased wife’s sister. The house was demolished in 1970, but a blue plaque now marks the site. He is buried in Kensal Green Cemetery.

Previous article
King Sobhuza II, the Longest-reigning Monarch Ever in Recorded History (1899-1982)
Next article
Tignon Laws: the Law That Prohibited Black Women From Wearing Their Natural Hair in Public