The African Dodger, also known as “Hit the Nigg*r Baby” or “Hit the Coon” was a very popular game in local fairs, carnivals, and circuses in the United States from the 1880s up to the 1940s. 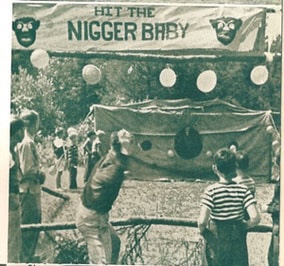 In 1881, a carnival promoter in Indiana got the idea to chain a monkey to a table and invite people to pay a token and then try to strike the primate with three balls. The game, however, was not well received, as people thought it barbaric to use an innocent creature as target practice for the sport.

A local newspaper “Indiana Herald” called it a shame and an outrage, “It is nothing less than a severe case of cruelty to animals, and as such should be prohibited by the management of the grounds.”

After the criticisms from the public, the promoter reinvented the game by replacing the monkey with an unemployed black man. He called his new game “The African Dodger,” and it immediately became a national sensation.

In the African dodger game, an African-American man would stick his head through a curtain stretched between two poles, and attempt to dodge objects, such as eggs, baseballs and sometimes stones, thrown at him by players. 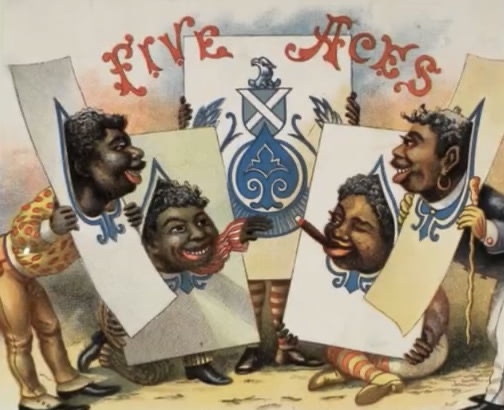 The purpose of the game was to hit the head of the black man with a ball and win a prize.

“Hit the nigg*r in the head, get a good ten cent seegar,” “Three balls for a dime, folks. Try your skill and accuracy. Hit the nigger baby on the head get a handsome cane and pennant”

The above chant calling on people to try their luck at the game was common at carnivals, fairs, and circuses across the United States throughout the 1880s until the mid 1940s.

While this was happening, many sociologists, scientists and politicians at the time went out of their way to justify the game by affirming the general public that blacks didn’t mind such shame or brutality and that Africans were “less evolved,” and had “heavy and massive craniums” that resisted the objects thrown at their heads. 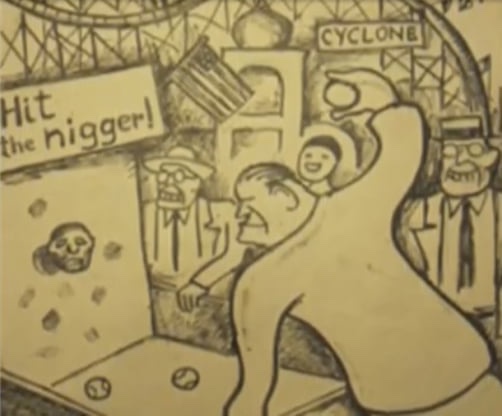 The Dodgers made headlines when they were seriously and horrifically injured-otherwise, they were nameless victims.

In 1904 in New York, the Meriden Daily Journal reported how a dodger was smashed in the nose by a professional baseball player that left him unconscious. The article, which was written as a play-by-play commentary on the incident, concluded with the report that it “will probably be necessary to amputate the nose in order to save Johnson’s life”

There was another report of one Walter Smith in Connecticut who was hit with such force that several of his teeth were knocked out, and the ball was locked so securely within the negro’s mouth that it had to be cut to pieces before it could be removed. 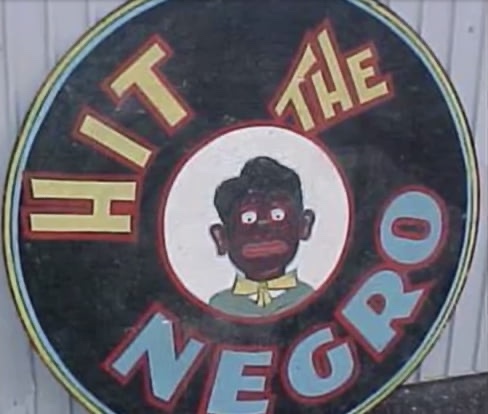 Despite the barbarity and brutality, the African Dodger game was widespread in every part of the United States. If you could not make it to the fair, you could purchase an African Dodger table game which featured a caricatured black face poking through a canvas for $.69.

The African dodger game was so popular that it was depicted in comic strips and cartoons, including Donald Duck and Popeye.

The African Dodger started losing its appeal sometime around the early 1920s; carnival and circus organizers at the time also felt that the African Dodger hame had become “too old and commonplace” so they replaced it with a less dangerous game “the African dip” in which blacks would fall into a tank of water when a ball strikes a target.

The African dip now goes by the name Dunk Tank and it’s an attraction mainly found at fundraisers, and parties.

Previous article
Bai Bureh, the Sierra Leonean Ruler Who Led an Uprising Against the British in 1898
Next article
Top 10 Busiest Airports in Africa, 2022