Face painting is a traditional art form that has been practiced by many African cultures around the world for centuries. In Africa, face painting has a rich history that dates back to ancient civilizations and continues to be an important part of modern African culture. 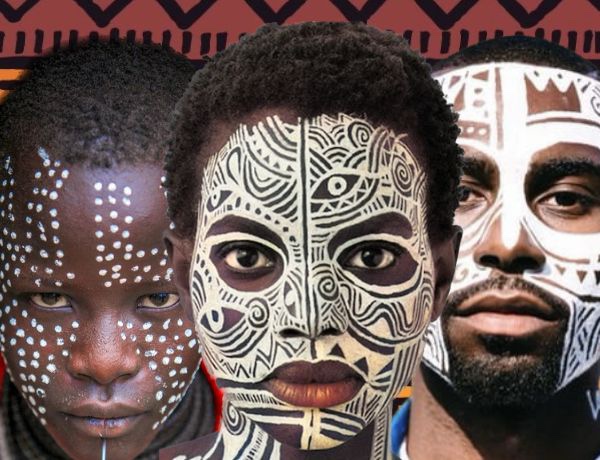 Face painting is often used in African culture as a way to communicate and express identity, and each design has its own unique meaning and significance. In some cultures, face painting is used to mark important life events such as weddings, initiations, and ceremonies. It is also used as a way to express cultural identity and to honor ancestors.

African face painting holds great significance in many African cultures and is an important part of the artistic and cultural traditions of the continent.

Face painting is often used in traditional African dance, music, and other performances to create a visual impact and to enhance the overall experience. It can also be used to convey social status or rank, or to indicate membership in a particular group or community.

Traditionally, Oil, clay, and chalk are the most common paint ingredients, but the Dinka of southern Sudan have in the past used ash, cattle dung, and urine to make their face paint.

Specific colors are used to indicate certain periods in a person’s life, such as puberty, courting, and marriage, among other things.

It also functions as social marker, distinguishes boys from men, men from older men or outsiders from members of the tribe.

There are many different African face painting designs, each with its own symbolism and meaning. Here are just a few examples: 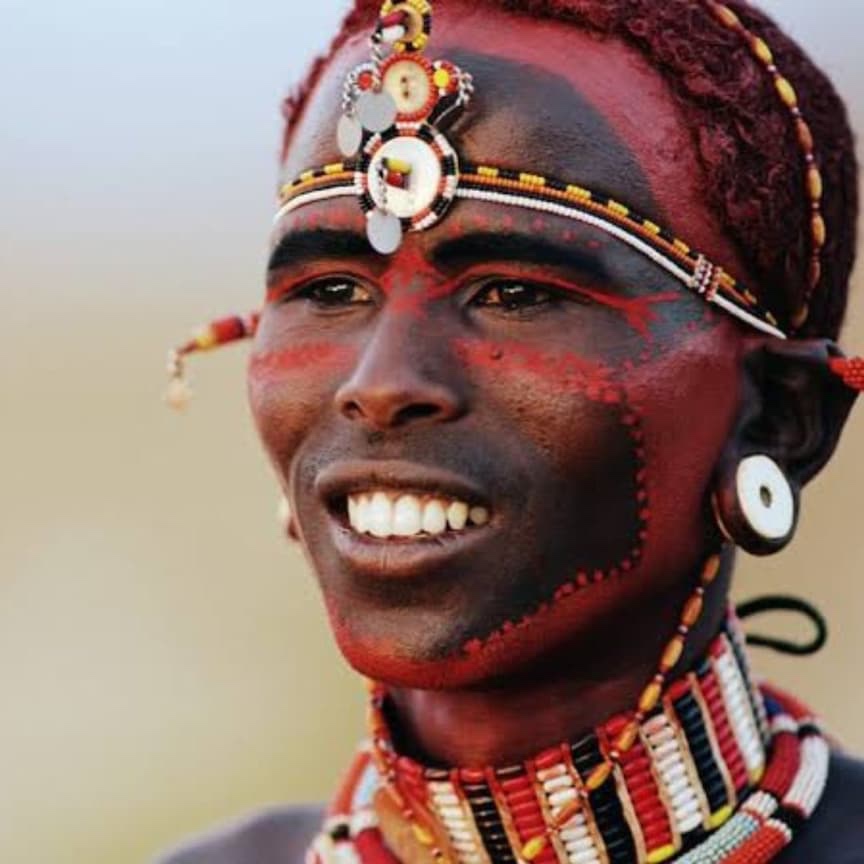 The Maasai Mara in Kenya are known for their intricate face painting designs that are used to mark important life events and ceremonies. The Maasai Mara use red ochre paint to create intricate patterns on their faces, and these patterns often include dots, lines, and circles. 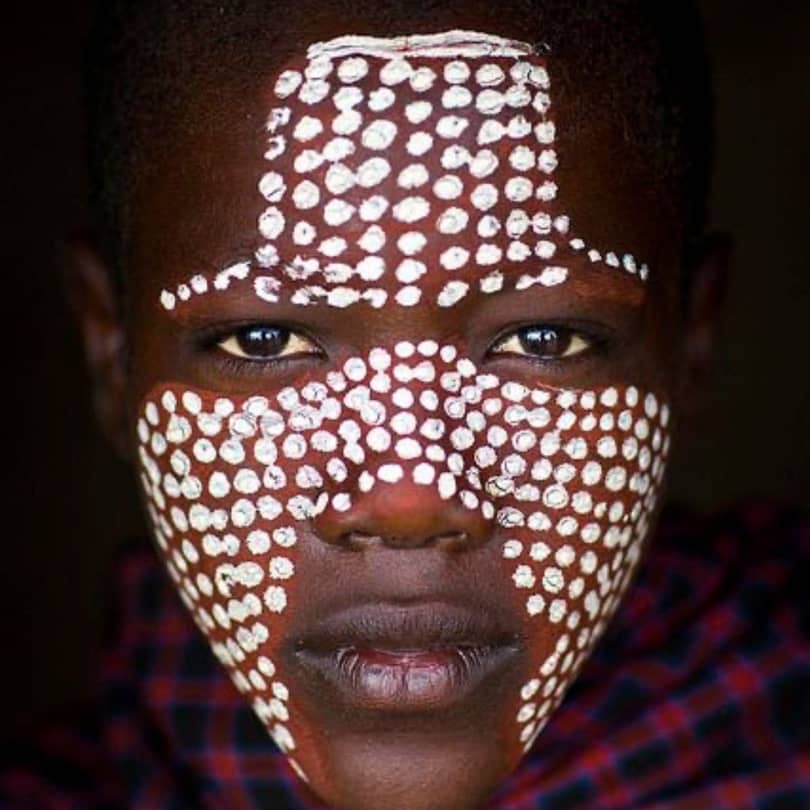 The Arbores are an indigenous ethnic group located in the Omo Valley in Ethiopia. They are known for their elaborate and distinctive face painting traditions, which serve a variety of cultural and social functions.

In addition to being used for ceremonial purposes, face painting is also an important aspect of everyday life for the Erbore people. Different patterns and designs are used to signify different social and cultural roles, such as age, status, and marital status. For example, married women often paint their faces with a white stripe to signify their marital status, while younger women may paint their faces with a red stripe to indicate that they are available for marriage. 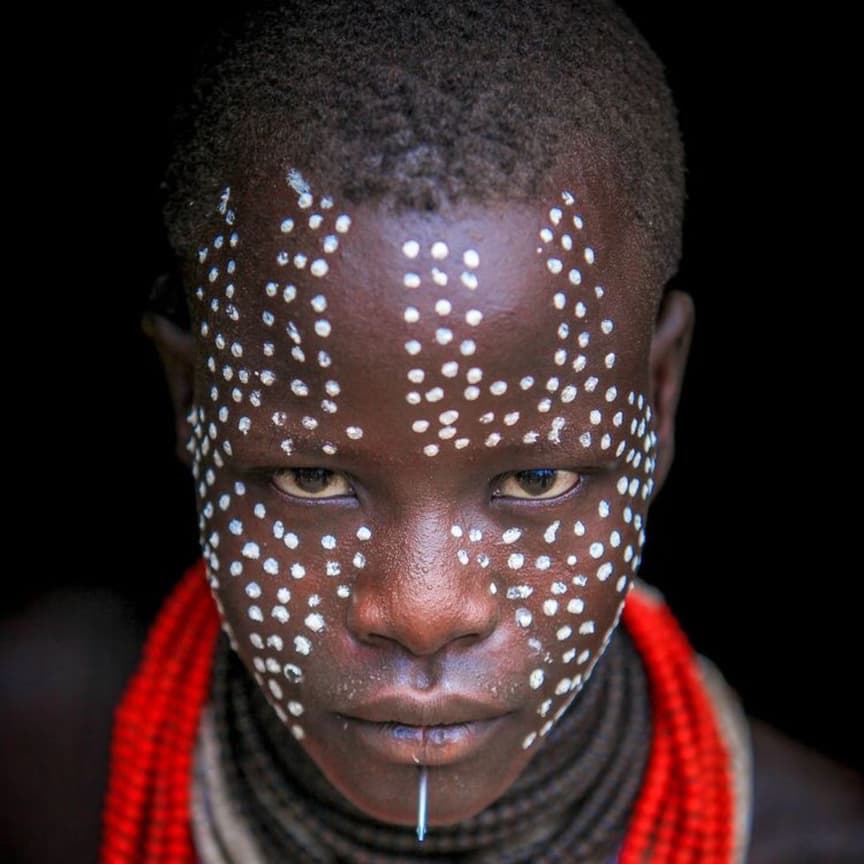 Face painting is an important part of Karo culture and is often done for special occasions such as weddings and holidays. The designs used in face painting vary and can be simple or elaborate, depending on the occasion and the individual’s preference.

Karo face painting is typically done using natural pigments made from crushed minerals and plants. The pigments are mixed with water to create a paste, which is then applied to the face using a small brush or sponge. The designs are usually symmetrical and may include geometric shapes, lines, and dots. 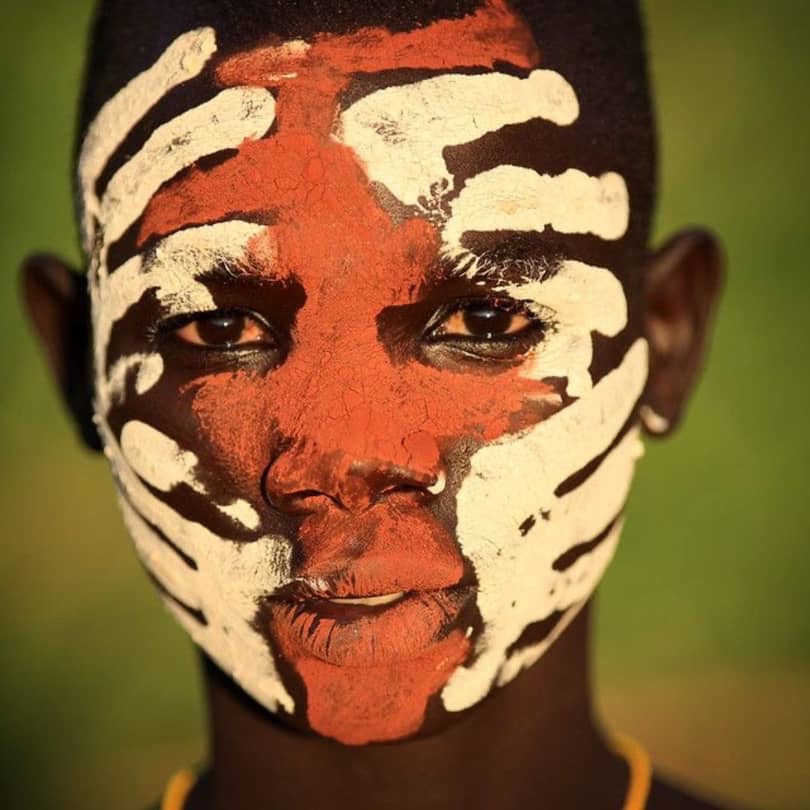 Suri face painting is often done using natural pigments made from plants and minerals. These pigments are mixed with water or oils to create a paint-like substance, which is then applied to the face using brushes or sponges. The designs and patterns used in Suri face painting vary from one individual to another, and can be influenced by a person’s age, gender, social status, and other factors.

Suri face painting is usually performed during special occasions such as weddings, ceremonies, and festivals. It is also common for Suri people to paint their faces as part of their daily dress and grooming rituals. 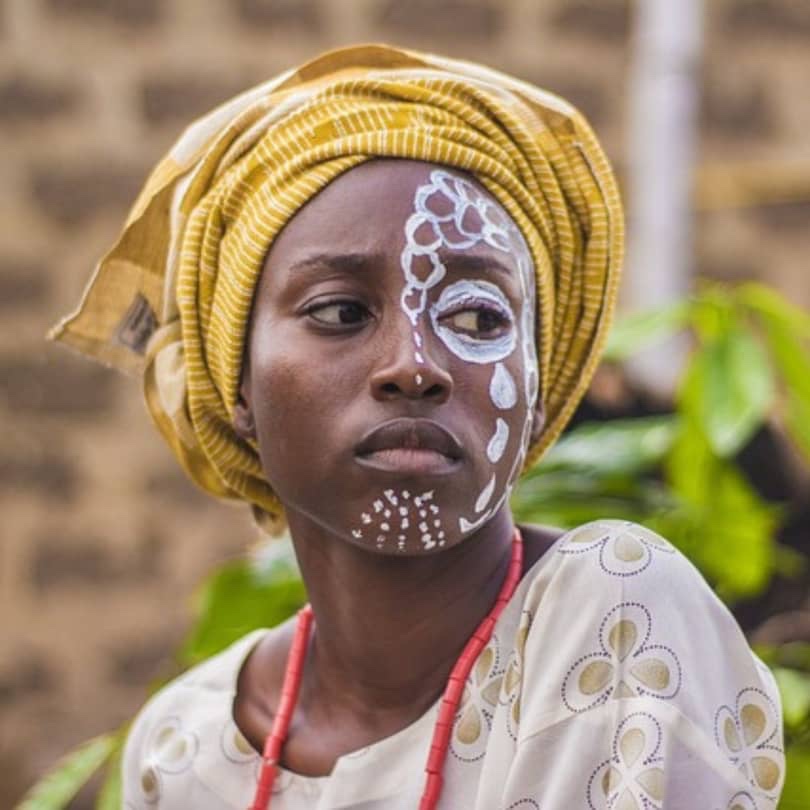 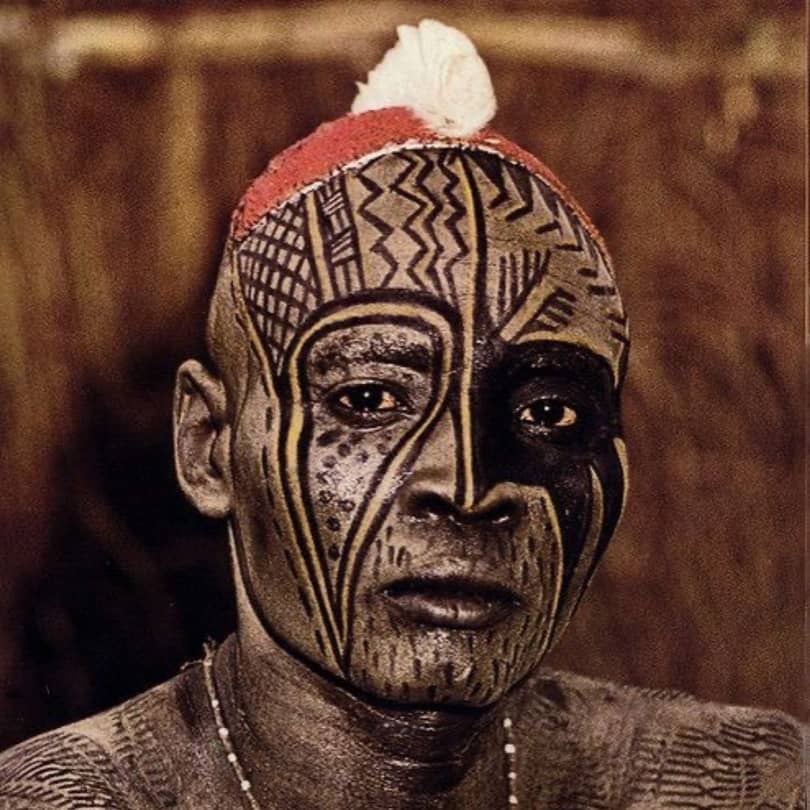 Nuba face painting is typically done using a mixture of crushed minerals and oils, which are applied to the skin using brushes or fingers. The designs and patterns used in Nuba face painting vary widely, and can range from simple geometric shapes to more complex and intricate designs. Some common themes in Nuba face painting include spiritual and religious symbols, as well as representations of nature and the natural world.

Face painting, or umchokozo, plays a big role in Xhosa culture, and women decorate their faces with white or yellow ochre, and use dots to make patterns on their faces. The decorations are sometimes painted over their eyebrows, the bridge of their noses, and cheeks.

The Xhosa tribe of South Africa also use face paint as a rite of passage. Boys entering adolescence undergo a ritual in which they’re separated from the rest of their tribe and embrace the mentorship of an older man. Once the ritual is over, they’re painted red. Among the Pondo people of South Africa, spiritual leaders paint their faces and bodies white because this establishes a mystical connection between them and their ancestors. 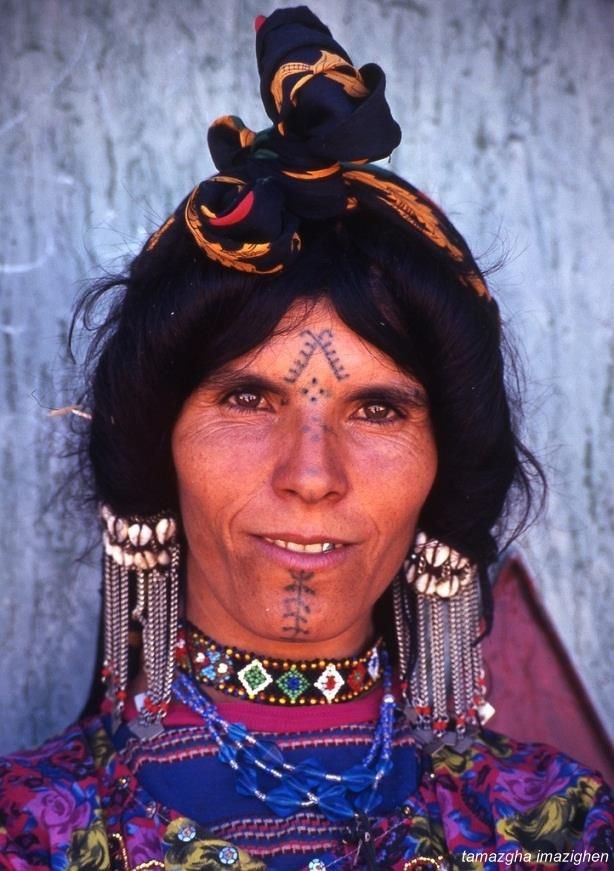 Berber women in Northern Africa paint their hands and feet with intricate henna designs called siyala for their weddings. (Henna is a reddish powder or paste made from the dried leaves of the henna bush).

In Algeria’s Aurès mountains, it used to be a tradition for Berber women to tattoo their bodies and faces. The shapes and symbols they used were both of cosmetic and therapeutic value, as the Berber community in eastern Algeria believed that tattoos could be used to heal illnesses and infertility.

The Wodaabe’s are known for their elaborate beauty pageants in which heavily decorated men compete for the attention of women. Men paint their noses with white clay and line their eyes with black eyeliner made out of egret bones. They adorn their faces with swirling symmetrical patterns of red, yellow, black and white. 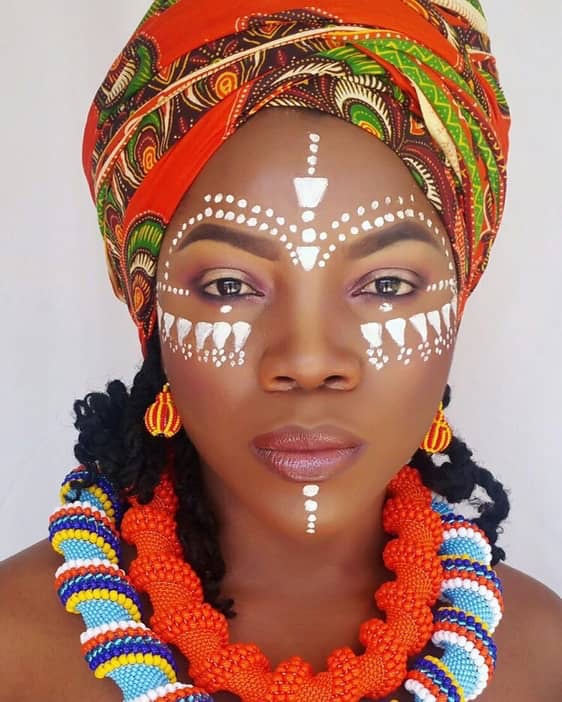 In modern Africa, face painting is also becoming more popular as a form of artistic expression and self-expression among young people. Many young Africans are using face painting as a way to express their creativity and individuality, and this has led to the emergence of new and innovative designs that are uniquely African. 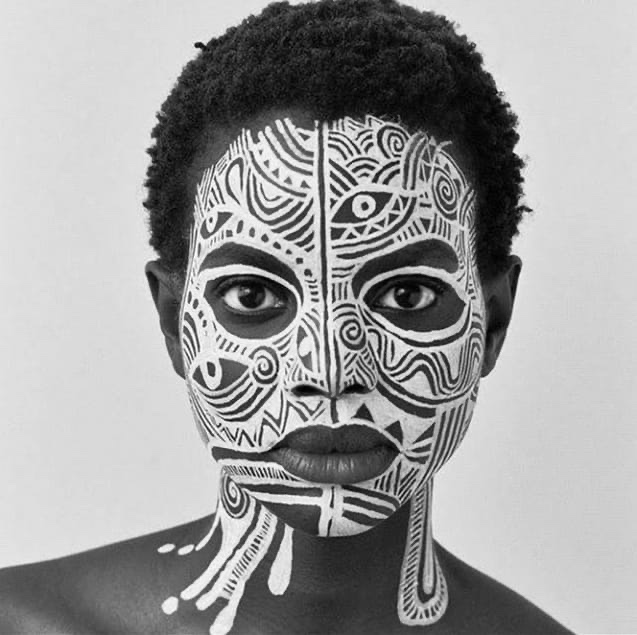 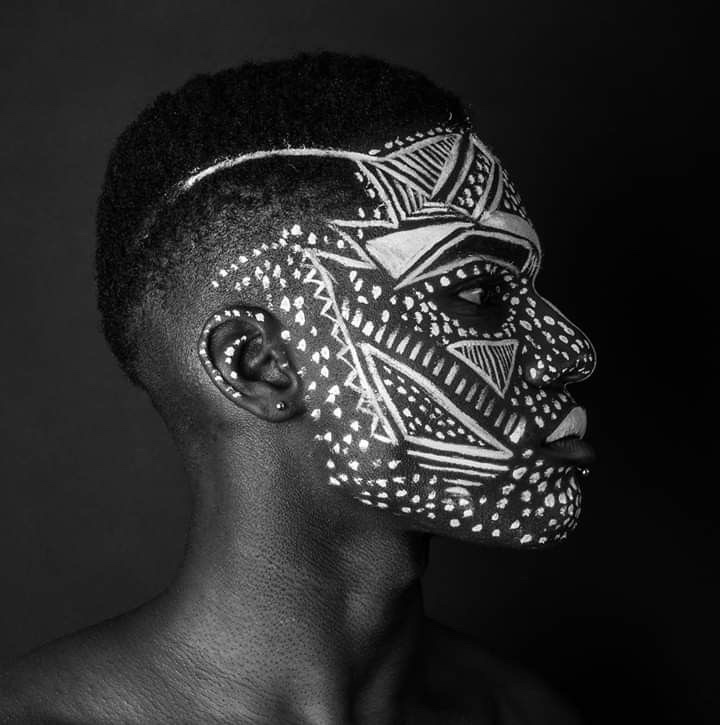 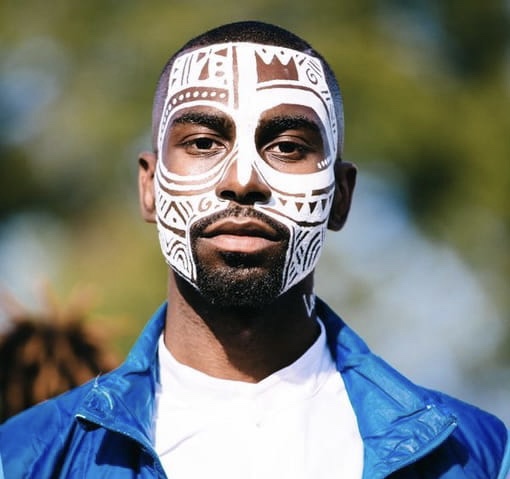 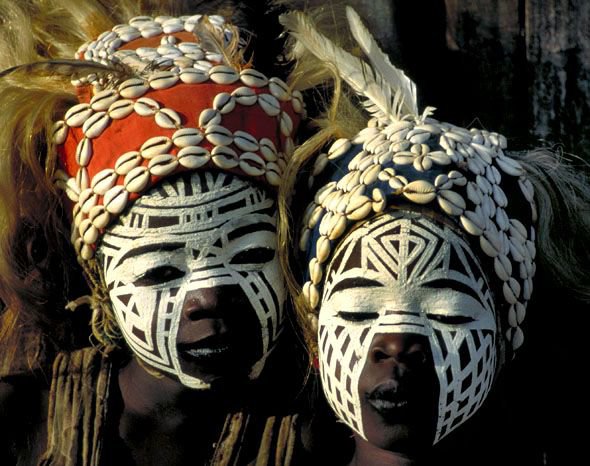 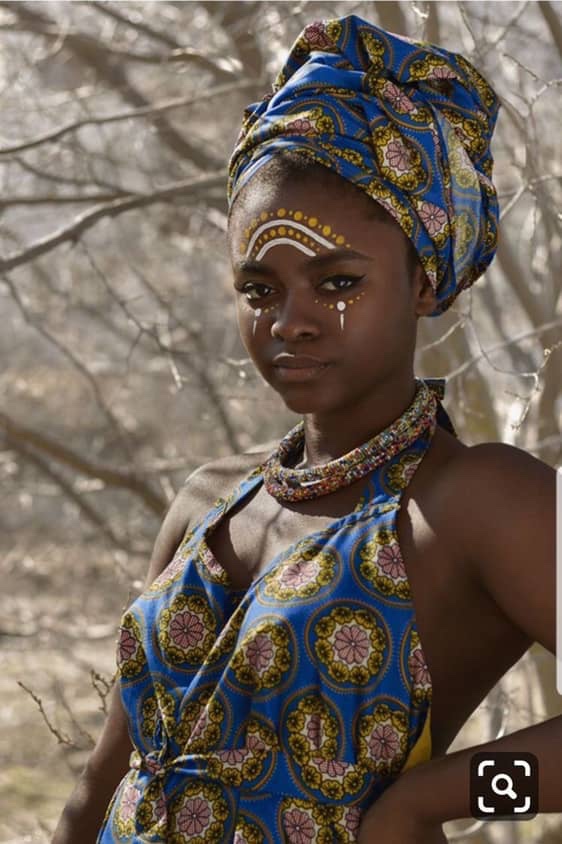 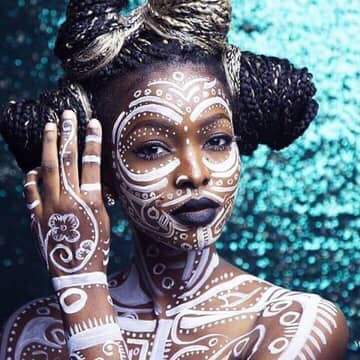 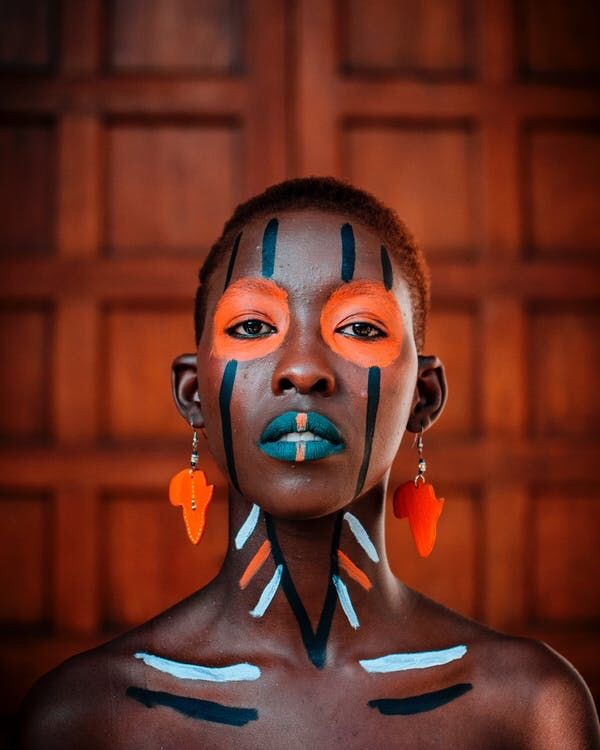 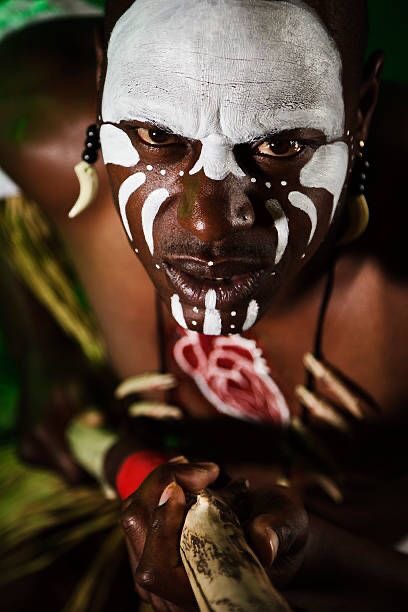 Previous article
Drapetomania: the Scientific Justification of Slavery and Abuse of Enslaved Africans in America
Next article
La Mulâtresse Solitude: the Pregnant Heroine Who Fought Against the Reintroduction of Slavery in Guadeloupe in 1802