La Mulâtresse Solitude: the Pregnant Heroine Who Fought Against the Reintroduction of Slavery in Guadeloupe in 1802

La Mulâtresse Solitude was a former slave and one of the heroine of Guadeloupe who rebelled against the re-establishment of slavery in Guadeloupe while she was pregnant. 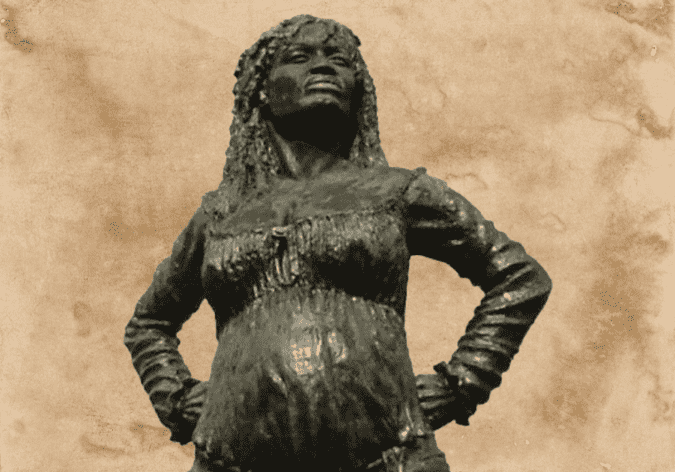 Solitude was born on the island of Guadeloupe around 1772. Her mother was an enslaved woman from Africa, and her father was a sailor who raped her mother at sea while she was being transported from Africa to the West Indies.

On the island of Guadeloupe, solitude who was known as “the mulatto woman” (the colonial term to designate a mixed-race person) worked as a domestic slave performing a range of tasks including cooking, cleaning, serving meals, caring for her master’s children and also running errands. She eventually gained her freedom in 1794 when the French National Convention enacted a law abolishing slavery in the French colonies and freeing all enslaved persons.

The freed slaves rejoiced at this news, and they set out to make the most of their newfound liberty. They worked hard to build new lives for themselves, taking on new jobs and starting families. They were finally able to live with dignity and respect, and they were grateful for the opportunity to create a better future for themselves and their children.

But in the years that followed, France faced significant political upheaval. Napoleon Bonaparte came to power and, in an effort to bolster his France’s economy, he reestablished slavery in France and all its colonies in 1802. His action spurred a new wave of violence in the Caribbean and also prompted a Guadeloupean rebellion led by Louis Delgrès.

Delgrès who was a military officer for Revolutionary France believed that Napoleon had betrayed both the ideals of the Republic and the interests of France’s colored citizens, and intended to fight to the death.

He issued an abolitionist proclamation “to the whole universe” and called for a “mass uprising”. He soon had more than a 1,000 combatants. Solitude, who was already visibly pregnant also joined the rebellion against france’s re-establishment of slavery.

Though pregnant, Solitude played an active role in the armed resistance, bearing arms in the battle of  May 8, 1802 and every other battle that was fought by the freedom fighters including the battle of Matouba. 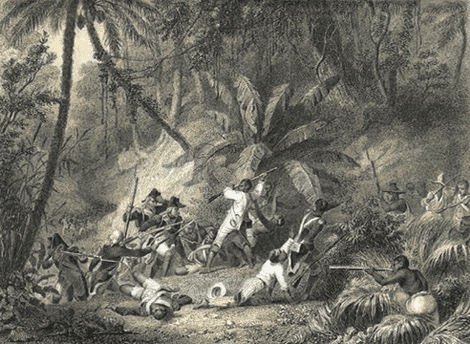 After losing many of their soldiers in battle and to sickness, the commander in charge of suppressing the uprising, General Antoine Richepance, decided to crush the rebellion in a brutal military operation from 10 to 28 May.

On May 21, 1802, with information they tortured out of a captured rebel, General Richepance stormed and surrounded the fort where refugees Delgrès, solitude and other rebels were hiding. Led by Delgrès, the insurgents put up a strong resistance at the fort, before being forced out of the fort on May 22 and onto the higher ground of Matouba.

Among the insurgents was Joseph Ignace who led a group for Pointe-à-Pitre to create a diversion.

Another group, led by Delgrès and Solitude, found refuge on Danglemont Plantation on the higher ground of Matouba, where they intended to put up resistance.

Surrounded by Richepance’s troops, and unwilling to hand himself to the french troops, Delgrès and a number of his men committed mass suicide by deliberately exploding their gunpowder stores in an attempt to kill as many of the French troops as possible.

Solitude survived the battle of May 28, 1802, but was caught and imprisoned by the French.

After her passing, Solitude vanished from history until the 1960s, though by that time her contemporaries, such as Delgrès, were recognized. Today, Solitude’s name adorns squares, avenues, a museum room in Guadeloupe, about three statues have also been erected in her honor.

Solitude’s legacy lives on today as a symbol of the struggle against oppression and the fight for justice and equality. She remains an important figure in the history of Guadeloupe, and her story serves as a reminder of the bravery and determination of those who fought for their freedom.