North Africa: Countries in North Africa, Their Language And Population

North Africa refers to a group of countries and territories occupying the northern region of the African continent. The countries include Morocco, Algeria, Tunisia, Libya, Sudan and Egypt. The people of North Africa are predominantly Muslim, and their primary language is Arabic. The Sahara Desert cuts across the southern portion of the region, separating the North from other Sub-Saharan African countries. 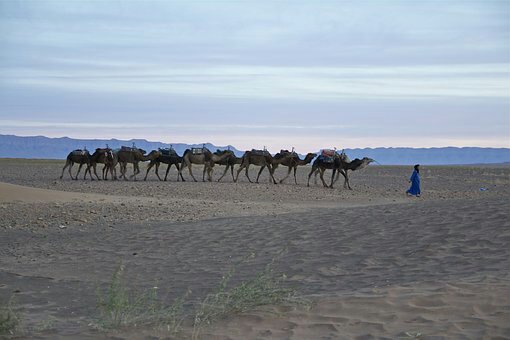 The People’s Democratic Republic of Algeria is Africa’s largest nation with an area of 919,595 sqm. As of 2016, the population estimate for the country was 40.4 million, making it the 33 rd most populous nation in the world. The capital city of Algeria is Algiers and the official languages of Algeria are Arabic and Berber.

The Kingdom of Morocco is also one of the Maghreb nations of North Africa. The country occupies an area of 274,460 square miles, and it is home to over 33.8 million people. The indigenous inhabitants of Morocco are the Berbers and even today, 99% of the country’s population are Arab-Berbers. The official religion of the state is Sunni Islam, while the official languages are Berber and Arabic. Morocco’s nominal GDP estimate for 2017 was $109.82, making it the fifth largest economy in Africa.

The Republic of Tunisia is a Northwest African country bordering Libya, Algeria, and the Mediterranean Sea. Its capital city is Tunis, and the official language of Algeria is Arabic. The state covers 63,170 sqm, and as of 2016, its population estimate was 11,304,482..

The State of Libya is Africa’s fourth largest nation with a total area of approximately 700,000 mi2 . Its administrative capital is Tripoli, and it also doubles as the country’s largest city with a population of over 1 million people. The official language of Libya is Arabic while Islam is the state religion.

The Arab Republic of Egypt occupies the Northeast portion of the African Continent and it is only separated from southwest Asia by the Sinai Peninsula. The country has a total area of 390,121 square miles, and its population estimate in 2017 was 97,113,900. Its largest city is its administrative capital, Cairo. The official language of Egypt is Arabic while Egyptian Arabic is its national language. Ancient Egypt is famous for being a cradle for civilization.

Sudan covers 1,886,068 sq km. Today, the country is widely recognized as an authoritarian state, whose legal system is based on Islamic Sharia law. Stoning is still a legal form of judicial punishment in Sudan. It is one of the fast growing economies in the world. the country’s population estimate is 38.65 million.