55-year-old Obama has topped the list of the world’s most admired women, beating out former titleholder Angelina Jolie, according to the study by YouGov. 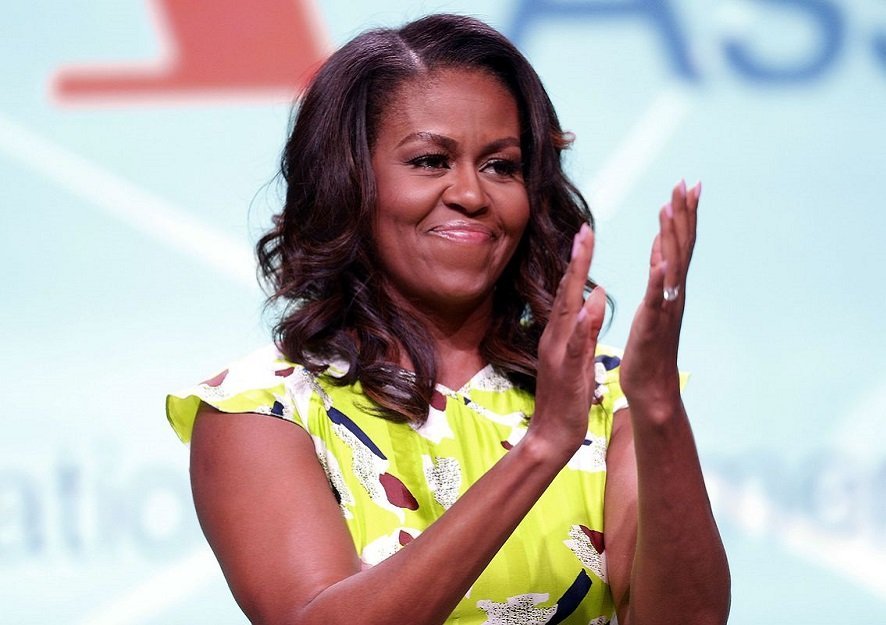 Former U.S. first lady, Michelle Obama, left the White House more than two years ago, but she continues to be greatly admired by people all over the world, a recent survey has shown.

The 55-year-old former first lady has topped the list of the world’s most admired women, beating out former titleholder Angelina Jolie, according to the study by YouGov.

The survey interviewed more than 42,000 people from 41 countries. Panellists were simply asked: “Thinking about people alive in the world today, which [man or woman] do you most admire?”

Obama’s husband, former President Barack Obama, was also named as one of the world’s most admired men, coming in second behind Bill Gates. He was named by just over 9 per cent of respondents worldwide, but in the U.S., his figures were higher. 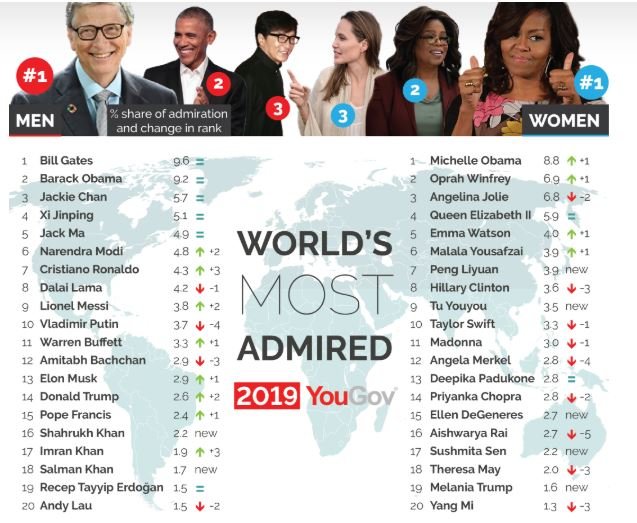 He was named the most admired man in America, beating out Donald Trump, Gates and Dwayne Johnson. Michelle Obama also topped YouGov’s list of most admired women in America.

Last December, the former first lady was voted America’s “Most Admired Woman” in 2018 , taking the title from Hillary Clinton who had been on the top spot for 17 years. This was according to a Gallup survey which asked Americans in an open-ended question, to name the man and woman living anywhere in the world today whom they admire most.

President Obama was the winner among men for the 11th consecutive year while the current leader, Trump, ranked second for the fourth year in a row.