Ovonramwen was a West African ruler who was the last independent king of the kingdom of Benin in present-day Nigeria. 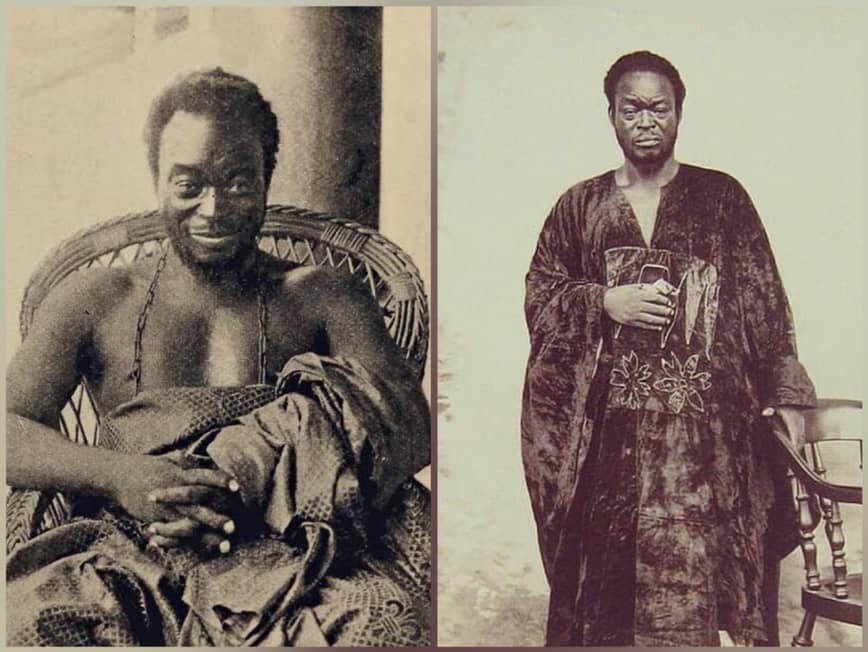 Ovonramwen Nogbaisi also called Overami, was the king of the Kingdom of Benin up until the British punitive expedition of 1897.

Born sometime around 1857, he was the son of Ọba Adọlọ. He took the name Ovọnramwẹn Nọgbaisi (Ovọnramwẹn meaning “The Rising Sun” and Nọgbaisi meaning “which spreads over all”) at his enthronement in 1888. 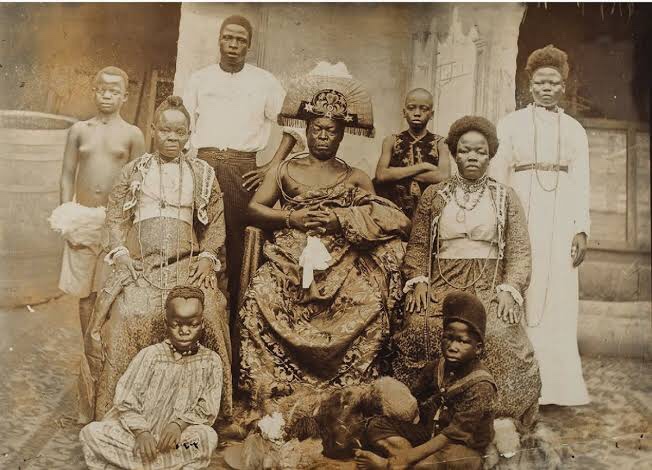 At the end of the 19th century, the Kingdom of Benin which was rich natural resources such as palm oil, rubber and ivory had managed to retain its independence. The kingdom was largely independent of British control and the Ọba exercised a monopoly over trade which the British didn’t like.

Trouble began for Oba Ovonramwen Nogbaisi in the early 1890’s when some influential group of British investors began pushing for the British annexation of the Benin Empire and the removal of the Oba.

Finally in 1896 after much calls from Vice-Consul James Robert Phillips and Captain Gallwey (the British vice-Consul of Oil Rivers Protectorate), a British invasion force headed by Phillips set out to overthrow the Ọba in 1896. 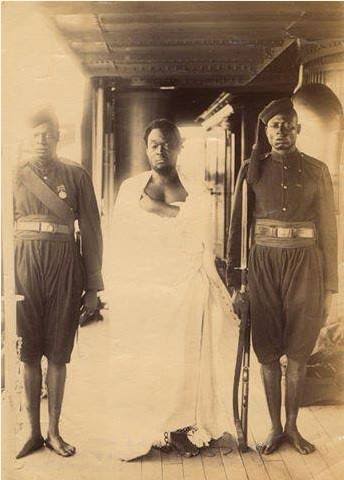 On their way to Benin the force’s weapons were hidden in baggage, with troops disguised as bearers. Phillips plan was to gain access to Ovonramwen’s palace by announcing that he intended to negotiate. But his plan fell through as his expedition was ambushed and all but two British officers were killed. Somehow Ovonramwen had learnt of his true intentions. 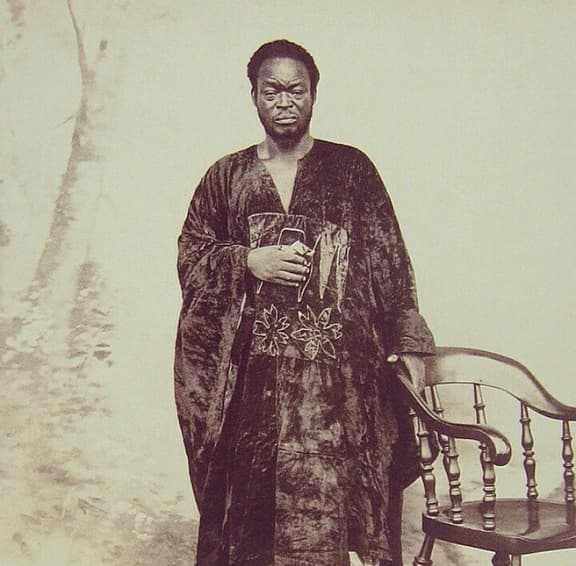 Subsequently, there was a follow up military operation against Benin in 1897 led by Sir Harry Rawson and it resulted in the razing of Benin City, the looting of the Benin Bronzes, and the destruction of the city’s fortifications.

Ovonramwen managed to escape, but after six months spent in evading capture in the forest, he returned to the city to formally surrender on 5 August 1897. He attempted to escape exile by offering Consul General Ralph Moor 200 barrels of oil worth £1500 at that time and to disclose where his 500 ivory tusks were buried (of a value of more than £2M at that time). However, this offer was dismissed as Moor had already discovered them. 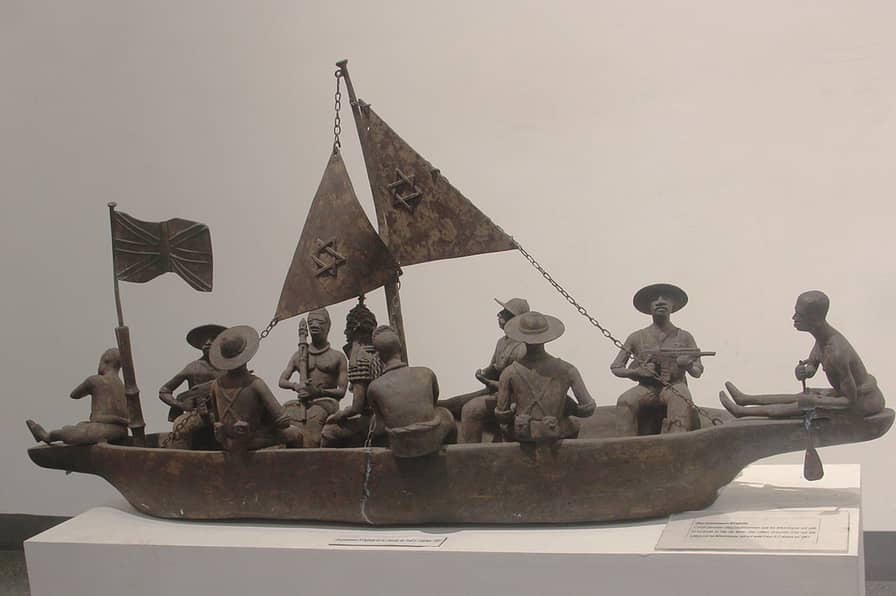 Sculpture of Ovonramwen being exiled, Museum of Black Civilisations, Dakar

Ovonramwen was trialed in accordance with British law, found guilty and was exiled to Calabar with two of his wives, Queen Egbe and Queen Aighobahi.

He was received and hosted in Calabar in a small town called “Essien Town” by Etinyin Essien Etim Offiong, the progenitor of Essien Town.

Ovonramwen died in January 1914, and Aiguobasinwin Ovonramwen was enthroned as the Oba of Benin on 24 July 1914. He took the name Eweka II after the 13th-century founder of the dynasty and the first Oba of Benin Eweka I.