Sankore Madrasah, also known as the University of Sankore, was an ancient center of learning located in Timbuktu, in what is now modern-day Mali. It was established in the 14th century by the Mali Empire’s ruler, Mansa Musa, and became one of the most renowned centers of learning in Africa. 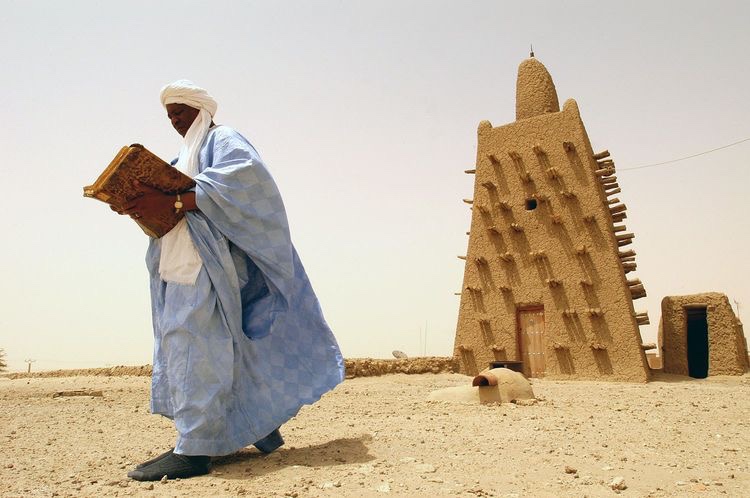 The history of Sankore Madrasah dates back to 988 AD. At the time, the city was home to a number of madrasahs, or Islamic schools, which were supported by wealthy merchants and scholars who were attracted by the city’s reputation as a center of learning and commerce. One of these madrasahs was the Sankore Mosque, which was founded with the financial backing of a Malinke woman in 988 AD. The Madrasa became one of the most important centers of Islamic learning in West Africa, and played a vital role in the spread of Islam and the promotion of education in West Africa.

In the 14th century, the Mali Empire, which was led by the powerful ruler Mansa Musa, emerged as a dominant force in West Africa. Musa, who was known for his wealth, piety, and dedication to education, was a strong patron of the arts and sciences and encouraged the development of the madrasahs in Timbuktu. He saw the madrasahs as a way to promote Islam and provide education to the people of his empire. As a result, he provided generous funding to the madrasahs and appointed talented scholars to lead them.

Under the patronage of Mansa Musa, Sankore Madrasah became one of the most prestigious centers of learning in Africa. It attracted scholars and students from all over the region, and its reputation as a center of excellence in Islamic studies, law, and other disciplines spread far and wide. The madrasah was known for its comprehensive curriculum, which covered a wide range of subjects, including theology, law, mathematics, astronomy, and literature. It was also home to a large library, which contained a vast collection of manuscripts and books on a wide range of subjects. 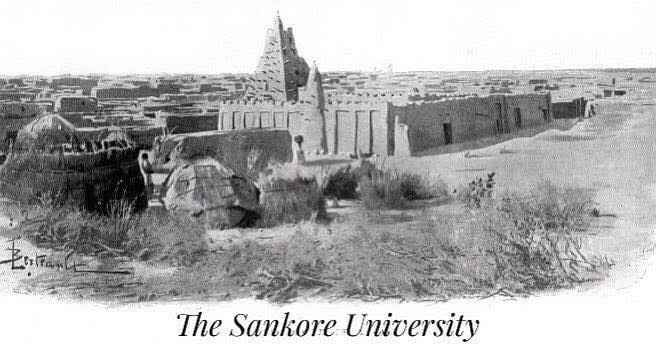 By the end of Mansa Musa’s reign (early 14th century CE), the Sankoré Masjid had been converted into a fully staffed learning institution with the largest collections of books in Africa. Sankoré University in Timbuktu had a higher level of education than many other Islamic centers around the world. While performing the Hajj, Sankoré scholars would engage in learning or teaching. One of the most important aspects of the university, where thousands upon thousands of manuscripts were written, was the trade in books within the Islamic world.

In addition to the libraries, the Sankore Madrasah had a number of other facilities, including a mosque, a courtyard, and a number of classrooms. The madrasah was also home to a number of scholars, who taught and studied there.

The University also managed to effectively house over 25,000 students, which was a fourth of the entire Timbuktu population at the time, in its 180 facilities.

The scholars at Sankore Madrasah made significant contributions to the fields of science and scholarship. They developed a system of mathematics based on the Indian numeral system, which was later adopted by other parts of the world. They also made important advances in astronomy, geography, and medicine, and their work was widely studied and respected throughout the Islamic world.

The most influential scholar of the school was Ahmad Bamba, the last chancellor of Sankoré Madrasa. He was the author of over forty books, with nearly each one constituting of a different theme. He was also one of the first citizens to protest the Moroccan conquest of Timbuktu in 1591. Eventually, he, along with his peer scholars, was imprisoned and exiled to Morocco. This led to the loss of his personal collection of over 1600 books, which was one of the richest libraries of his day.

In addition to its intellectual pursuits, Sankore Madrasah was also a center of cultural exchange and diplomacy. It played a key role in the spread of Islam in West Africa and served as a bridge between the Islamic world and the rest of the continent. Scholars from other parts of Africa, Europe, and Asia came to study at the madrasah, and it became a hub of intellectual and cultural exchange. 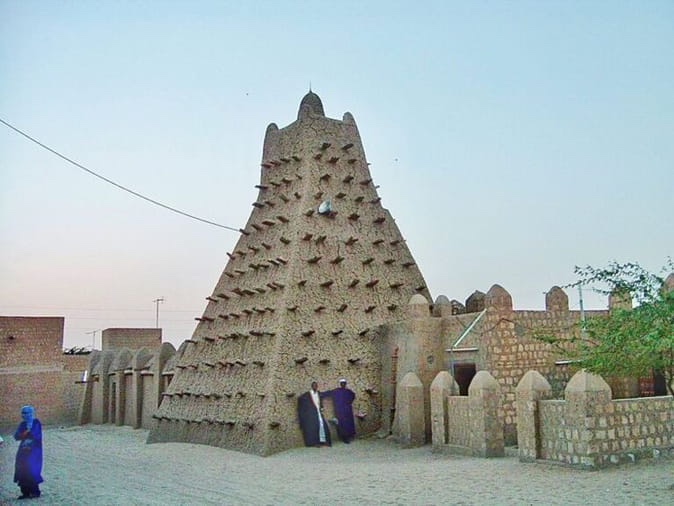 The Sankore Madrasah remained a center of learning for over three centuries, until it was destroyed by Moroccan invaders in the late 16th century. Today, the ruins of the Sankore Madrasah stand as a testament to the rich history and cultural significance of Timbuktu and the Mali Empire.

Despite its destruction, the legacy of the Sankore Madrasah lives on through the many manuscripts that were preserved and are now housed in libraries around the world. These manuscripts provide a valuable window into the intellectual and cultural achievements of the scholars who studied and taught at the Sankore Madrasah, and they continue to be a source of inspiration and knowledge for scholars and researchers today.

Previous article
Project Atlantropa: A German Architect’s Plan To Merge Europe And Africa Into One
Next article
The Ocoee Massacre of 1920: A Tragedy Born of a Black Man’s Quest to Vote