South Sudan ‘s President Salva Kiir has banned anyone from singing the national anthem unless he is present, according to a government minister. 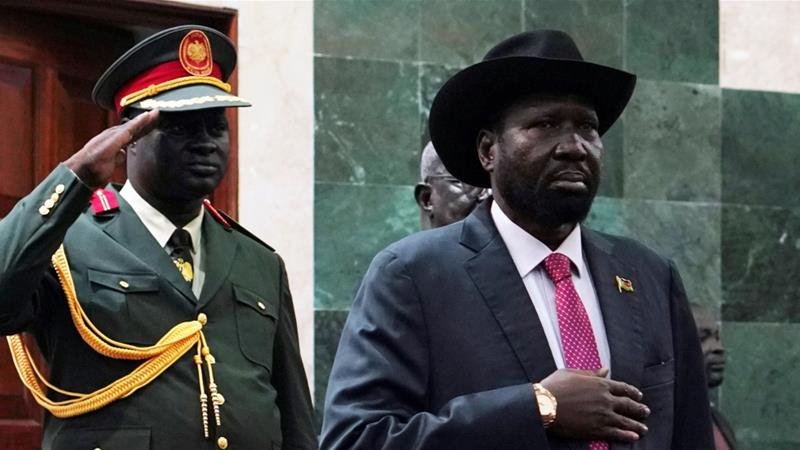 Information Minister Michael Makuei told AFP news on Monday that different leaders and institutions were playing the anthem at whim, which was an abuse of the national tune, written shortly before independence in 2011.

President Salva Kiir believes that the national song, which was written shortly before the country gained independence in 2011, is being misused, especially by some government officials in his absence.

“We’ve seen that the anthem is played even when the ministers, undersecretaries, the governor or state ministers attend any function. This order should be observed because the anthem is not meant for everybody,” said Information Minister Michael Makuei who announced the president’s directive.

“It’s been observed that the national anthem is being played all over,” he said.

Meanwhile, Makuei told the AFP that with the exception of South Sudan’s embassies, which represent the president, and schools where children are taught the anthem, no one was allowed to sing the song in Kiir’s absence.

In South Sudan, the national anthem is usually played or sung during national holidays, including Independence Day celebrations, and is also performed during cultural and other festivals in the country.

“It reflects the country’s history, struggles, and traditions of the nation and its people. And it also serves as an expression of national identity,” the Eye Radio report noted.

Citizens who feel that the national anthem belongs to everyone have expressed their anger over the latest directive on social media while others have shared their own renditions of the song.

South Sudan is the world’s youngest country since it gained its independence eight years ago from neighbouring Sudan on July 9, 2011, after a 2005 agreement to end the longest-running civil war that started since 1962.