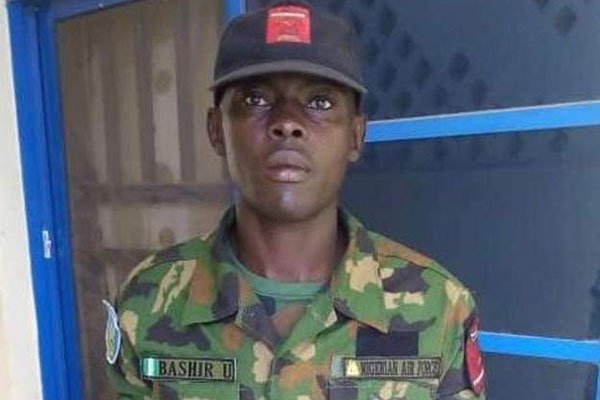 Bashir Umar is a member of the force’s Mobile Air Defence Team that is deployed to Kano airport, northern Nigeria, for security duties.

The air force in a statement said he was on routine patrol with his colleagues when he found a parcel containing the lost money at the Hajj Camp Market in Kano on Tuesday.

Instead of keeping it, the air force says the serviceman found a telephone number on the parcel which turned out to be the contact for the money’s owner.

Mr Umar will now be rewarded “so as to encourage other personnel of the service”, the air force says. Exactly how he will be rewarded is not clear.

Last August, the airport authorities in Lagos honoured two security guards for returning a “sum of money and expensive items”, and in September, a cleaner was commended for returning “lost valuable” of a passenger.