A Kenyan woman has come up with an innovative solution to enable Kenyan women pee while standing, consequently preventing them from sitting on infected public toilet bowls. 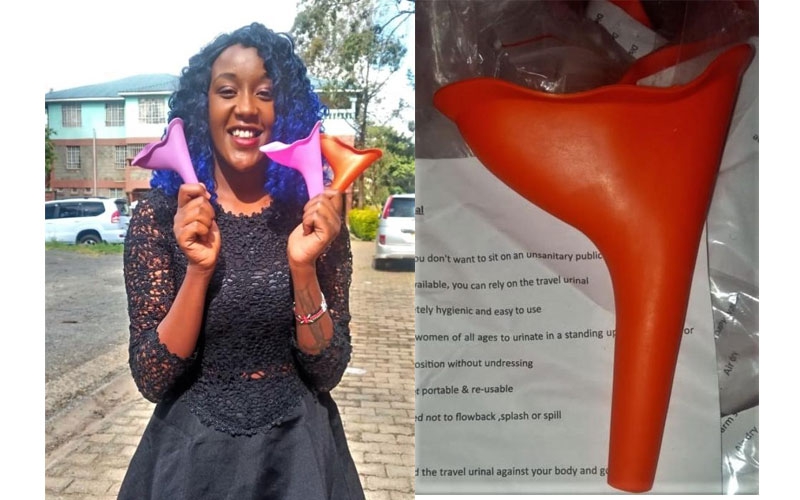 Ms Muthaka told BBC that she imported a peeing cup after suffering from urinary tract infections many times.

After using it and seeing a reduction in recurrence of infections, she decided to start selling the cup locally.

According to Njeri, the Susu Cup can play a key role in prevention of urinary tract infections in women.

“I have enjoyed the convenience and health aspect of this female urination cup. Knowing what women go through after they use dirty toilets, I have decided to enlighten women about it.”

The Susu Cup reportedly costs around $2 and according to Njeri, “there is no spill if you use it correctly.

“After use, you just shake or rinse it, fold and pack it in your bag but later wash it with soap.”

Doctors agree that the peeing cup can reduce infections.

“If you are not squatting to pee then it means you are not getting in contact to the toilet, then it reduces risk of infection. You can prevent a lot by using it,” said Dr Chris Obwaka.

Kenyan men are however saying that the cups go against the cultural set-up.

“This would be against the culture because we know that women should not pee while standing,” Simon Baraza told the programme.

The peeing cup sells for two dollars and Ms Muthaka says she has sold over 400 across East Africa.