The Second Scramble for Africa – Our Continent is a Sitting Duck… Must Read!!

​If people think this unique era of non-conquest is destined to last forever, think again. Yes, we’d all like to believe that the current man-made fairy-tale of definitive borders is set in stone for all eternity, but in reality, the future is anything but set in stone. 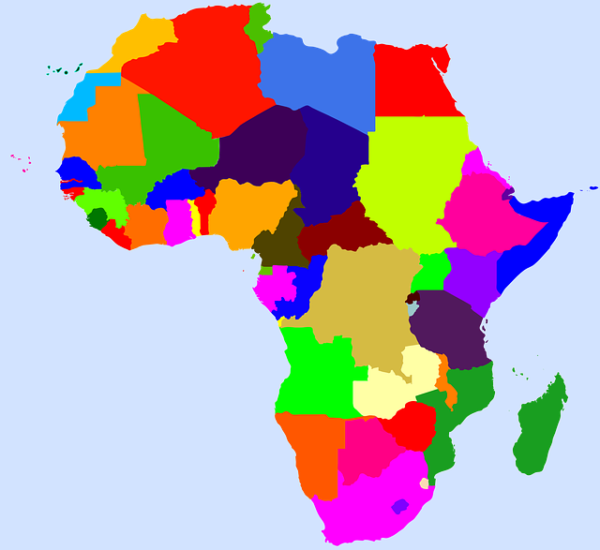 Human history has revolved around conquest for at least 10 000 years, with events as recent as WW2 having had the potential to radically redraw the world’s political map as we know it today.

Just imagine a world where Nazi Germany’s empire stretches across Europe, Russia and Africa; and Imperial Japan across China, South East Asia and Australia. This was very nearly a reality – fortunately averted by the courageous efforts of Allied forces.

Since the establishment of the United Nations (UN) in 1945, borders have remained relatively intact besides the dissolution of the Soviet Union and various other minor territorial amendments.

This is due to the fact that territorial conquest in the modern context is deemed unlawful, and if attempted will face global condemnation, stiff sanctions and potentially even military intervention.

But as the wave of anti-globalisation gains momentum, the UN is finding itself caught in a death spiral of declining influence. Not only that, the United States (US) and Europe are seen as waning champions of democracy, losing ground to their autocratic counterparts, China and Russia, as they stamp their unwavering authority around the world.

This spells serious trouble for the African continent.

Should the world ever enter a period of grave instability and isolationism, most likely triggered by a climate change (and rising sea level) worst-case scenario, then the UN might well find itself on the brink of obsolescence.

As parts of our world become steadily submerged, unproductive and uninhabitable, so nations will be forced to ‘seek alternative territory’ under the banner of ‘societal self-preservation’ … and Africa will be a tantalisingly easy target.

As a last resort, stronger nations facing the risk of ‘societal extinction’ would have to conquer other habitable, arable – and most likely already populated – lands to resettle their populations, thereby ensuring their societies’ survival into the future.

Highly concerning though, is that this second round of ‘colonisation’ would be utterly ruthless.

What history has revealed about colonisation

When looking at the post-colonial world today, it’s apparent that three of the world’s six inhabited continents remain largely in the hands of their original colonisers. These include North America, South America and Australia, which are all predominantly controlled by descendants of European settlers.

Contrasting these, are the two continents which were able to ultimately liberate themselves from their European colonisers. These include Asia (specifically China, India and South-East Asia) and Africa.

The core distinction that determined whether a continent remained colonised or not, was the size of the indigenous population in relation to the settler population.

In the case of the US, Canada, Australia and the majority of South American nations, huge numbers of colonists displaced the indigenous populations to the point of extinction – either directly through conflict/eradication, or indirectly through disease.

Once the settler population size constituted the majority in each of these nations, their colonial destinies were sealed. Not only this, the transition to democratic rule was greatly simplified.

Thus, an extremely dangerous precedent has been set. If, at some point in the future, a nation is forced to colonise inhabited territory in the interest of perpetuating the future survival of its own society, then, to nullify the risk of ever losing the territory gained, the indigenous population must be displaced from that territory in its entirety.

And, as the world descends into anarchy, it would quickly become a case of ‘survival of the strongest’ – i.e. those nations equipped with the most powerful militaries, led by people with the most ruthless resolve for their societies’ self-preservation.

Where does that leave Africa?

The African continent as a whole is hugely dependent on the international community at almost every level. This is emphasised by the fact that international intervention is called for whenever there are disease outbreaks , natural disasters, military coups, terrorist attacks, genocides or threats of mass starvation … to mention but a few.

But less recognised (and appreciated) is the blanket protection that the international community provides over the African continent. Right now, a second scramble for Africa is inconceivable because, firstly, there is currently no need for it, and secondly, the UN has sufficient clout to persuade any potential colonisers otherwise.

Unfortunately, the African Union (AU) has proven itself completely incapable and hopelessly equipped to deal with situations of this magnitude and/or coordinate a continent-wide defence program.

So if, for example, China did one day decide to invade East Africa to relocate its drowning coastal populations, the AU would immediately call upon the UN to intervene militarily and halt the invasion.

The uncomfortable fact is that continental Africa is conspicuously vulnerable to foreign invasion. And even though colonisation is, today, regarded as taboo, this viewpoint would likely thaw in a ‘survival of the strongest’ world.

This is Africa’s wake-up call

Right now, the AU should take charge of the continent’s long-term defence strategy. Yes, the world is a safe place today, but in a century’s time it might well be just as dangerous as it was two centuries ago.

My advice to African leaders is as follows: stop your corruption and patronage; stop and reverse your increasingly regressive political antics and economic policy; and, above all, stop vilifying and blaming the West for all of Africa’s largely self-inflicted failings.

Now is the time for Africa to wake-up and take cognisance of climate change, rising sea levels and the potentially lethal threat of a second scramble. Besides societal upliftment, African governments should dedicate a portion of their fiscus toward building up and consolidating our continent’s military defences.

Not only this, we should also be making a concerted effort to forge ironclad relationships with the West, because Africa might well need their military assistance one day in the not-so-distant future!

In closing, let me be clear that conquest/colonisation is repugnant and wrong – but we shouldn’t be complacent in thinking it will never happen again. So, if or when it does, Africa had better be prepared and ready to defend itself.